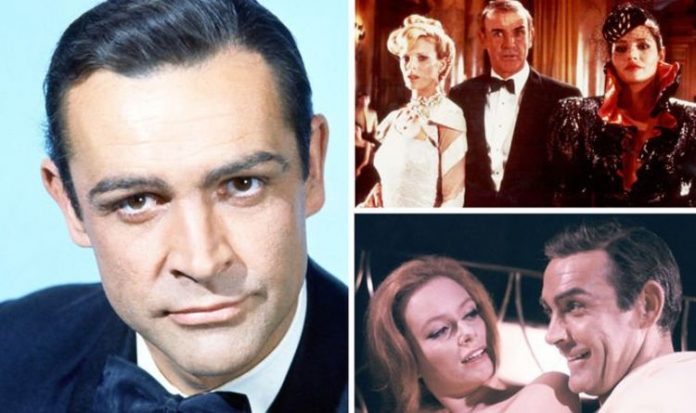 The 90-year-old was the first actor to bring James Bond to life on the big screen and played the iconic British spy seven times. While many await the release of Daniel Craig’s final appearance in No Time To Die next year, many will fondly recall 007 stars of the past. Connery, who is considered among the greatest, relinquished the role in 1983 after Never Say Never Again. But before his career-defining break as Bond, the Scottish actor had a number of other jobs – including a stint in the Royal Navy that triggered a previously unknown health condition.

Connery, who was born in Edinburgh’s Fountainbridge tenements, was nine years old when he secured his first job to support parents Effie and Joseph.

By the age of 16, he joined the Royal Navy where he trained to be an anti-aircraft crewman and was assigned to HMS Formidable.

But three years into his service, he was discharged after being diagnosed with duodenal ulcers – a condition that causes incapacitating ulcers to develop in the stomach and intestines.

Upon reflection, Connery claimed that he “didn’t have the equipment for the task” and admitted “the seafaring life wasn’t all that one had fantiscised it to be”.

He was frustrated by the hierarchy within the military branch and felt he would be unable to climb the ranks.

Connery continued: “I was a boy seaman and there was an ordinary seaman above me, and if you reached his status there was a naval seaman.

“Beyond that a leading seaman, and then a petty officer and a chief petty officer – and I was aware that I had not done enough to make this kind of progress.”

His military career came to a halt after the diagnosis despite trying to keep himself “emotionally in-check” and “never permitting an outburst”, which risked the condition worsening.

During one particularly bad flare-up he was hospitalised for eight weeks.

He said: “You can sense it flaring, this ulcer thing. Sean tightens up and you see it in his face. You just know he wants to be elsewhere.”

Connery was discharged from the Navy with a six shilling and eight pence disability pension but went on to work a number of jobs.

At one point, he went through three weeks as a coal deliverer, eight weeks in steelwork, as a company road worker, and an “any hours odd job man”.

While his mother Effie tried to pin him down to a single career path, he protested: “Give me room, I’m going to keep on going from job to job till I find the right one – and the right money.”

Biographer Mr Callan explained: “There was, friends suggest, almost an element of self-humiliation about the fury of effort Connery applied to some of these jobs.”

One acquaintance from the labouring world described that “money was all that really concerned him”.

He continued: “He didn’t give two hoots about quality of work or anything else. He just wanted cash to splash out on girls, to do things with.”

Connery worked tirelessly during this time – despite his disability – and went onto join a British Legion scheme to “help the young and disabled”.

He explained: “You could become a tailor or a barber or a plasterer or a plumber and I chose to be a french polisher.”

It was through this profession that he met a friend, who helped him to land a job working backstage at a theatre.

There Connery recognised his love for performance and the power, wealth and travel opportunities it could afford him.

Mr Callan explained: “Here at last he had found blood brothers, respected bohemians who lived by their wits, roamed endlessly, freely and were, incredibly, related to the stout-hearted riders of the gaff range.”

Sean Feeney Callan’s biography Sean Connery: The Untouchable Hero was published by Virgin Publishing Ltd in 1993 and is available here.