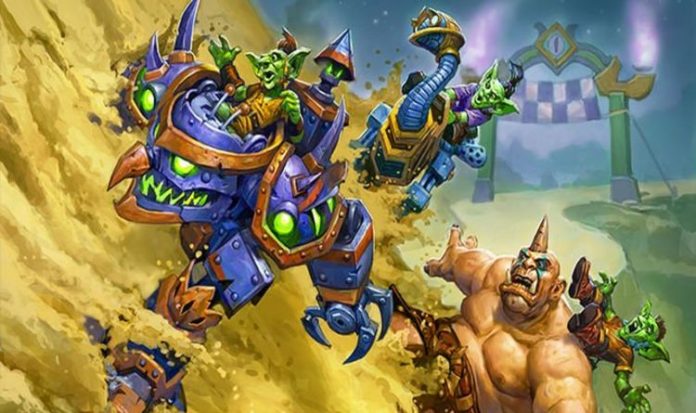 Hearthstone is getting more content this week, with a mini-set scheduled to launch alongside a chunky Battlegrounds update.

Blizzard has announced that the Darkmoon Races will get underway on Thursday, January 21, the same day patch 19.4 is released.

We don’t have an exact time for when everything is going to start but recent updates have been going live around 10am PDT in the United States, which could provide a rough estimate for this week.

As noted above, the big news is that Hearthstone’s next mini-set will be released this week, bringing new cards to the game.

As the name suggests, the Darkmoon Races Mini-Set will only include a limited number of cards (35 in total), with 4 Legendary cards, 1 Epic card (x2), 14 Rare cards (x2), and 16 Common cards confirmed.

These can all be obtained from Madness at the Darkmoon Faire card packs, while the entire 66 card set is available for purchase from the Hearthstone shop for $14.99 or 2000 Gold.

A message from Blizzard explains: “Strap yourself in and mount up at the starting line for the most perilous and high-octane competition in all of Azeroth: The Darkmoon Races!

“Doesn’t matter if it rockets, rides, gallops, or glides—it’s all fair game at the Faire once the starting wand is waved. The only rule is getting to the finish line in one piece!

“The Darkmoon Races Mini-Set includes 4 Legendary minions, 3 of which are Legendary racers that each hearken back to an expansion in the Year of the Phoenix!

“Card mechanics from throughout the year are making a return! That means you can expect creeping Corruption, Dormant dangers, Spellburst racers, and more Dual-Class flavours.

Heroic and Casual ratings will reset with the 19.4 patch, and new Achievements will become available for gamers to complete.

These new Hero Powers and Treasures can be unlocked by meeting the below criteria associated with your Collection:

Hearthstone Battlegrounds is also being updated with new cards and heroes, many of which are connected to the new Darkmoon Races expansion.

Tickatus comes with the Prize Wall [Passive] ability, which every four turns, allows gamers to discover a Darkmoon Prize.

Greybough is the other new hero, whose ability Sprout It Out! [Passive] gives +1/+2 and Taunt to minions you summon during combat.