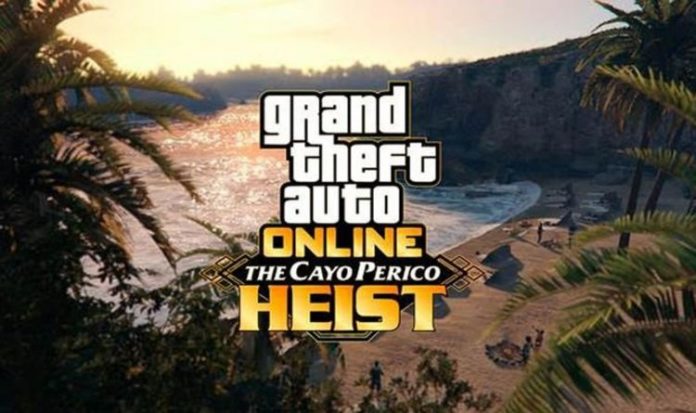 GTA 5 Online fans next month will see Heists return, with the Cayo Perico Heist launching on December 15. A day after revealing their first ever teaser trailer for the Heists return and the upcoming map expansion, Rockstar Games officially announced the highly anticipated inbound patch. The Cayo Perico Heist will see you infiltrate the remote island compound of GTA Online’s most notorious drug dealer.

The upcoming GTA 5 Online Heist has been dubbed “the biggest GTA Online adventure ever” which will introduce an all-new exotic Heist location and a new approach to Heists.

This will allow players to tackle the Cayo Perico Heist on their own or with up to three other players.

Announcing the GTA 5 Online Cayo Perico Heist, Rockstar Games said: “It’s time to raise the stakes higher than ever before. You’ve broken a convicted spy out of Bolingbroke Penitentiary. You’ve saved the world from an egomaniacal tech billionaire. And you’ve beaten the odds to drain a casino of its cash. This time, you’re taking on an entire island.

“Prepare to infiltrate the remote island compound of the world’s most notorious drug dealer in Grand Theft Auto Online’s biggest, most daring, and action-packed addition yet: The Cayo Perico Heist.

“It’s up to you to find a way to breach Cayo Perico, one of the most secure private islands in the entire world, evade or neutralize the heavily armed security forces stationed there, and escape with valuable evidence along with as much art, gold and drug money as you can carry.