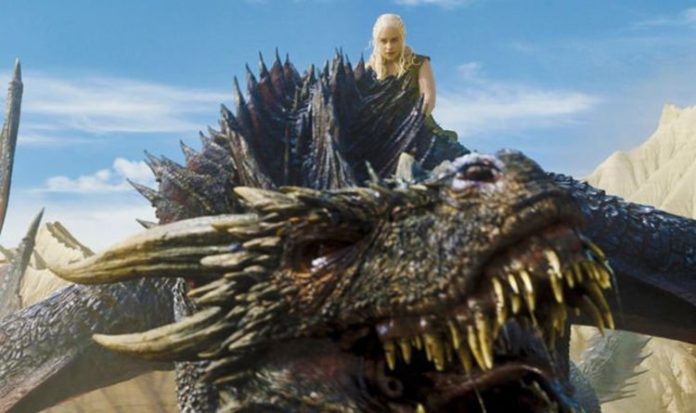 The fundamental genius of Martin’s extraordinary source novels is that everything makes horrible sense. His unsettling grasp of human nature means even the worst behaviour has a chilling truth at its bitter heart. Likewise, his world is meticulously mapped out – geographically, historically and socially. The major flaw with the final season of the HBO adaptation wasn’t the relentlessly disappointing betrayal of endless major plotlines, it was the fact that they made so little sense. Even worse, a new book has revealed exactly why they happened and why the books won’t follow down the same terrible path.

The new book, Fire Cannot Kill A Dragon, is a comprehensive look behind the scenes at the making of the TV show.

Not only does it include eye-opening conversations with author Martin himself, it also features no-holds-barred revelations from the showrunners, DB Weiss and David Benioff.

It is already well-known that Martin gave them the most important ending points for his saga, but the producers have just admitted the rather horrifying reasons they made some of their most controversial decisions.

One in particular involves Dany and her poor dragons.

READ MORE: Game of Thrones: George RR Martin confirms that the most controversial final scene WILL happen in the books

One of the most intensely frustrating problems with the final episodes on HBO was the way intricate and powerful storylines were summarily tossed away after being built up over the previous seasons.

The dragons, for example, are a major and central part of a saga that is actually called A Song of Fire and Ice, presumably after the actual fire-breathing creatures.

There are three of them, matched to the portentious three-headed dragon prophecy and fan excitement trying to figure out who else would ride them

On the show, however, Rhaegal was randomly hit by a single scorpion bolt to the neck when, for the rest of the series, hundreds of the contraptions couldn’t hit the side of a barn (or a dragon).

In the new book, they say: “We were talking about breaching the Wall and trying to figure out what pieces we already had on the board without introducing new deus ex machina pieces. What was in the world already that could conceivably knock down the Wall?

“Just getting the Night King past the Wall didn’t do it; just getting the White Walkers past didn’t do it. You needed to get an army of a hundred thousand dead men past the Wall, which means a giant hole. We were racking our brains as to what could do that. Then we realized there would be something massive in the show – they weren’t massive at the time we thought of this – and that was the dragons. But getting a dragon north of the Wall was tricky.”

So, basically, it means they wrote to retrofit a plotline, working backward from where they needed to be. They needed a dragon to blast down the Wall, so they quickly made up any old nonsense to make it work.

Except it didn’t and it fatally undermined faith in the integrity and internal laws of the world of Westeros. Fans had already long suspected this of far too many other disappointing storylines as the final seasons progressed.

The one hugely positive takeaway from all this is the hope that it means Martin will do something very different in the final two books.

Remember for starters that the Night King (so far) doesn’t even exist in the books, so nobody will ride or control a wight Viserion, even if he does get iced.

Daenerys will still almost certainly die, but before that, we may get to see three dragon riders. Our money is still on Tyrion…