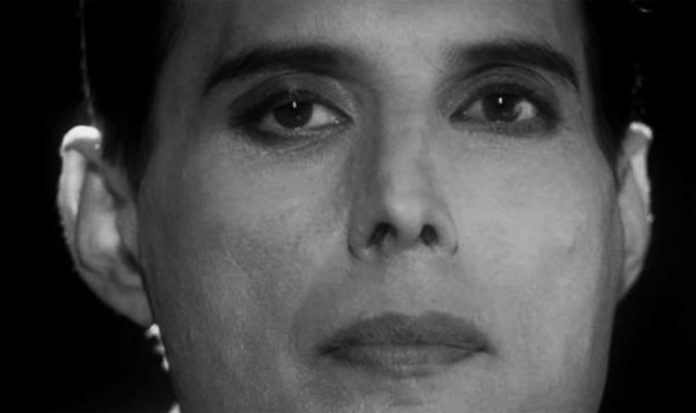 Freddie was famously flamboyant and full of life. So it is heartbreaking that he is so commonly remembered as a diminished and depressed figure in his final years. At the time, the press described an abandoned and sad man dying “miserable and alone.” A week after his death, Queen bandmates Brian and Roger appeared on the popular breakfast show TV-AM and blasted the way he had been portrayed.

The interview is notable for the absence of the surviving third member of the band. It marked the first indication that John Deacon was starting to withdraw from the public and from the group.

During a heated conversation on air, Roger Taylor called some of the tabloid reporters “sick devils… They made stuff up because they couldn’t get inside. (Freddie) was hounded for the last 18 months of his life. He was a prisoner inside his own house.”

Brian May said: “It’s all crap. The proper story has to be told somehow. The papers were full of various things, scarcely relevant about the funeral and everything.”

So, what were Freddie’s final months really like? Brian and Roger paint a picture of a man surrounded by love.

READ MORE: Freddie Mercury Why he left Mary EVERYTHING in his own beautiful words

The press reported that Freddie had lived and died a promiscuous, empty and lonely life.

May said; “That makes us very angry. Certainly, he wasn’t wildly promiscuous. He wasn’t consumed by drugs.

“He had a very responsible attitude to everyone he was close to. He was a very generous and caring person… As he moved from one relationship to the next one he was always aware of the effect he was having on people’s lives.”

This is evident in the way Freddie stayed so close not just to Mary Austin, but to ex-boyfriend Joe Fanelli, who also lived at One Garden Lodge, with Freddie and new partner Jim Hutton.

SCROLL DOWN TO WATCH THE FULL INTERVIEW

May said: “He didn’t die alone. He died with a very stable and loving relationship which people don’t see fit to report. It’s all crap. The proper story has to be told somehow…

“Nobody says there were actually three guys who were very caring, who were with him to the end. Nobody mentions that. And one in particular. He had a total stable relationship, contrary to what everyone knows.”

May, of course, is referring to Hutton, but also to Fanelli and the third member of that group, Freddie’s PA Peter Freestone.

The trio, regarded as Freddie’s “inner circle”, along with Mary Austin and close friend Dave Clarke  were with him every hour of every day, at the end.

Taylor emphatically added: “He wasn’t alone and he wasn’t miserable.”

In the final week, he allowed his family and the most trusted friends like Freddie’s Queen bandmates or Elton John were able to visit.

Peter, Jim and Peter were there holding his hand when he was awake and watching over when he slept. Mary kept vigil and stroked his hair. Dave was there at just before 7pm on November 24 when Freddie finally slipped away.

Just as he had been in life, Freddie died surrounded by love.