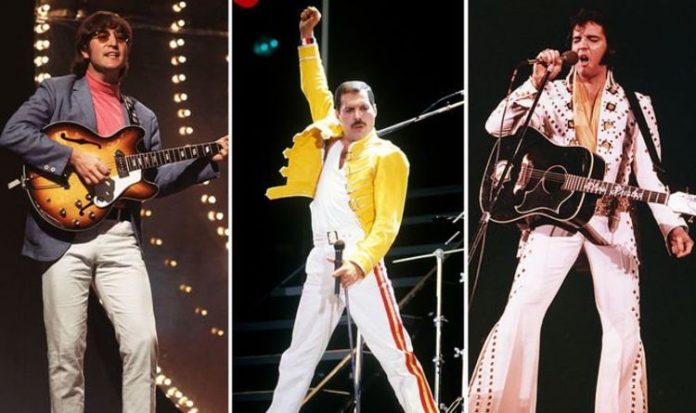 If you could travel back in time, what famous dead star or historical figure would you most like to meet? Well in a new UK poll conducted by Klook, the world’s most searched travel activities platform, 2000 Brits were asked. And the results have seen Queen singer Freddie Mercury top both the likes of Elvis Presley and The Beatles’ John Lennon.

Freddie Mercury came second on 6 per cent of the vote, right behind his close friend Princess Diana on 8 per cent on the top spot.

While The King of Rock and Roll himself, Elvis Presley, was just behind on 5 per cent.

And The Beatles legend John Lennon was a bit further back on 3 per cent of the vote.

Here is the full Top 10 of dead stars and historical figures that Brits would most like to meet if they could time travel.

READ MORE: Queen and Freddie did what The Beatles NEVER could says Brian May

While the 1910s, when the First World War took place, was the least popular decade to visit on just 2 per cent.

Potential chrononauts can grab a £1 ticket to time travel when the technology is made available.

The early bird £1 price is expected to increase “once initial testing is complete with a one-way trip likely to cost in the region of £10,000.”

Recent research by The University of Queensland revealed the existence of closed time-like curves.

This would allow someone to travel back in time and interact with their past self.

Just when are where would you go if you had a TARDIS or DeLorean time machine?