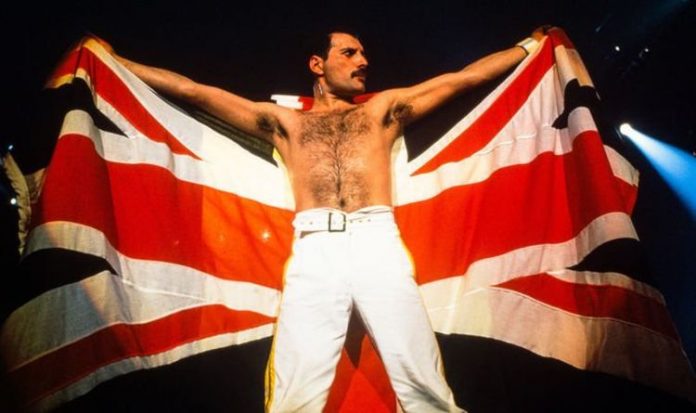 It has been almost 30 years since Freddie Mercury died, but his legacy has been kept alive by Brian May and Roger Taylor in Queen and Adam Lambert. Additionally, 2018’s Bohemian Rhapsody movie has brought in a whole host of young Queen fans. In fact, the band which celebrates the 50th anniversary of its final line-up this year, finished 2020 in an impressive position on the Official UK Top 40 best-selling vinyl albums.

Queen’s Greatest Hits end up in the UK Top 10 in seventh place, just ahead of AC/DC’s 2020 album Power Up. While Freddie Mercury’s band also came eighth in the regular albums chart.

The 1981 Queen album includes much-loved songs from the band’s first decade together including Bohemian Rhapsody, Another One Bites The Dust and Don’t Stop Me Now.

Meanwhile, Queen and Adam Lambert’s NHS charity single You Are The Champions limited edition single finished No 34 in the vinyl singles charts.

Here are the full Top 10 of the UK Top 40 best-selling vinyl albums.

Just 11 albums have taken 10 years or more to break into the Billboard 200’s Top 10. Only one album beat Queen’s Greatest Hits’ 39 years and one month after release record.

Additionally as of August 2020, Queen’s Greatest Hits has spent over 900 weeks on the UK Albums Chart.

The album, therefore, holds the record for the most weeks on the UK Albums Chart. While in the UK, the record has been certified 20x platinum, with sales of over 6 million copies.

Meanwhile, Queen and Adam Lambert released a live album last year in Live Around The World.

The band thought the time was right considering their UK and European summer tour dates have been postponed to 2021.

The Rhapsody tour is currently set to resume on May 23 in Bologna, Italy while Queen and Adam Lambert will perform a 10-night residency at London’s The O2, plus two shows a piece in Manchester and Birmingham.