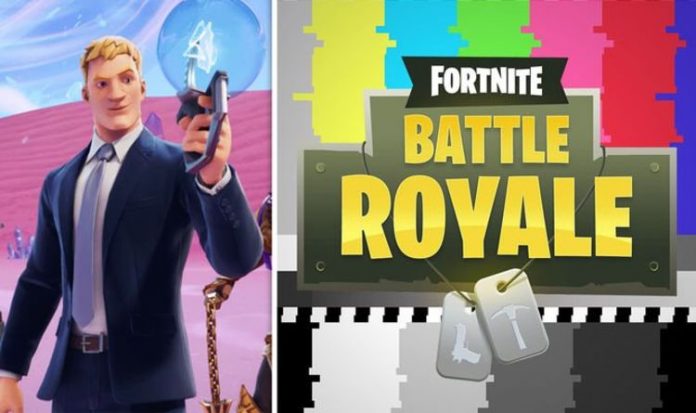 Fortnite developer Epic Games is getting ready to release what is likely to be the final major update of Season 5.

The new update will launch alongside a period of server downtime at 9am GMT in the UK.

The news was announced by Epic Games on Twitter: “A new update rapidly approaches.

According to the patch notes, the new update will remove the Hand Cannon from the game, while unvaulting another item.

Likewise, a new island size will be added to Creative, and there will be localised Featured Creative Hub support.

The new update will almost certainly lay the foundations for the end of season event, which is tipped to take place this weekend.

Fortnite update 15.50 patch notes can be seen below. Express Online will update the article with additional patch notes when they are revealed.

• The Hand Cannon heads back to the vault, while another item returns. Spread the news!

• Snowy Floppers do not grant Shield or Icy Feet.

– Sometimes consuming a Snowy Flopper will heal you but not not give the icy feet effect.

– Cars do not consistently damage objects or players upon impact.

– Rift Fish and Jellyfish have been temporarily disabled due to issues, and thus cannot be caught.

• Total Bars appearing as 0 when loading into a match with high latency.

– Total Bars may appear as 0 when loading into a match with high latency.

– Don’t worry: your total collected Bars are still tracked – but collecting Bars in the match where they appear at 0 will not add to your cumulative total.

– Players playing in Split Screen may have difficulty playing another match together due to the “Ready Up!” option not working properly.

– We’re investigating an issue that is causing some players to be unable to change to creative mode.

– The inventory menu selector may appear on multiple slots simultaneously instead of just one.

• Camera may hitch near a car after exiting.

– Players and Spectators may notice inconsistent camera behaviour or stuttering after being near a Car they recently drove then exited.

• 3D resolution reset itself even if the player saved the settings

– The 3D reset itself to 75% on each launch of the title, even if the player saved their settings to 100% in the last session.

– Players are shown a ‘Keep These Video Settings?’ message and are unable to change their custom controls.

• Unable to edit colour Styles for the Phantasmic Pulse Pickaxe in the Locker.

– Players are currently unable to change the color of the Phantasmic Pulse Pickaxe from the Boundless Set.

• Long loading screen after completing a session on PlayStation/Xbox.

– When playing Fortnite, players cannot create system-level parties that include players on both PS5 and PS4.