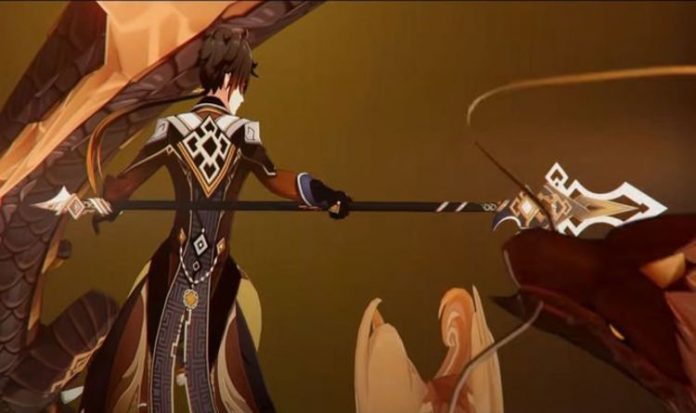 Genshin Impact is getting some exciting new content this week with the release of update 1.3, and some older characters, like Zhongli, are getting revamped.

Developers MiHoYo has confirmed that they will be launching new character Xiao with the game’s next big patch, scheduled to drop on Wednesday, February 3.

Xiao will introduce a range of new talent while firing off burst damage while being highly manoeuvrable.

The new five-star character will perform up to six rapid strikes in Normal Attack, while his Charged Attack Consumes stamina to perform an upward thrust.

The most eye-catching new talent is the Bane of All Evil elemental burst, which Improves a number of stats, including Xiao’s jumping ability and DMG rates.

This talent also converts DMG to Anemo, and it sounds like the aerial attacker will be most useful during his Bane talent, even if that means pairing with a healer or quickly swapping him out.

But while the Xiao Banner is going to be a big draw for Genshin Impact 1.3 players, it’s the not only big thing being planned.

The promised Zhogli re-work is also launching with this week’s update, and it promises to buff his GEO talents considerably.

Developers MiHoYo is making changes to all GEO characters, and much of this comes down to how under-powered Zhongli felt at launch.

The feedback from fans has led the development team to focus on Zhongli’s strength in practical combat, the finer points of his ability usage, and the overall Geo construct system.

This is all packaged in this week’s Genshin Impact 1.3 update, and the early patch notes confirm how things will play differently with Zhongli after February 3.

It’s hard to tell if all of these changes will be enough to please Genshin Impact gamers, who only need to wait a few more days before they can try them out for themselves.