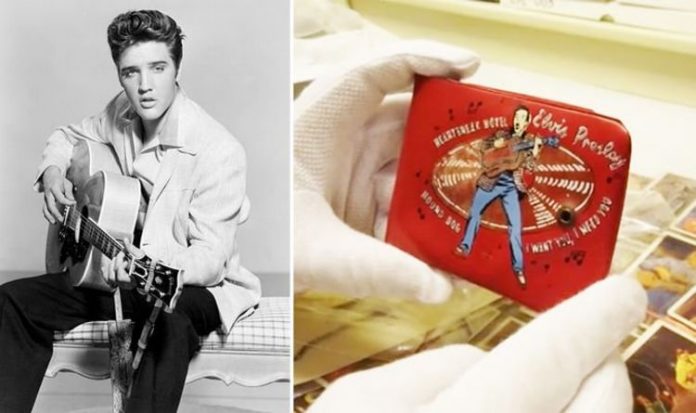 Back in 1956, Elvis Presley became an international sensation, which his business-savvy manager Colonel Tom Parker took full advantage of with a major marketing plan. According to Graceland, Elvis was one of the first artists to have his name, image, and likeness on everything from bubblegum cards to shoes. Now personal pieces of The King’s 1956 memorabilia have been shown off in a new video from inside the top-secret Graceland archives.

They included everything from The King having a vacation to studying a script, to an on-set photo from one of his Hollywood movies.

Angie revealed that in just six months during 1956, Elvis memorabilia made over $20 million in sales.

Adjusted for inflation that’s over $190 million in today’s dollars.

However, when Hanks’ coronavirus diagnosis and the lockdown closed down production, both stars had to withdraw from the movie due to being committed to other projects.

The Elvis movie is shooting in Queensland, Australia and Baz has shared a couple of set photos of himself wearing a TCB (Taking Care of Business) facemask.