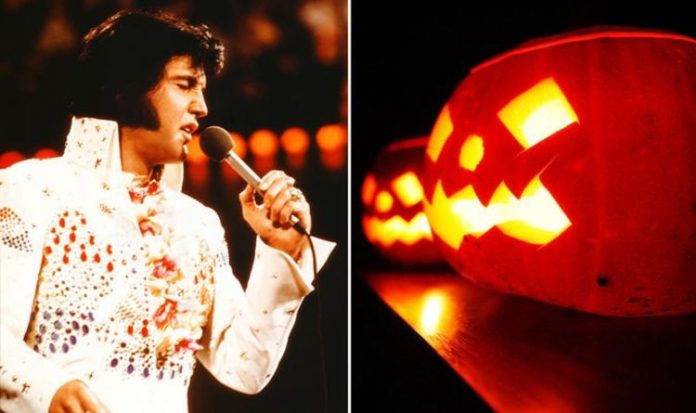 As Halloween approaches, have you ever wondered what Elvis Presley thought of the holiday? Well now his cousin Billy Smith, who lived at Graceland with The King, has shared what the star really made of Halloween and trick or treating. During one interview from a couple of years ago, Billy said how Elvis used to go trick or treating as a kid in Tupelo, Mississippi.

Billy said: “Even after we moved to Memphis, he’d go around locally and trick or treat.”

However, The King wasn’t actually that taken by Halloween itself, instead being distracted by other interests.

Elvis’ cousin added: “He was not a great fan of the trick or treating or Halloween. He liked it alright, but mostly it was for everybody else.

“He was more interested in other things at the time.”

Joining her husband Billy on their son Danny’s Memphis Mafia Kid YouTube channel, she said of their times at Graceland with The King: “We were always doing crazy stuff.

“[One day] we went out to Graceland and Elvis was getting ready to go to the airport.

“Billy was wearing one of these masks and Elvis just died when he saw him.”

While their mother Jo added: “If it was a bad night out, we’d just decorate inside the house and put up scary stuff.

“Billy would chase them and then he would go and hang upside down in our closet and turn his eyelids up.

“And when they jerked the closet door open, he’d been hanging with his eyelids turned up!”

Meanwhile, this week Elvis featured in a Klook’s UK poll of dead stars Brits would most like to meet if they could travel back in time.

While also just behind The King were The Beatles’ John Lennon, Stephen Hawking and Robin Williams.

Elvis Presley died aged 42-year-old on August 16, 1977 at home at Graceland, upstairs on the toilet where he had a heart attack.

The King is now buried at the Memphis mansion’s Meditation Garden alongside his parents, grandmother and grandson.