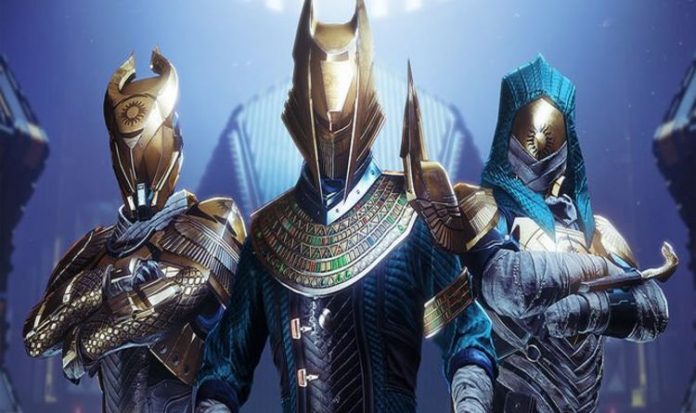 Bungie has provided some bad news for Guardians following the big Beyond Light launch this week. Destiny 2 Trials of Osiris will not be returning today like planned, following several updates being released this week. While the new Beyond Light content and Europa will be the main draw for many gamers, Trials of Osiris offers a great way to grab some top armour and weapons. New loot which can be traded for Legendary Shards will not be available to claim after stringing together some Crucible wins.

According to Bungie, there won’t be much point visiting Saint-14 today, who is usually located in the Tower Hangar.

Bungie has confirmed that Trials of Osiris will not be back until later in November, although plans remain in flux.

A message from Bungie confirms: “Due to a recently discovered issue, Trials of Osiris will not be available until the weekend of November 27, 2020.”

Here are the changes that were made to Trials of Osiris with the launch of Beyond Light:

Dev Team: “Beginning in Beyond Light, all existing Trials weapons have Adept versions. Our intent is for all new Trials weapons to have an Adept version in the future, with their infusion caps matching the Season they were introduced in. For our first round of Adepts, their infusion caps will be set to that of Season of the Worthy. Additionally, we will be introducing Adept weapon mods into the sandbox in Beyond Light, which can only be applied to Adept weaponry.”

No announcement has been made regarding the return of Xur during Destiny 2 Beyond Light.

Guardians usually find out where Xur is at around 6pm GMT, and there is no reason to believe this will change over the coming weeks.

One change that has been confirmed is that Xur will also offer a quest to earn one Exotic Cipher on a weekly cadence for Season Pass owners.

A message from Bungie explains: “As many of these Exotics were tied to lengthy quests or difficult objectives, we wanted to make sure their prices reflected those previous efforts.

“Players will need an amount of Glimmer, destination materials, masterworking materials, and an Exotic Cipher or Ascendant Shard in order to purchase the Exotic or Legendary which they desire.

“We’re also introducing a currency, Spoils of Conquest, which can only be acquired when completing raids. This currency will be required for Exotics previously tied to Vaulted raids.

“In the past, Exotic Ciphers were very limited in nature. While you can expect one to be available as part of the Season Pass, Xur will also offer a quest to earn one Exotic Cipher on a weekly cadence.”

Expect more news from Bungie on how things will be changing this year in Destiny 2: Beyond Light.