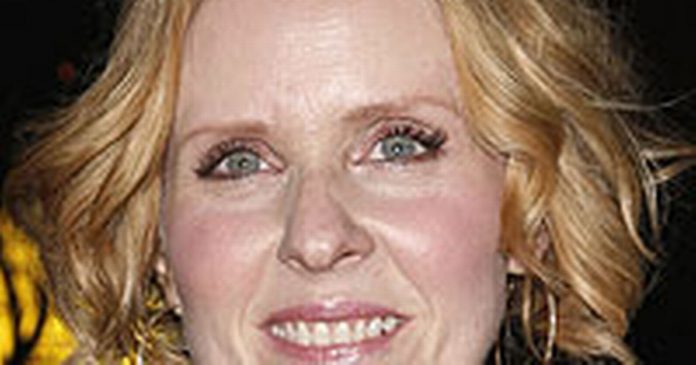 Cynthia Nixon has revealed her son is transgender in a touching Instagram tribute.

The ex-Sex And The City star – who is currently in the running to be the next New York governor – shared a picture of her with her son, Samuel, at graduation on the Trans Day of Action on Friday.

Posting the cute pic on social media, she said: “I’m so proud of my son Samuel Joseph Mozes (called Seph) who graduated college this month. I salute him and everyone else marking today’s #TransDayofAction #TDOA”.

Seph, 21, graduated earlier this month from the University of Chicago. His father is Cynthia’s ex-husband, Danny Mozes, who also share Charles, who is 15. Cynthia, 52, also has a seven-year-old son, Max, with her wife, Christine Marinoni.

The actress-turned-politician announced she would be running for governor in March this year.

Earlier this month, she spread the word on her campaign by releasing Sex And The City-themed merchandise. The new merch celebrates the 20th anniversary of the show and its spin-off films.

Cynthia Nixon promotes New York governor campaign by releasing Sex And The City 20th anniversary merchandise
Cynthia, who played lawyer Miranda Hobbes, unveiled the line on Wednesday to mark the milestone of the show, which first aired in 1998.

She posted a video on Instagram showing the line of clothes, which includes T-shirts and bags emblazoned with the words “I’m a Miranda and I’m voting for Cynthia”.

She said: “Are you a Miranda voting for Cynthia?

“In honour of #SATC20, we just launched a line of Miranda merchandise designed by the team behind @everyoutfitonsatc… because, well, we should all be Mirandas who vote for Cynthia.”

Her co-star Kristin Davis shared a picture of the bag on her own Instagram account and wrote: “20 years ago would i have imagined @cynthiaenixon running for Governor?

“Maybe not – but I sure would have thought she would be an excellent Governor in a world where that would be possible !

“And we are now in that world – so let’s support Cyn and get our excellent merchandise from @everyoutfitonsatc.”