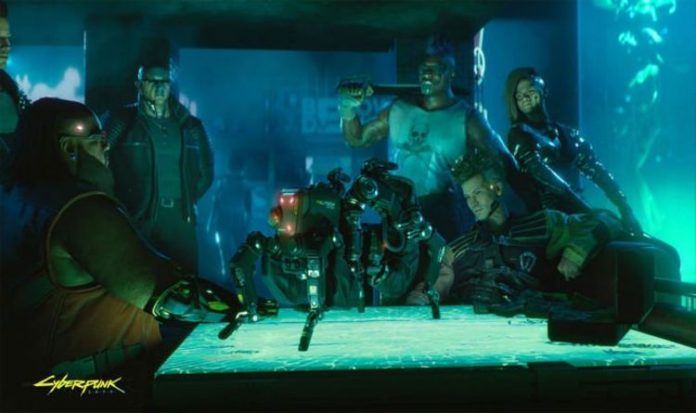 While it has become easier to get a refund for Cyberpunk 2077 on PS4, Xbox One and PC, the overall number of returns remains a mystery.

We do know that Cyberpunk 2077 has sold a significant number of copies since its rocky December launch, with CD Projekt Red offering updated guidance this week.

According to a new announcement made by the publisher, 13 million copies of Cyberpunk 2077 have been sold across physical and digital platforms.

This is the current tally being offered by CD Projekt, and includes the most up to date data, ending December 20.

The current report from CD Projekt Red confirms: “The Management Board of CD PROJEKT S.A. with a registered office in Warsaw (hereinafter referred to as “the Company”) hereby announces that, based on reports obtained from digital distribution platforms and data collected from physical distributors, it estimates that by 20 December inclusive gamers have purchased over 13 million copies of Cyberpunk 2077.

“This figure represents the estimated volume of retail sales across all hardware platforms (factoring in returns submitted by retail clients in brick-and-mortar as well as digital storefronts), i.e. the “sell-through” figure, less all refund requests e-mailed directly to the Company by the publication date of this report in the framework of the “Help Me Refund” campaign.”

Both Microsoft and Sony have been offering refunds on Cyberpunk 2077 across PS4 and Xbox One versions of the game, alongside other leading retailers.

The latest on the refund situation from Microsoft reads: “Cyberpunk 2077: To ensure that every player can get the experience they expect on Xbox, we will be expanding our existing refund policy to offer full refunds to anyone who purchased Cyberpunk 2077 digitally from the Microsoft Store, until further notice. https://msft.it/6010pXEHj.

“While we know the developers at CD PROJEKT RED have worked hard to ship Cyberpunk 2077 in extremely challenging circumstances, we also realize that some players have been unhappy with the current experience on older consoles.

“To date, we have granted refunds to the vast majority of customers who have requested one. To request an Xbox refund for Cyberpunk 2077, please follow the steps listed on our Xbox refund page here.”

“Once we have confirmed that you purchased Cyberpunk 2077 via PlayStation Store, we will begin processing your refund. Please note that completion of the refund may vary based on your payment method and financial institution.”

Cyberpunk 2077 continues to receive updates across all platforms following its launch, with gamers complaining of massive issues on last-gen consoles.

An apology was issued by CD Projekt earlier in December, telling gamers that the Cyberpunk development team would be working to fix the current bugs affecting the game.

“We would like to start by apologizing to you for not showing the game on base last-gen consoles before it premiered and, in consequence, not allowing you to make a more informed decision about your purchase. We should have paid more attention to making it play better on PlayStation 4 and Xbox One.

“Second, we will fix bugs and crashes, and improve the overall experience. The first round of updates has just been released and the next one is coming within the next 7 days. Expect more, as we will update frequently whenever new improvements are ready.

“After the holidays, we’ll continue working — we’ll release two large patches starting with Patch #1 in January. This will be followed by Patch #2 in February. Together these should fix the most prominent problems gamers are facing on last-gen consoles.

“We will be informing you about the contents of each patch ahead of their release. They won’t make the game on last-gen look like it’s running on a high-spec PC or next-gen console, but it will be closer to that experience than it is now.”