Eva Price has been through the ringer but things will get even worse when she discovers Johnny Connor, her baby Susie’s biological grandfather, has started custody proceedings to take the child away from her.

She turns to former flame Adam Barlow for some support, and he proposes she use a fake DNA report to pretend he is the father, meaning she will avoid the custody battle and keep her little one.

But will a desperate Eva accept the offer?

Meanwhile, Beth Tinker finds out her boyfriend Kirk Sutherland has been walking dogs for Sharon, who Kirk told her was an elderly lady called Mrs B.

She is furious, and Sharon decides to irritate her even more by complimenting Kirk’s shirt in front of her, as she bought it for him.

Beth accuses Kirk of having an affair and ignores Kirk’s desperate protests.

Elsewhere, Abi Franklin apologises to Tyrone Dobbs after the two of them go on a disastrous date, and they agree to stay friends.

Abi’s social worker then goes over to visit her and is impressed to see she is sorting her life out, but warns there’s a way to go before Abi can get her twins back.

She is gutted by this and reverts back to her old ways in a state of depression.

Also, new girl Kayla forms a plan to stop Bethany Platt from coming between her and Craig Tinker.

After overhearing Bethany tell Emma Brooker that she’s worried whether Craig will cope in the police force, Kayla reports it to Craig with the added detail that it’s because of his struggle with OCD.

Craig is truly hurt by this and snaps at Bethany, who has no idea what she has done, while Kayla looks on in delight, pleased at the chaos she is causing.

He tries to hid the newspaper from the elderly Flora McArdle, but Ken Barlow unwittingly shows her a copy and Flora discovers that Phelan killed her son Harvey.

Daniel and Sinead swoop in to help Flora, and promise to help her with Harvey’s funeral arrangements. 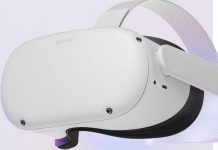 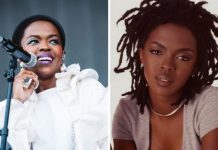