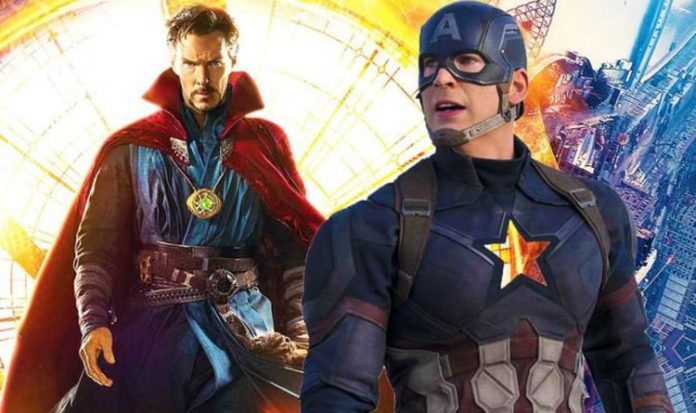 The last time fans saw him, Steve Rogers – the man formerly known as Captain America – was very old and had just handed his shield to his friend Sam Wilson. It appeared his time in the MCU, and indeed the world, was almost over. The actor who had brought the character to such powerful life had also publicly declared that his time in the iconic role was finished. Barely two years later, Evans is reported to be readying himself to return as Rogers – and potentially Captain America.

The news burst from Hollywood sources earlier today that Evans had been in talks over the New Year to return to his iconic role. The report said he was poised “to return as Steve Rogers aka Captain America in at least one Marvel property, with the door open for a second film.”

It was made clear that a new standalone film was unlikely but rather that he would appear in other movies, following the pattern of Robert Downey Jr’s Iron Man/Tony Stark in films like the Spider-Man franchise.

Now one of Hollywood’s most prominent – and vocal – commentators has reported the film and source comicbook storyline Evans will return for.

Grace Randolph from Beyond The trailer was quick to cite her sources for when and where Captain America would return.

She said: “I’m hearing this is for Doctor Strange and the Multiverse of Madness.”

Apparently, Evans was tempted by two powerful storyline ideas, both stemming from the possibilities introduced by multiple dimensions expected to feature heavily in Doctor Strange 2.

Randolph said Evans was excited by: “The chance to stand alongside multiverse Captain Americas, plural…

“Kevin Feige has no previous versions of the MCU like Spider-Man – I’m hearing he’s going to go along with the actors he almost cast. I’m talking John Krasinski and maybe Jensen Ackles.”

The two actors had reached the final stages back when the role was originally being created for the MCU.

The former is most famous for starring in the US version of The Office and being married to Emily Blunt. The latter has just finished 15 years as the lead in cult show Supernatural.

The thought of multiple dimension Captain Americas sharing the screen is already tantalising enough but it is the second reason that Randolph reports which will get fans truly excited – or possibly outraged.

Randolph said: “This is already happening very quickly and I’m already hearing rumours of ‘Evil Cap.’ This time he will say ‘Hail Hydra’ – and mean it.”

This refers to the huge and hugely controversial Secret Empire comic book storyline where Hydra identified how important Captain America would be and recruited him as a young child and then implanted him as a sleeper agent.

Secret Empire was a 2017 Marvel Comics limited series and crossover storyline following on from Avengers: Standoff! and the ongoing series Captain America: Steve Rogers. At the time it hit headlines but also angered many fans unhappy to see their greatest hero subverted as an evil fascist.

However, it could be a thrilling alternate multiverse scenario for Doctor Strange 2, allowing Evans to return to the role but to explore an entirely different version of the character.

It also has the added advantage of not undermining the ‘happy ending’ given to Steve Rogers in the main Avengers Endgame storyline.