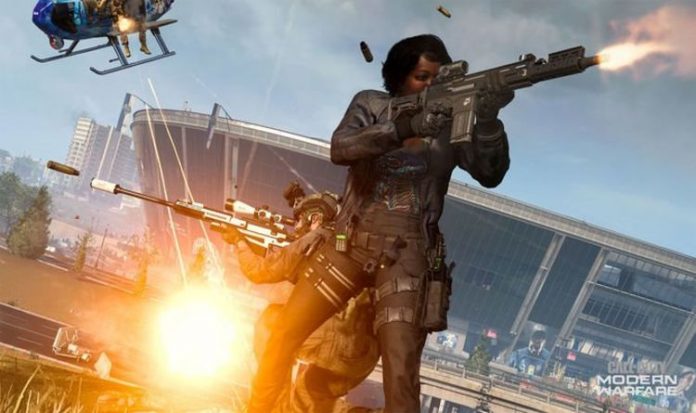 A new Call of Duty Warzone update is out now and appears to be causing issues across platforms.

Raven Software shared news on Twitter, confirming that they were looking into the current problems.

The message from Raven reads: “We’re aware of the connection issues on Warzone. The issue is being investigated. We will provide an update soon.”

This suggests we will find out more about today’s issues, which appear to be connected to today’s new Call of Duty Warzone update.

This patch reportedly became available to download before the problems started and we are yet to find out what it included.

Gamers have been asking for more information, with some wondering whether it could be connected to the Agency/GRU/Wrapped Suppressors.

Raven added on Twitter that “We expect this change to live with an update later this week.”

In the leadup to tonight’s Warzone problems, COD gamers noted a new patch going live across PS4 and Xbox One platforms.

The new patch is reportedly around 240MB on PlayStation 4 and PlayStation 5, 800MB on Xbox One and Xbox Series X, and 2GB on PC.

And for now, we don’t know what has been included in tonight’s Call of Duty Warzone update.

If the new update is not rolled back, we should find out the full details via patch notes sometime later today.

And as noted by Raven Software, another Warzone update is scheduled to go live later this week.

Call of Duty Warzone is currently hosting a Tournament that continues later today.

The Toronto Ultra $100K Payout is back on March 1 and 2, while Call of Duty League gears up for its first Major Tournament of the year with all 12 teams competing starting March 3.

The final day of the Call of Duty Warzone Toronto Tournament is being held later today and will include more well-known streamers.

Gamers interested in seeing the drama unfold in Verdansk can tune in starting at 10AM PT/1PM ET on the Call of Duty Twitch channel.

For gamers in the UK, this will mean watching the Call of Duty Warzone tournament at 6pm GMT on March 2.

Meanwhile, the Call of Duty League will be back in action this week, with all 12 teams competing in Major I Tournament matches that will get started on Wednesday, March 3, at 12PM PT/3PM ET/7PM GMT, all culminating with the Major I Final on Sunday, March 7.

All games will be live and on-demand on the CDL YouTube channel and the CDL website, with more news expected to be shared before everything kick-off.

The Call of Duty Store is also changing, with Activision confirming that more is being planned over the next week, telling gamers: “Make sure to head to the Store this week, where you’ll find the Maxis Operator Reactive Bundle starting March 4. Highlights include Samantha Maxis as a playable Operator and two Weapon Blueprints: the Ultra-rarity “Z-74u” Reactive SMG Blueprint and the Legendary “Neutralizer” shotgun.