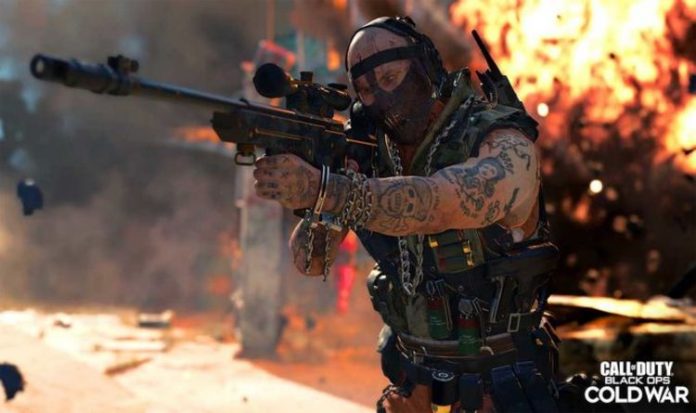 Call of Duty Black Ops Cold War and Warzone fans can pick up a couple of free items ahead of the start of Season 1.

Perhaps as means of apologising for delaying the start of Season 1, Activision is giving away bonus rewards for Black Ops and Warzone.

All you’ve got to do is login to Black Ops Cold War from now until 7am GMT on December 15 to claim the free rewards.

“Log in to Black Ops Cold War between now and 11pm PT on 12/15 to claim the Field Research and Certified bundles,” reads an Activision post.

As for the Certified Bundle, the pack contains the Barrio Garcia skin, the Ground Patrol Assault Rifle Blueprint, the Epic Reticle and the Epic Weapon Charm.

The pre-season rewards will no longer be available once the new season begins in Call of Duty.

It all begins with Vikhor “Stitch” Kuzmin, who will be available during the launch week.

The operator is described as a “former KGB chemical weapons expert tasked with overseeing the production of bioweapons on Rebirth Island until 1968”.

“Captured and questioned, he lost an eye during interrogation by Russel Adler. Soviet leadership viewed the loss of Rebirth Island a failure and sent him to the Gulag.

“There he was radicalized and recruited by Perseus. Later, Perseus arranged for Stitch’s jailbreak and installed him back at Rebirth Island, in order to restart the facilities there to create new stockpiles of the deadly nerve agent ‘Nova 6’.

You can unlock Stitch instantly by purchasing the Season 1 Battle Pass. His Legendary Operator Skin will be available at Tier 100.

Stitch will be joined by two new operators later in the season, including Wyatt ‘Bulldozer’ Jones and Zeyna Ossou.

“A highly skilled member of a US Marine Corps Special Reaction Team, Wyatt ‘Bulldozer’ Jones is a CQB and hostage rescue expert. Always first in the fight, Bulldozer strives to protect the defenseless and serves with distinction.

“Obtain Bulldozer for Black Ops Cold War and Warzone as part of a Store Bundle later in Season One.”

Express Online will have more on Season 1 in the run up to launch on December 16.