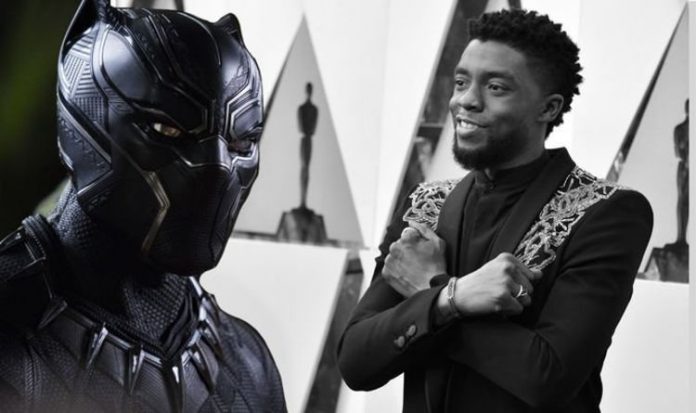 Black Panther truly broke records when it was released in 2018. The Ryan Coogler-directed film saw the continuation of King T’Challa’s story, following the events of Captain America: Civil War, in which Chadwick Boseman was first introduced as the African King. The film was a complete success, grossing over $1 billion at the box office, and seeing sequels commissioned by Marvel and Disney almost straight away.

In August of this year it was announced that Boseman had died from cancer, aged 43-years-old.

The Hollywood star’s death came as a huge shock to the industry, as it was not widely known that he was unwell.

To commemorate the star’s birthday, Disney Plus changed a key part of his iconic film, Black Panther.

As seen below, the introduction reel to Black Panther was changed to show off the Marvel Studios logo which has now been adorned with clips and images of the late actor.

The classic flipbook reel, which originally showed off all members of the Avengers, now shows some of Black Panther, and Boseman’s finest moments.

Fans were tipped off to this tribute late last night by Disney chairman Bob Iger.

On whether Disney would create a digital reproduction of Boseman in the upcoming sequel, Marvel exec Victorial Alonso said: “No. There’s only one Chadwick and he’s not with us.

“Our king, unfortunately, has died in real life, not just in fiction.

“We are taking a little time to see how we return to history, and what we do to honour this chapter of what has happened to us that was so unexpected, so painful, so terrible, really.”

On August 29, 2020, the news of Boseman’s death was announced via his social media accounts.

The statement read: “It is with immeasurable grief that we confirm the passing of Chadwick Boseman.

“A true fighter, Chadwick persevered through it all, and brought you many of the films you have come to love so much.

“From Marshall to Da 5 Bloods, August Wilson’s Ma Rainey’s Black Bottom and several more – all were filmed during and between countless surgeries and chemotherapy. It was the honor of his career to bring King T’Challa to life in Black Panther.”

Black Panther is available to watch on Disney Plus now, and Black Panther 2 is due for release on May 6, 2022.