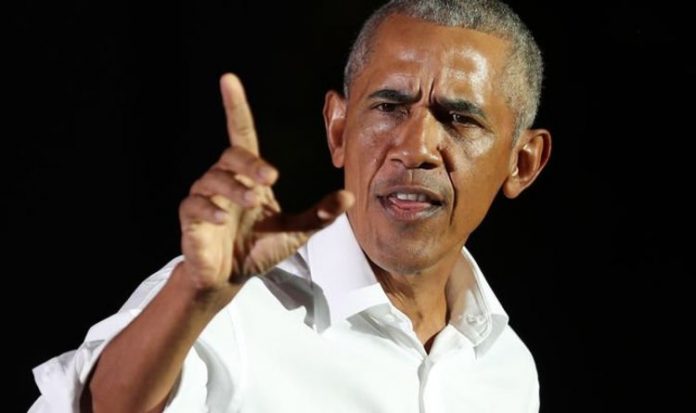 Obama valued eloquence and good manners, and emphasised the importance of uniting America’s different cultures. After four years of Donald Trump’s presidency, these values seem to belong to a different age. But now, with his former vice-president Joe Biden heading for the White House, Obama will be a guiding hand at the very least – and perhaps even pulling Biden’s strings. So it’s a good time to reacquaint ourselves with his beliefs, and what shaped them. The book takes us from Obama’s childhood up to the assassination of Osama bin Laden in 2011, two years into his presidency; a second volume is planned to finish the story.

With appealing, self-deprecating honesty, he admits he became politically engaged as a college student partly in order to impress girls. But it was also a way of finding a sense of identity, as he struggled with the complications of being a biracial man in America, and was more or less estranged from his Kenyan father.

At one stage, his political commitments took up so much of his time and money that they almost cost him his marriage, without getting him anywhere close to power. But he battled on and was elected to the Senate before becoming the first black president in 2008. Reaching the White House was such a phenomenal achievement that Obama’s actual presidency comes across as a bit of an anti-climax.

He is blessed – or cursed – with the compulsion to see both sides of every question and then to lift up the question and examine an underside that nobody else has thought of. One reason this book is so long – 700 pages – is that he rehearses all the arguments for and against all the major decisions he took, weighing up all the pros and cons.

He seems rather shamefaced about not following up on the radical promises he made in his campaign speeches but, although he is honest about his own failings, this book ultimately seems no less an exercise in self-justification than most political memoirs.

It is often deeply enjoyable, however, because Obama is such a fluent and warm writer and so good at describing events and people. He captures ­something essential about Vladimir Putin when he describes him as curating his public image “with the fastidiousness of a teenager on Instagram”.

Winningly, he records with loving care numerous occasions when his wife Michelle has punctured his ego with a witty putdown.

But, enjoyable as it is, A Promised Land is not terribly inspiring. Obama was too sensible to pursue all the policies he believed in if they were likely to be blocked by the Republicans or risked costing him a second term. So his book, like his presidency, will appeal to realists more than idealists.