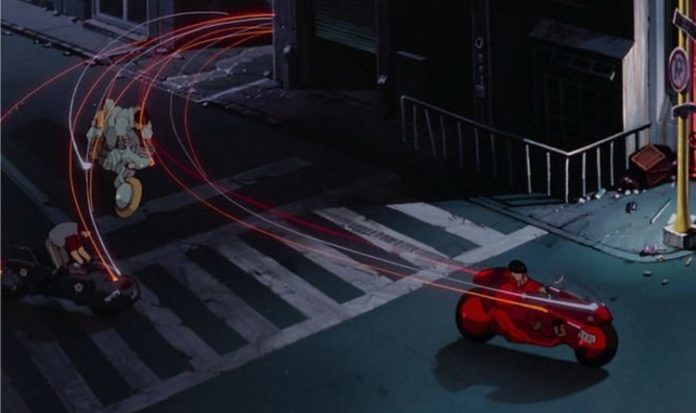 AKIRA was originally released in 1988, and its success story changed the way Japanese cinema was perceived. Based on the groundbreaking manga of the same name by writer, artist, and visionary Katsuhiro Otomo, Akira told the story of Kaneda (played by Mitsuo Iwata) tracking down his kidnapped friend, Tetsuo Shima (Nozomu Sasaki), and uncovering a government conspiracy, which seemed to have kickstarted World War III, as well as risking the end of the world altogether.

The new 4K ULTRA HD version of AKIRA is now the definitive way to watch the astounding film. The sounds and visuals have been upgraded to an incredible level, and fans who have watched almost every version of the film will be pleased to see the efforts made to recreate this masterpiece.

Included in the new version of the film is its original voice track, as well as the original 1988 dub, and the remastered dub from 2001.

No matter which voice track is used, it is easy to see in 2020 how special AKIRA is. Not only from a narrative point of view, but also from the sheer spectacle of the animation – however at the time in the 80s, AKIRA was a huge risk.

The anime’s production cost broke records by eventually reaching a budget of one billion yen – which was, at the time, an astronomic amount of money (equivalent to around $8 million in 2020).

Despite how successful the source material manga was, AKIRA was not a guaranteed success. Breaking even was not an option for the enormous film, it needed to make substantial gains at the box office in order to be seen as a runaway hit.

Declining profits in the Japanese film industry began back in the 1960s, causing the closure of a large portion of the country’s cinemas. And with the steady release of home video in the early 80s, cinemas were dying. Quickly.

AKIRA 4K Remaster: The new box set for the film is now out (Image: MANGA ENTERTAINMENT)

Anime was a boon for the film industry in the 80s, as some classic TV shows and manga were adapted into films, becoming moderate successes along the way.

1984’s Nausicaä of the Valley of the Wind, and 1985’s Angel’s Egg did well in cinemas, and went on to do even better in the home video industry – proving, at least, that there was some interest in the art form.

AKIRA’s writer and director Otomo was determined to break into the market, but not without using some brand new animation techniques.

The director used an at-the-time revolutionary method of animation, which included the use of 160,000 cells in the filming process, and blended animation procedures with hand-painted set pieces.

Every glimpse of Neo-Tokyo, large or small, was drawn, painted, and finished by hand, giving the film a gorgeous rendered effect, and forcing every single light in distant city shots to look alive, vibrant, and stark.

What’s more, the film’s composer, Shoji Yamashiro, created an experimental, deconstructed soundtrack full of wooden instruments, encapsulating a more regal and fleshed out tone to the film, purposefully contrasting from the futuristic cyberpunk vibe of the narrative as a whole.

With a steadily-growing budget, an extremely long production time, an experimental soundtrack, and elongated artistic directions, AKIRA was essentially set to fail when it was finally released in July 16, 1988.

And the domestic release of the film was not far off from failure.

From the ¥1 billion budget AKIRA boasted in production, it made back ¥750 million upon release, marking it as an average success – despite going on to become the sixth highest-grossing film of the year.

Internationally, however, is where AKIRA made its real mark on the film industry.

A limited release in the USA in 1989 saw the film gross a staggering $1 million, prompting AKIRA’s release in other territories, including the UK and Canada.

AKIRA claimed similar success in these countries which, coupled with the surprisingly large home video income, made AKIRA a cult hit, beginning its legacy as the seminal anime film for the ages. AKIRA was the world’s first international anime phenomenon, and arguably reinvigorated the Japanese film industry.

The iconic film landed a 25th anniversary special edition in 2013, which brought the blockbuster into HD for the first time.

This year sees the first ever release of AKIRA in 4K ULTRA HD Blu-ray in a new collector’s edition box, complete with a brand new documentary on the sound behind the film.

The box set comes with two versions of AKIRA – the Blu-ray disc, similar to that of the 25th anniversary edition, and the 4K ULTRA HD Blu-ray edition, which has been remastered and rescored for 2020.

AKIRA’s 4K ULTRA HD version has been meticulously recreated with a precision that makes this remaster the best edition of the film yet.

Where the HD version of the legendary film from 2013 was almost grainy in some spots, it has now been smoothed out even more, and features a substantial change in both quality, and fidelity in the animation. Not only do the high-speed, high-octane scenes now run smoother than ever, but the more measured events now, too, contain a deftness to them that has never been seen before.

The sound is where the 4K UHD version of AKIRA really shines, however. As mentioned in the special features, every single sound in the film has been remastered, expanded, and mixed within an inch of its life to create a more rounded soundscape.

This showcases composer, Shoji Yamashiro, and his sound engineers talking about the changes made in the fundamental audio display of the newly-remastered film, and the efforts they went to to improve the beautiful score of the original film.

Even more exciting and unexpected is an intimate round-table Q&A with the original voice cast of AKIRA.

The voices behind Kaneda, Tetsuo, Kai, and more sit around and wax lyrical about perhaps their best-known, and best-loved work from 32 years ago.

While some fans may roll their eyes at the prospect of a new Q&A from the cast, it does hold some glorious tidbits from the film’s production, including how the incredible sound of Kaneda’s was recorded, and indeed how Tetsuo’s almost imperfect voice work became a key part of the character.

If you are an AKIRA fan, this is a no-brainer.

The AKIRA 4K ULTRA HD Blu-ray remaster is out now.