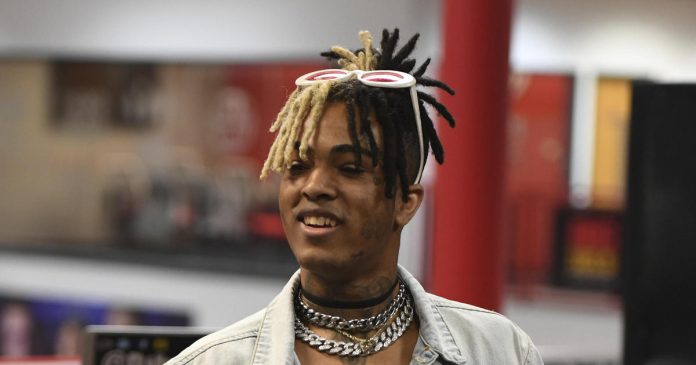 Rapper XXXTentacion was shot and killed Monday in Florida, the Broward County Sheriff’s Office announced Monday afternoon. He was 20. The sheriff’s office said the rapper, whose given name was Jahseh Onfroy, died in the hospital after a shooting in Deerfield Beach, Florida.

Detectives said Onfroy was leaving RIVA Motorsports shortly before 4 p.m. ET when he was approached by two armed suspects. They said at least one of the suspects opened fire, striking Onfroy. Both suspects fled the scene in what police described as a “possible robbery.”

He was transported to a nearby hospital where he was pronounced dead, the sheriff’s office said.

The sheriff’s office urged anyone with information on the shooting to contact homicide detectives at (954) 321-4210.

Earlier Monday, he posted to Instagram that “he was planning a charity event for this weekend in Florida.”

Spotify and Apple Music removed Onfroy’s music from their curated playlists last month but later rolled back its anti-hate policies after they were criticized by some players in the music industry.

Onfroy was awaiting trial on charges that he allegedly beat his pregnant girlfriend — an allegation he denied.