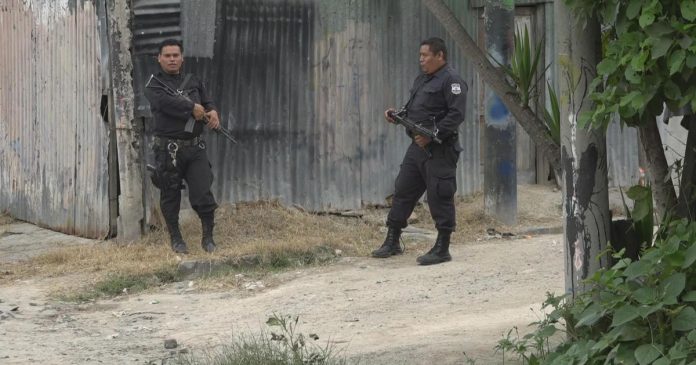 SAN SALVADOR, El Salvador — For many dreaming of a better life in America, the journey begins in Central America.

In El Salvador, about 1,500 miles from the U.S. border, people tell that they understand why someone would risk everything to make it to the U.S., even if it meant being separated from loved ones.

El Salvador is among the poorest countries in the world. Some 20 percent of native Salvadorans actually live abroad and send money home, accounting for close to 20 percent of country’s GDP. But people there also say much of the exodus across the U.S. border has to do with violence.

Nearly 60,000 Salvadorans, double the police force, are gang members. The country has the highest murder rate in the world for young people under 19. Although the overall murder rate has consistently declined since 2015, it too remains one of the highest in the world.

In an effort to combat violence, the police conduct regular sweeps in neighborhoods paralyzed by gang activity. On Wednesday afternoon, went along as officers searched for young men suspected of everything from extortion to shoplifting.

One area is controlled by a ruthless gang that recently set a bus ablaze with passengers inside. Many of the homes around there are abandoned by people heading for the U.S. border, fleeing for their lives.