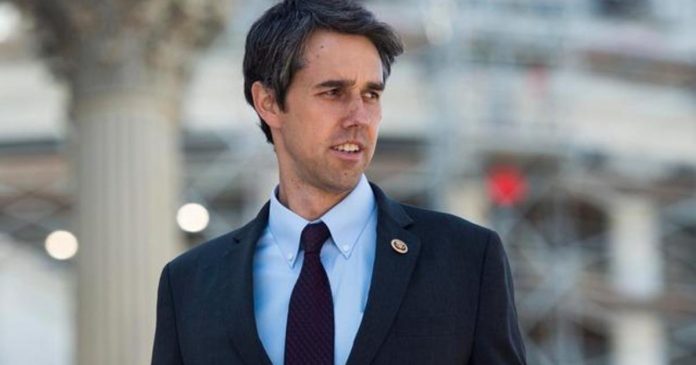 “This is unprecedented, it’s inhumane, and we have to make sure it’s un-American,” he said in an interview airing on CBSN’s “Red & Blue” on Monday.

O’Rourke, who is running for Senate against Republican Sen. Ted Cruz, led a protest march in Tornillo, Texas, on Sunday outside a tent city that houses migrant children separated from their parents at the southern border.

“At a time that this country is arresting people who have traveled 2,000 miles with their kids, fleeing violence brutality and death — and then takes those kids away from the parents, separates them and we have no idea when or if those kids will be reunited with their parents,” he said. “I’m so grateful to see so many people coming out on such short notice to stand up for what we really believe America to be.”

He called for an end to the family separation and says he plans to introduce legislation with this goal in mind.

“This 100 percent zero tolerance policy, stripping kids away from their parents is inhumane — it’s torture, and I’d like to think it’s un-American,” he said.

O’Rourke said he is encouraged by the Republican voices, such as former first lady Laura Bush and his fellow Texan Rep. Will Hurd, who are speaking out against the issue.

“We are a nation of laws. We have laws for people to legally petition for asylum that we are not following in this country right now,” he said. “We are a compassionate country that wants to make sure that we are there for those that have no place to turn, and we do this in an orderly lawful fashion — something that, for some reason, the administration has chosen not to do this.”

O’Rourke said he could open to the idea of a more comprehensive immigration bill that seeks to resolve the family separation dilemma while also potentially increasing border security.

“I’m going to keep an open mind to anything that will allow us to do a better job securing the border, a better job ensuring that immigrants lawfully follow an orderly process, and to make sure that we’re not taking kids away from their parents,” he said.