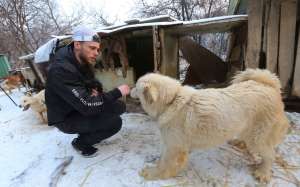 A South Korean court has ruled against the killing of dogs for meat, in what has been described by animal rights groups as a milestone towards a national ban on serving the animals for human consumption.

An estimated one million dogs are believed to be eaten annually in South Korea, where the practice historically has been fuelled by a belief that it aids virility.

Younger Koreans, however, are generally opposed to it, and pressure is building on the government to outlaw the raising of dogs to be killed for food.

A city court in Bucheon, a satellite city of the capital, Seoul, has now convicted the owner of a dog farm for killing animals without a proper reason and violating building and hygiene regulations. 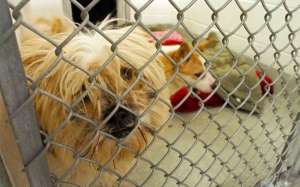 The ruling, which imposed a 3 million won (£2,000) fine, was made in April but only made public this week. The complaint had been initially brought against the farmer by animal rights group, Care. The group’s lawyer told AFP that the verdict that killing dogs for their meat was illegal was “very significant.”

The precedent “paved the way for outlawing dog meat consumption entirely,” she added, revealing that Care intends to file complaints against “many more” dog farmers.

The convicted man has reportedly waived his right to appeal, but the association of dog farms branded the court’s decision “outrageous”. They have pledged to fight the campaign against them “to the end.”

The dog meat industry is facing a battle on multiple fronts. Ahead of the Winter Olympics, the government launched a crackdown citing hygiene and animal protection laws, conscious that the serving of dog meat would likely shock foreign visitors. 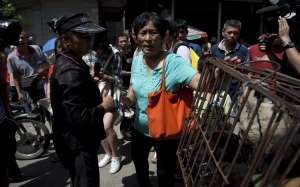 Growing domestic opposition to the consumption of dogs led to the introduction in early May of a legislative bill that would remove the legal basis for factory-style mass breeding of canines. The draft law, tabled in the National Assembly by a member of the centre right Bareunmirae party, aims to close down the dog meat industry.

Although dog meat cannot be traded through major distribution channels like other livestock, it is still legal to breed dogs to sell their meat as long as the animals are not killed in open areas or in front of each other.

In nearby China, where the consumption of dog meat, although controversial, is also a legal common practice, residents of the southern city of Yulin defended the eating of dogs to celebrate the summer solstice on Thursday.

Yulin’s annual ten-day lychee and dog meat festival has become a flashpoint for activists who regularly try to pressure organisers to cancel the event, and who have raided slaughterhouses and intercepted truckloads of dogs.

Animal rights groups highlight videos of dogs caught with wire lassos and cruelly beaten to death with metal rods. Their protests have been rejected by festival-goers.

“Those scenes of bloody dog slaughter that you see online, I want to say that the killing of any animal will be bloody. I hope people can look at this objectively.”

Brian May reignites ‘Spirit of Rock’s smouldering embers’ amid ‘feelings of despondency’ | Music...