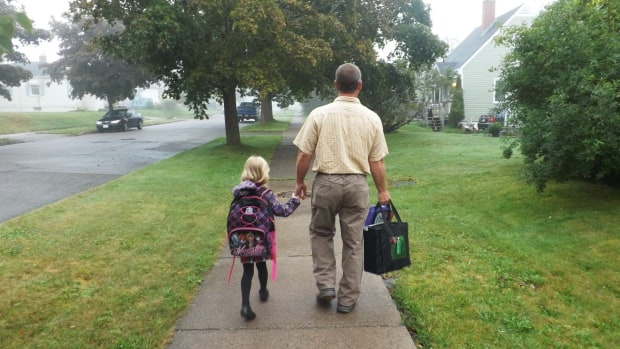 For Father’s Day, we asked for your help to share the stories of all the New Brunswick dads out there.

We received so many stories from our readers, viewers, listeners and followers about what their dads mean to them and the difference they’ve made in their lives.

Here are your submissions of the New Brunswick fathers who, from Fredericton to Woodstock to Miramichi, are raising families, making sacrifices and building memories every day.

Mike Ivey is a “great Dad simply for being there for his kids in every way they need him to be,” writes his partner, Jess Mason.

“For that I am forever grateful.” 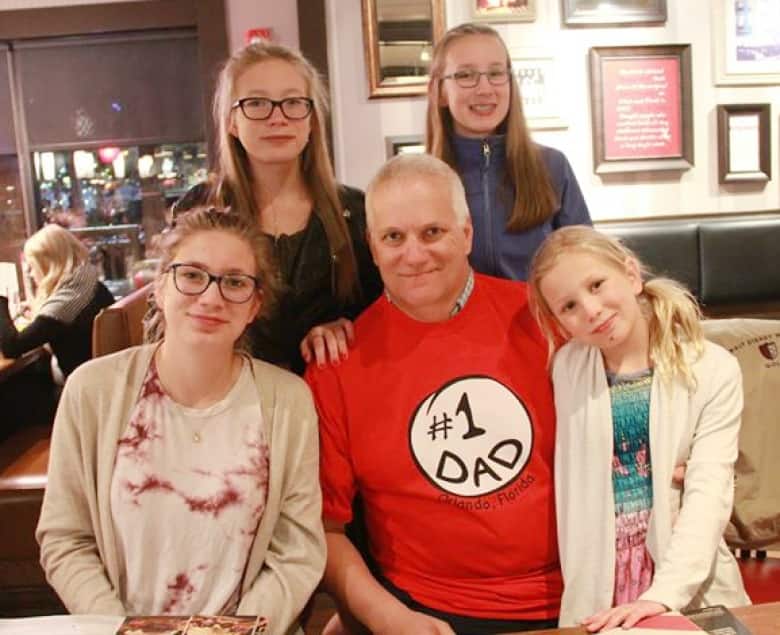 Terry Drost and his four daughters on vacation in Orlando, Fla. (Submitted by Camilla Drost)

Terry Drost “means the world” to his daughter, Camilla Drost.

“From dragging the four of us crazy girls around Universal Studios and putting up with us enough to go on the crazy rides, to sitting and watching baseball with me on a warm summer evening and surprising me at the end with tickets to a Jays game, my dad is the best and I love him so, so much.” 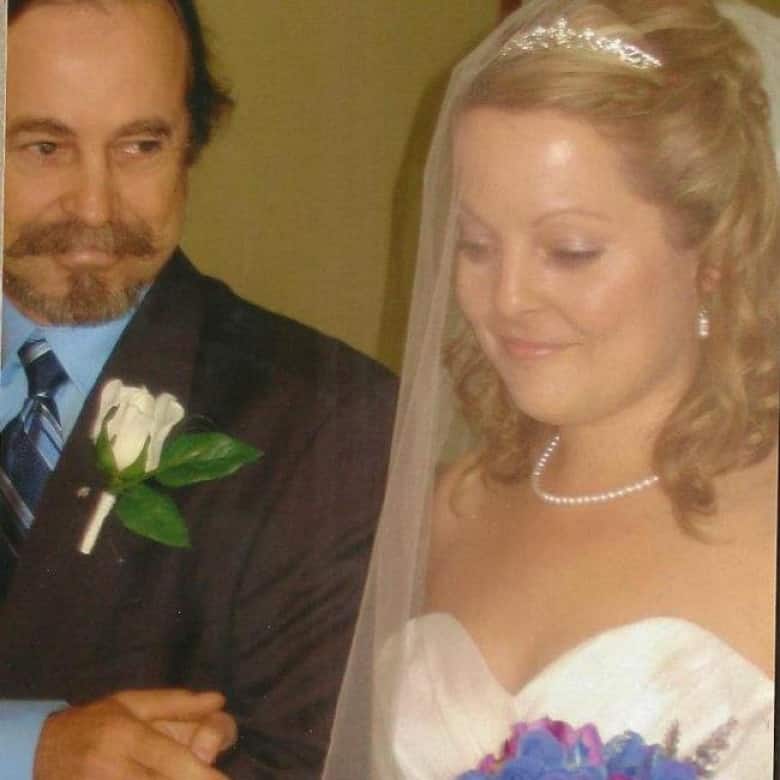 We asked for your help and you delivered. Thanks for your photos and your memories. 1:13

“His sentimental soul, and love for us is what means so much to me. Love you Dad,” Amanda Riendeau writes of her father. 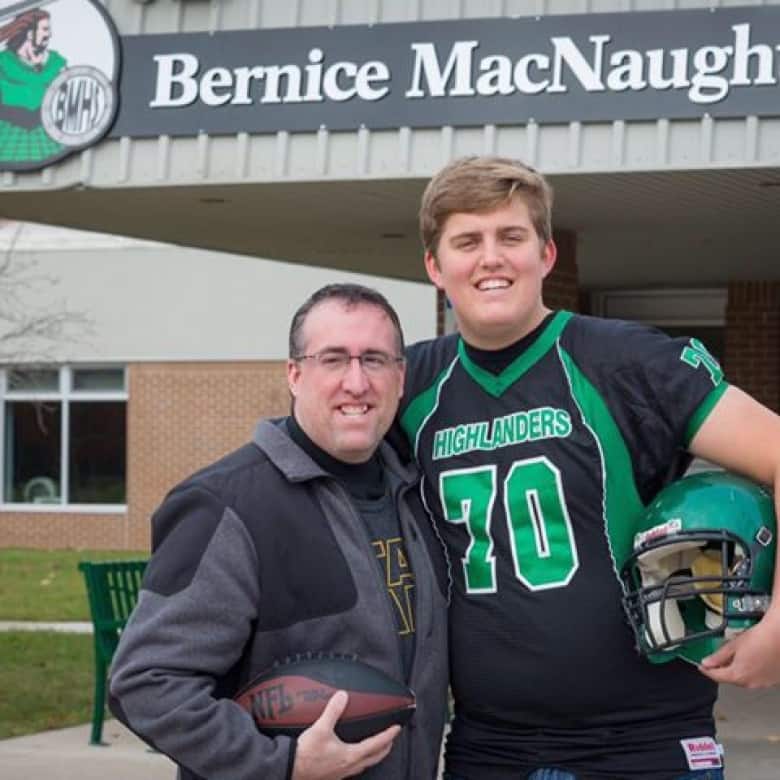 “He taught me the three pillars I continue to build my life around today, loyalty, honesty and integrity.” 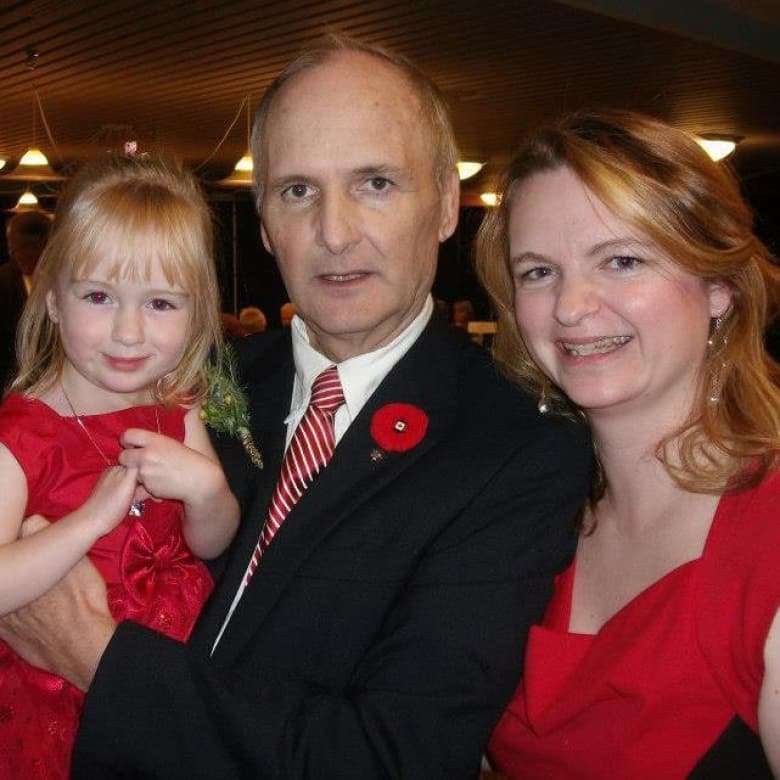 Tim Cameron was the former president and CEO of the Saint John Regional Hospital Foundation. He passed away in April 2013 after a battle with pancreatic cancer.

“My dad was an incredible philanthropist and worked hard for our community. I could not have had a better role model,” writes his daughter, Katie Mitchell.

“I’m fortunate because my dad has an amazing legacy I’m reminded of daily. Many projects by the Saint John Regional Hospital Foundation during his time as President and CEO are helping so many people today and will continue in to the future.” 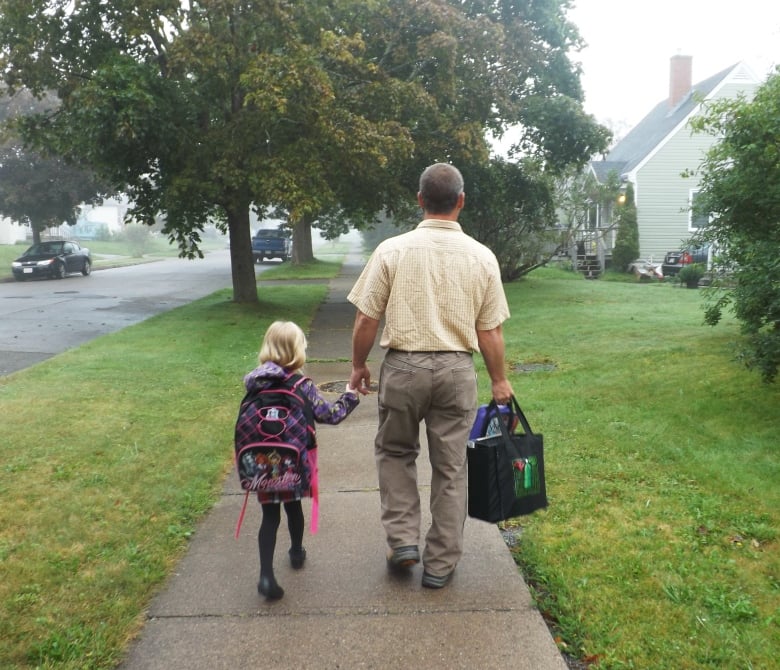 Richard Mitchell taking his daughter to her first day of kindergarten. (Submitted by Katie Mitchell)

Richard Mitchell is pictured here taking his daughter to her first day of Kindergarten. His wife, Katie Mitchell, writes he “is an amazing father to our daughter. She is definitely daddy’s girl. He is her soccer coach, supporter and most of all, an amazing role model. He supports her (and I) in ways that lift her up and help her have confidence in her daily life.” 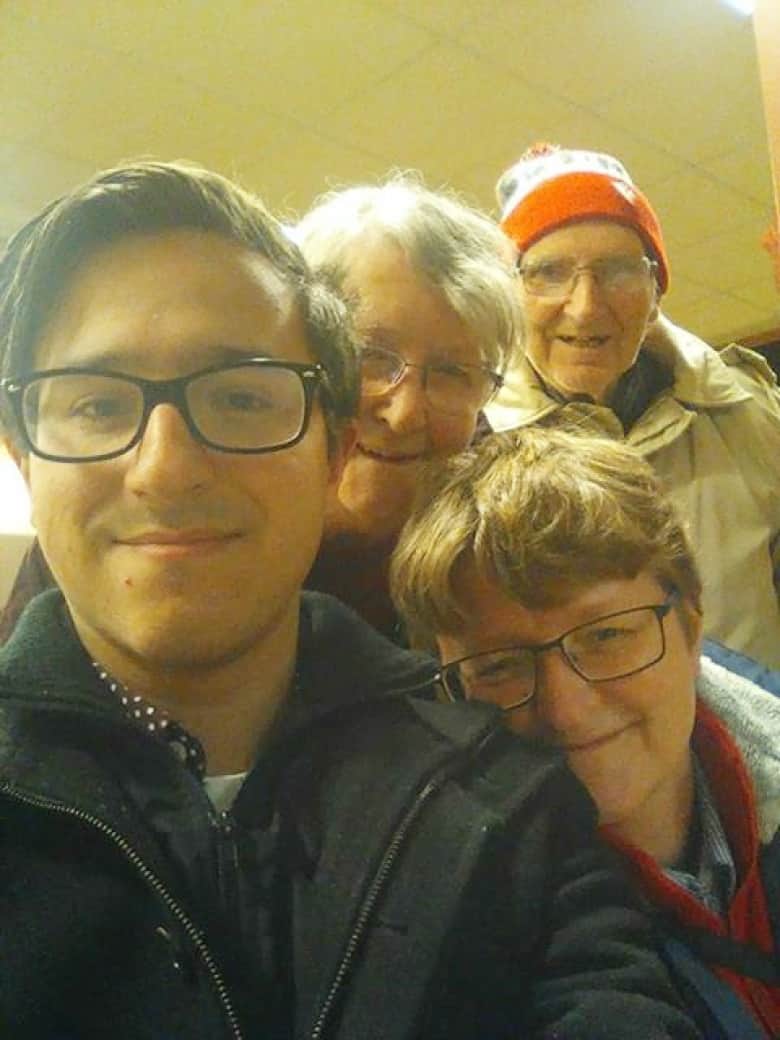 Harvey Walwyn Keats (back) and his wife, daughter and grandson. (Submitted by Rexanna Keats)

Harvey Walwyn Keats got his middle name from the hospital he was born in. He is pictured here with his wife, grandson and daughter.

“He has loved and treated my son like a father, driving him to and after school activities, being in the audience at concerts. My son owes his academic success to many people, but he could not have done it without my dad,” writes daughter Rexanna Keats. 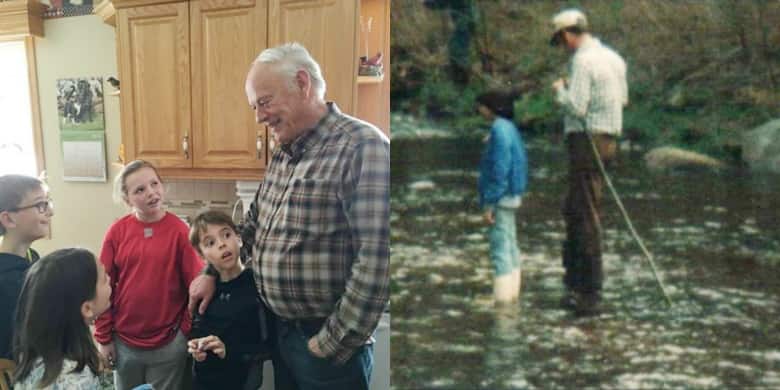 At left, David Gunn and four of his grandchildren. Gunn and his daughter, Heather Gunn, fishing in Maple Glen in 1980. (Submitted by Heather Gunn)

“He is gentle and funny and committed to family, always. He’s the best dad and Bappy ever,” writes daughter Heather Gunn. Here, David Gunn explains the rules of an Easter egg hunt to four of his grandchildren. The second photo is David and his daughter fishing in Maple Glen in 1980. 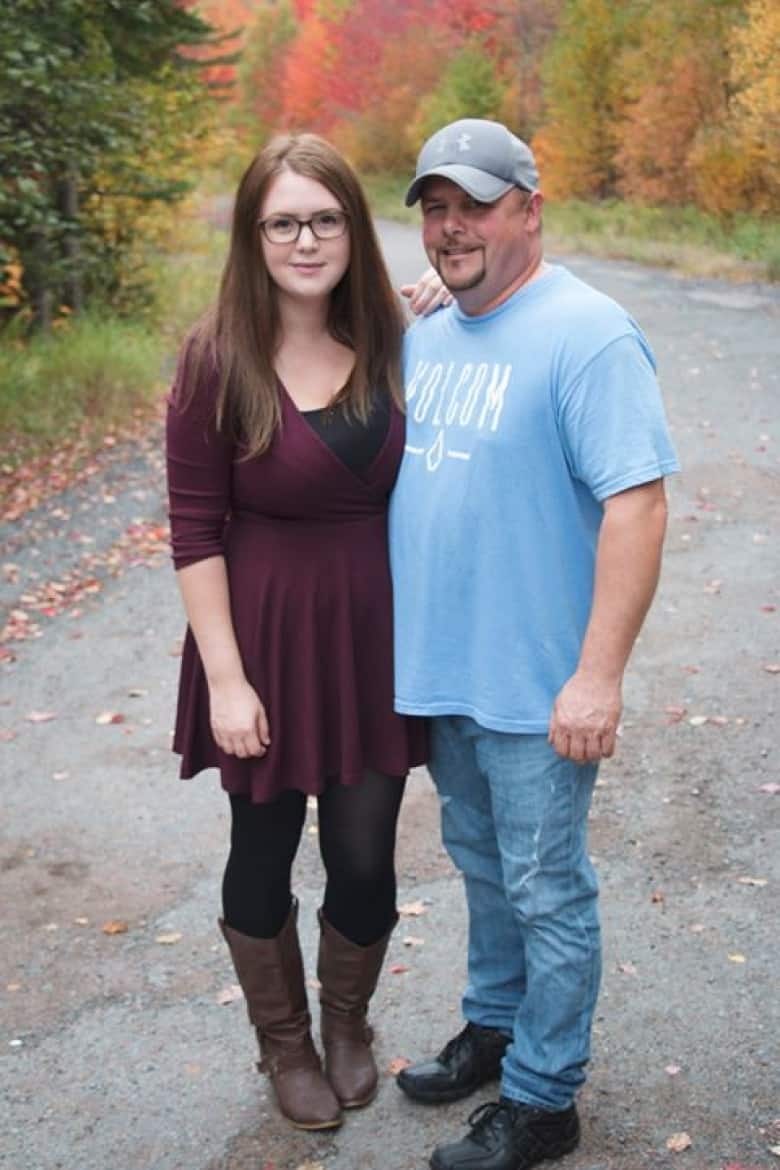 Paul Spence of Springhill, N.S., and his daughter, Megan Spence, who lives in Fredericton. (Submitted by Megan Spence)

“My dad is seriously the hardest working man I’ve ever known. He has worked hard for everything he has in life and would do anything for anyone. He’s one amazing guy that I’m so lucky to call my dad,” writes daughter Megan Spence. 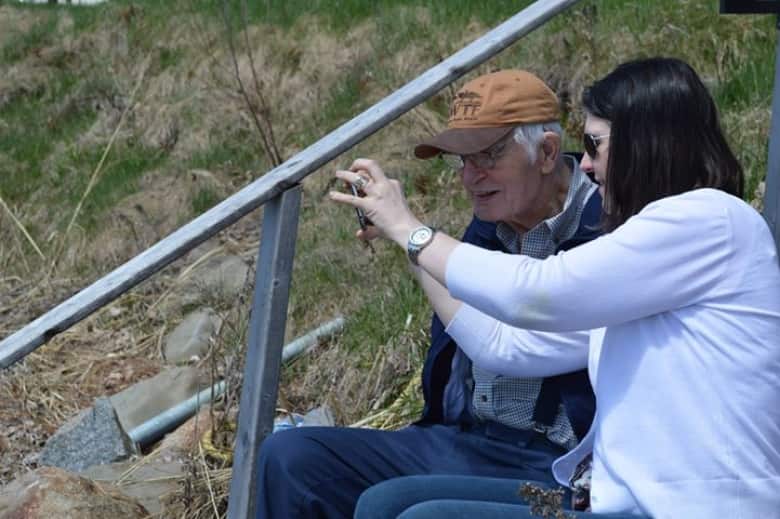 Donald Herrington built a cottage in Upper Rexton on the Richibucto River for his family to spend the summers. His daughter, Rhonda, describes it as “a special place.”

“The cottage is gone now — as is my father — but the good memories of an idyllic childhood remain. Thanks, Dad,” she writes. 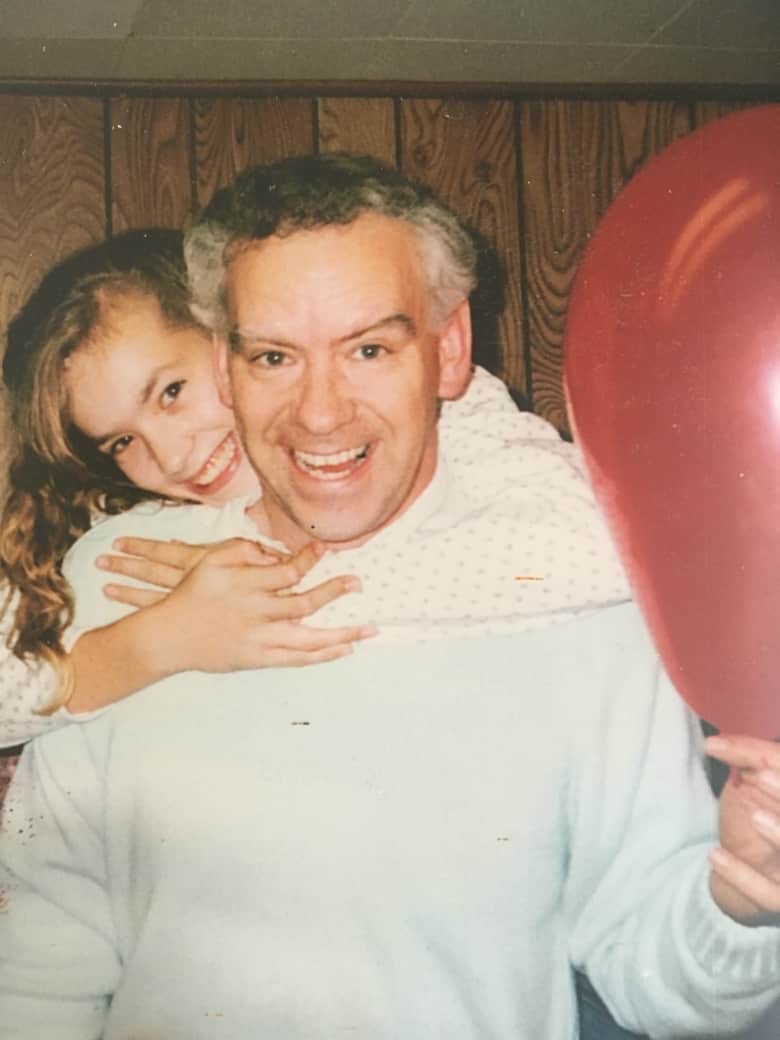 “My dad has always been my greatest supporter in life. He is the best dad that any girl could ask for,” writes daughter Julie McAllister. 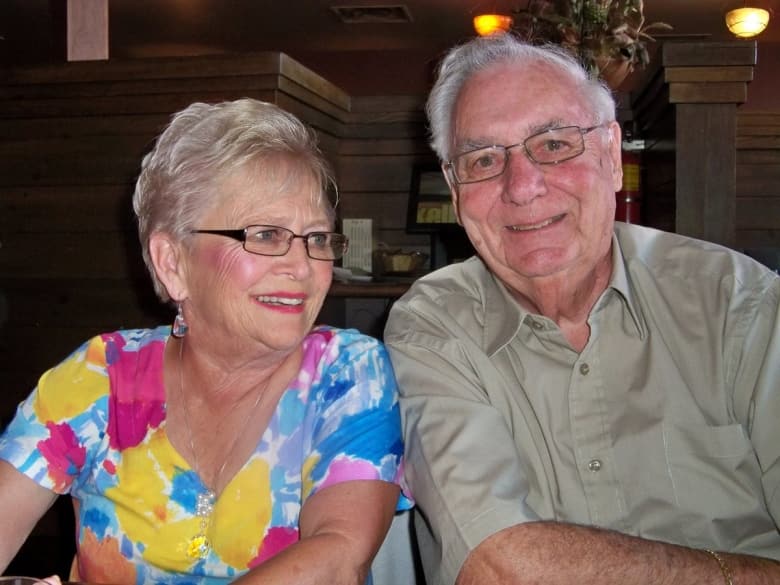 Robert Scammell of Fredericton and his wife, Bev. (Submitted by Lauren Eagle)

Robert Scammell is a father of three girls with five grandchildren and just became a great-grandfather to little Cole in Regina.

“He has always been involved in the community in many different ways and is a past president of the United Way. Happy Father’s Day Dad!” writes his daughter, Lauren Eagle. 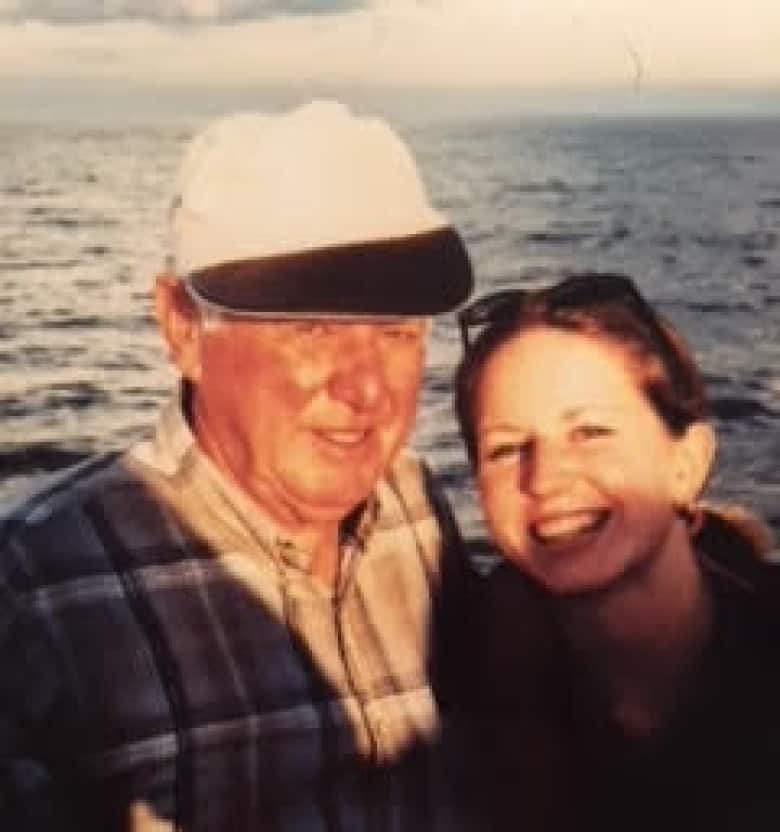 Stan Bransfield was born in Miramichi but spent most of his life in Petitcodiac, his favourite place.

“Our hearts always were most content by the ocean,” his daughter, Marjorie McGibbon, writes.

Bransfield died almost five years ago, but his daughter said the pain of his loss is as strong as the first day without him.

“Our father (I have three brothers) truly was the salt of the earth. People go around saying that all of the time, but he was the very definition of it: a person of basic and fundamental goodness. The stories of kindness we heard after he passed from the very people that had benefited from the kindness blew us all away. Even our mother heard stories for the first time in the weeks that followed his death, and it all truly warmed our hearts. He had a strong faith in humanity, and somehow he never lost it and worked hard on cultivating that within us too, which I am so grateful for in the world we are living in today! So, on this Father’s Day, I hope everyone can share the gift of kindness with their Dad, and honor them while they still can.” 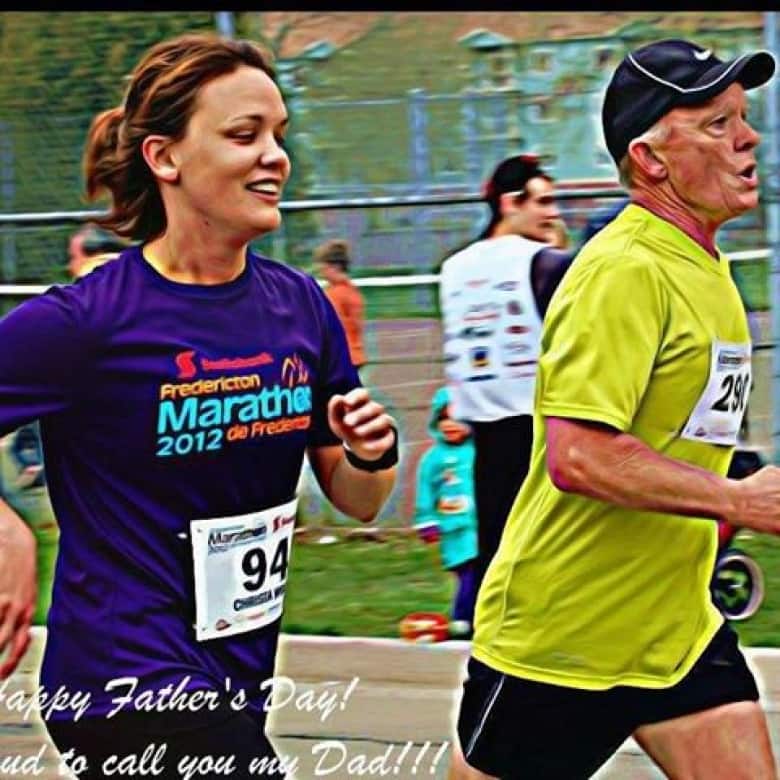 Richard Corey and his daughter, Christa Wood, running the 10K race at the Fredericton marathon is one of the memories Wood said she’ll cherish forever. (Submitted by Christa Wood)

“He’s the hardest working person I know, he does so much for so many. He’s always been there for me and my family,” writes daughter Christa Wood. 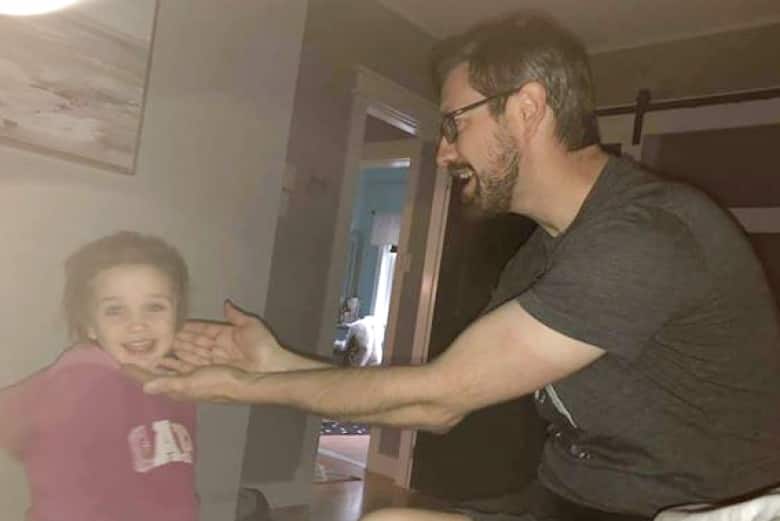 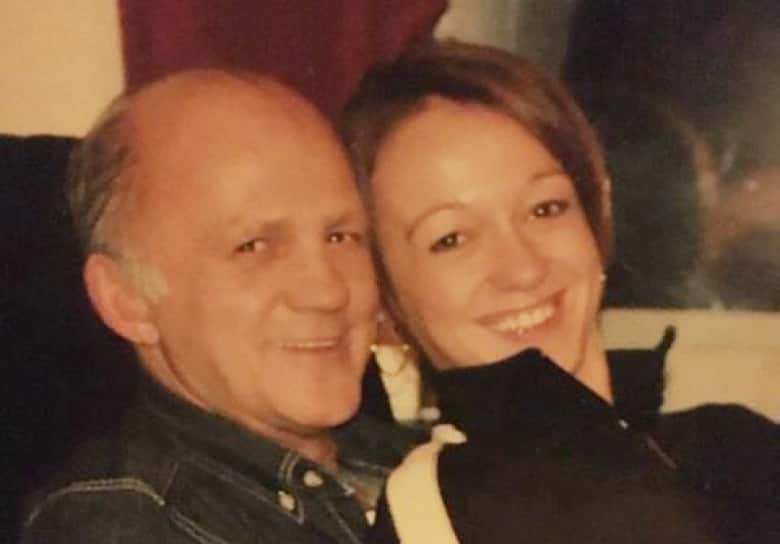 “He was my best friend, my confident, my rock, my everything.  And I’ve missed him every single day for the past four years,” writes daughter Mélani Frenette of her father. 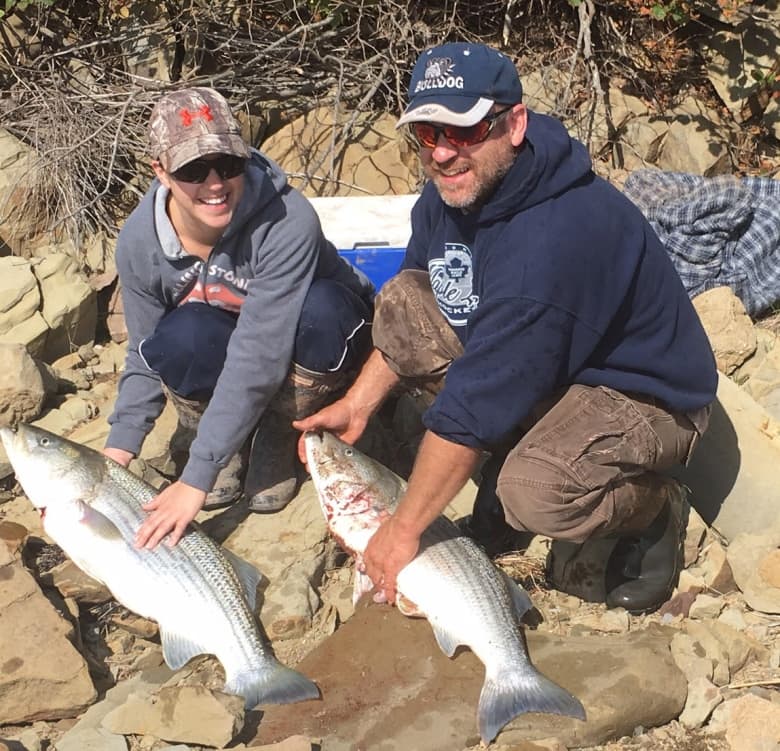 “My dad has shown me so much strength in a really difficult time in our life. He is the hardest working person I know,” Emily Trenholm writes of her father, Craig Trenholm. 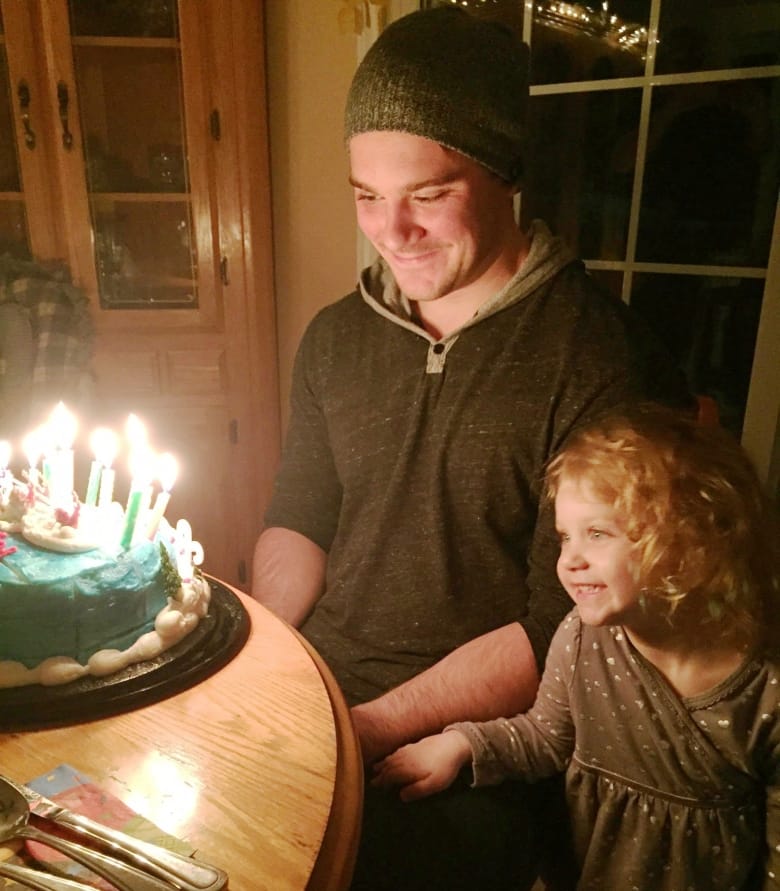 “I love my daddy because he is the best and he loves me so much!” says Everley Trenholm. 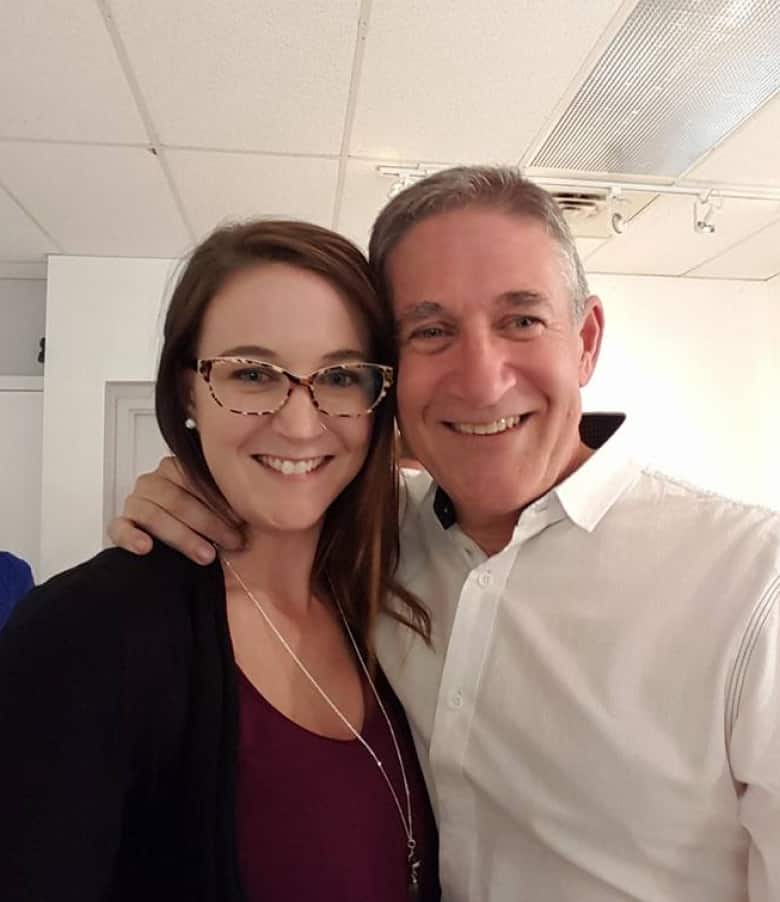 Many know Mike O’Brien as the mayor of Fredericton, but daughter Maggie knows him as her best friend.

“Not only does he do everything in his power to make his family (consisting of all women, mind you) happy — he goes above and beyond for this city as Mayor. He takes a lot of heat, and handles it extremely well. This man never stops smiling,” she writes. 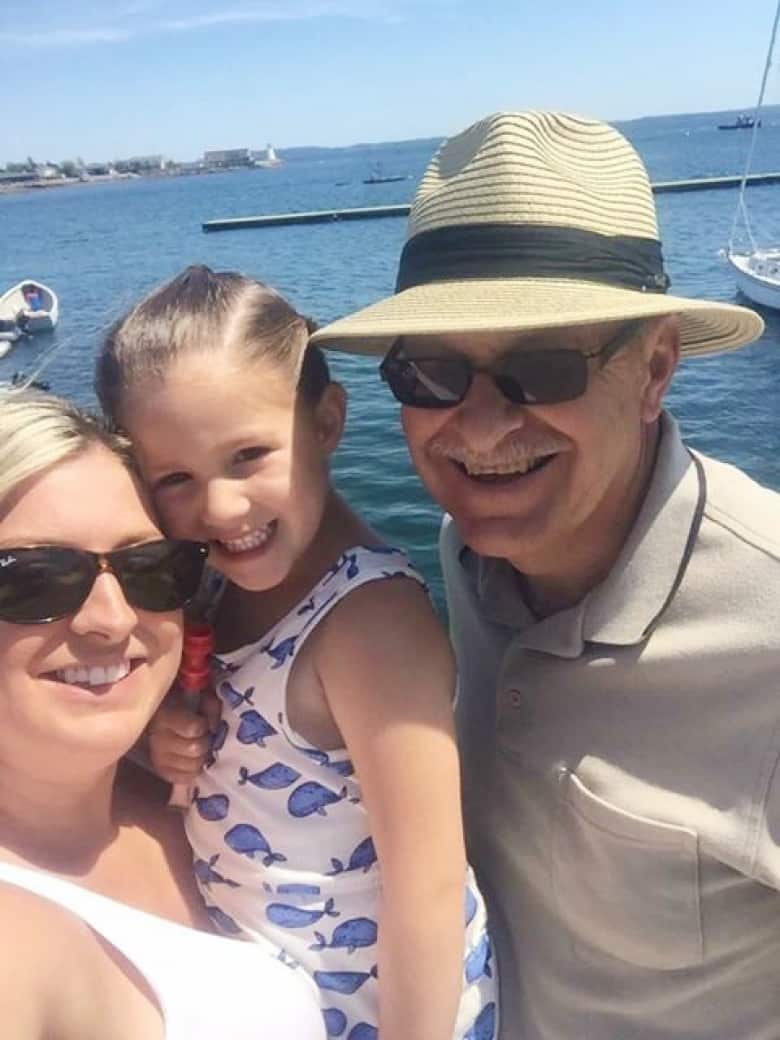 Wallace Carr with his daughter, Cassie Carr, and granddaughter. (Submitted by Cassie Carr)

“He is perfect in every way possible! We love him!” writes daughter Cassie Carr. 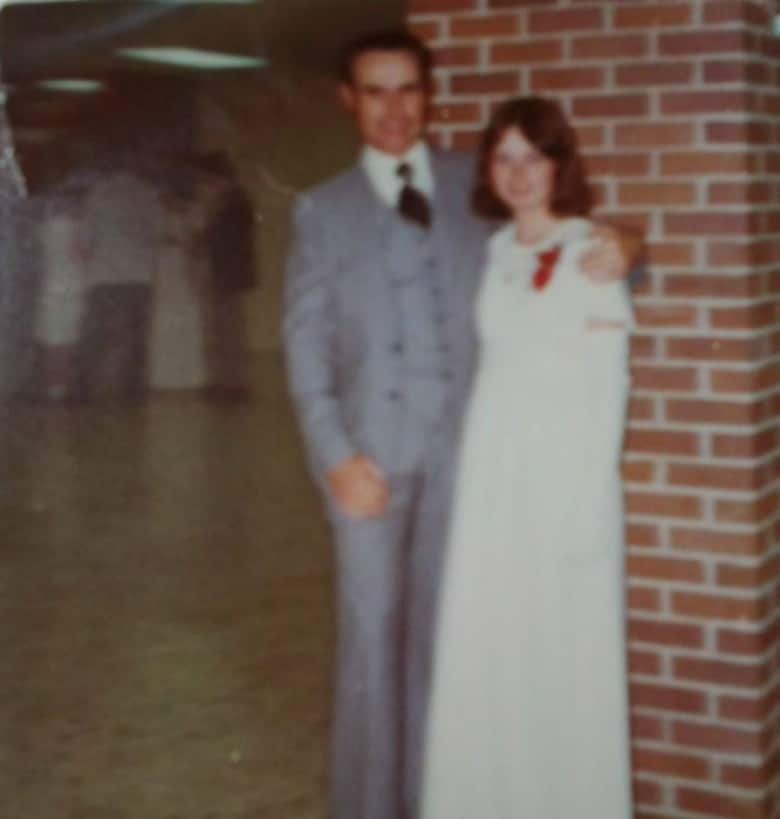 John Dryden just turned 82 years old. He is a husband, father, grandfather and great-grandfather as well as a retired teacher, vice-principal and retired municipal politician.

“He has been the most constant person in my life and has never let me down,” writes Judy Dryden MacDonald, his daughter.

John and his wife will be moving to Fredericton this summer to be closer to Judy and his grandchildren.

“My dad is the best man I know. I love him dearly.” 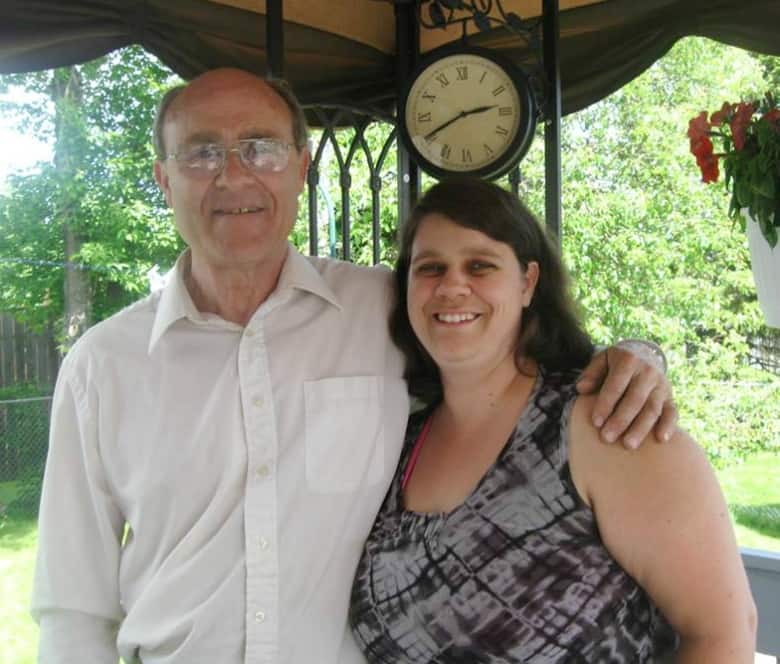 “Besides working hard to provide for our family, I’ve also had the privilege of seeing him work on himself, grow as a person and find more joy in his life with each passing year. My dad, like wine and cheese, just gets better with age,” writes daughter Lisa MacCallum.