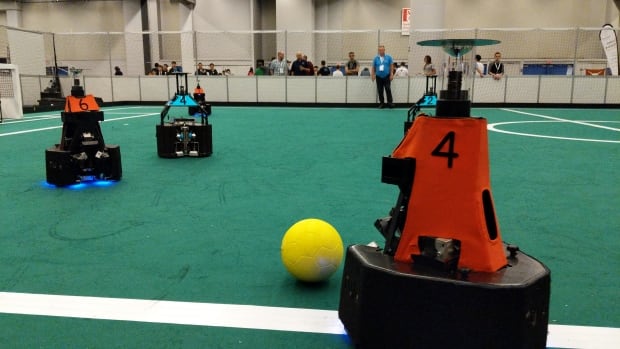 In all, 5,000 robots built by more than 4,000 students will compete in a series of challenges.

The RoboCup — an event to promote the development of intelligent and autonomous robots and new robotics technologies — is on until the end of the week.

Robots of different sizes and capabilities from 35 countries around the world will compete in several events, including rescue operations, virtual simulations, even soccer games played on artificial turf.

In fact, the RoboCup was founded in 1997 with the goal of building autonomous robots that could compete against World Cup soccer players by 2050. 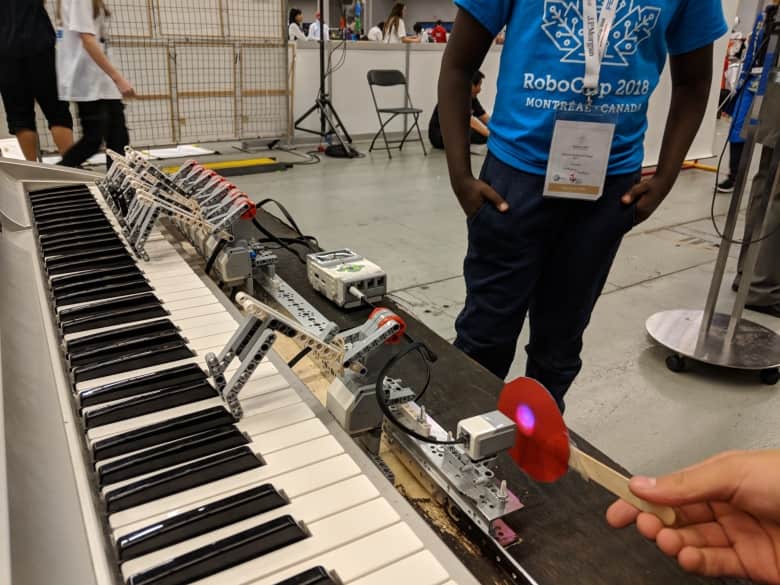 Five teams of students from the English Montreal School Board are participating in the competition.

“We are very excited to be part of this prestigious event,” said EMSB Chair Angela Mancini in a statement.

Some robots used in real-life situations

For Mexico’s Daniel Arreaga, this week’s events are about more than bragging rights.

A robot Arreaga and his team built was sent out into the rubble to search for survivors in Mexico City after a devastating, 7.1-magnitude earthquake struck in September 2017.

He said they chose to build a rescue robot to respond to a need among emergency rescue workers.

The robot was equipped with thermal and CO2 sensors, and bidirectional audio, so that it could sense and hear survivors buried under the rubble, Arreaga explained. 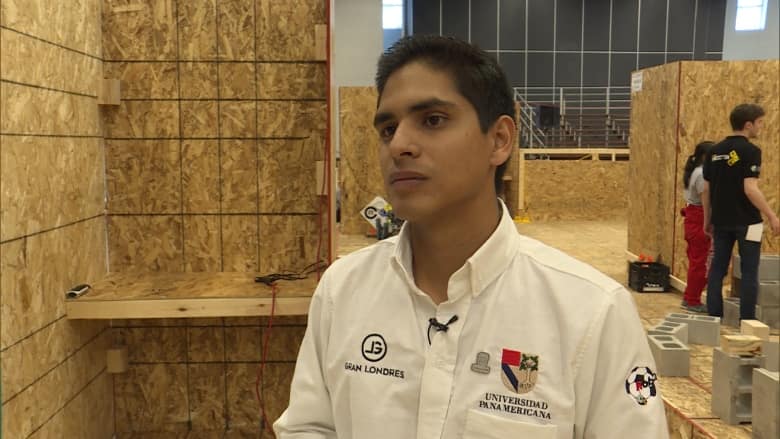 Daniel Arreaga and his team built a robot that could help locate survivors buried under the rubble of buildings that were destroyed after last year’s earthquake in Mexico. (Navneet Pall/CBC)

“The victim can tell us where he is, how he is,” Arreaga said. “It helps us to make decisions.”

​”It is not easy to be there because in those kinds of situation, we can find a lot of things we are not prepared to see.”

Arreaga said participating in the RoboCup gives his team a chance to see others’ work, which in turn will help them make an even better robot themselves.

“That’s the important point of this competition,” he said. 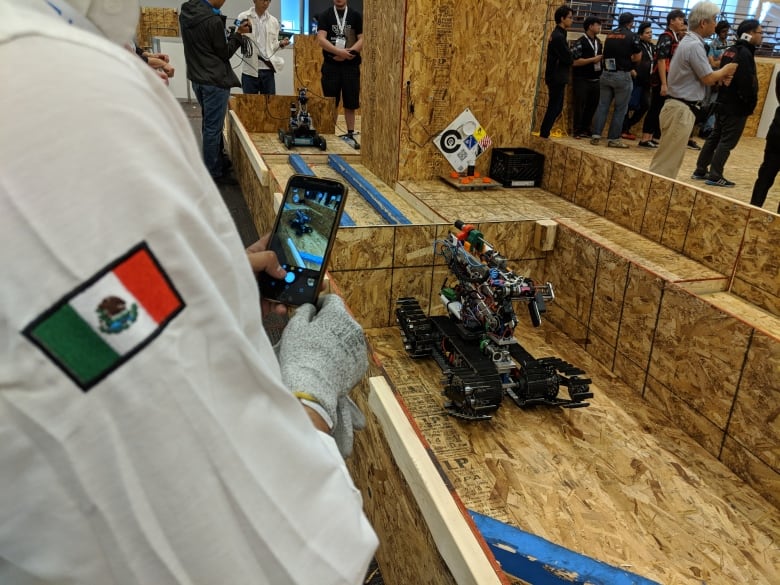 Participating in the RoboCup gives students from around the world the chance to exchange ideas and improve their own technologies. (Navneet Pall/CBC)