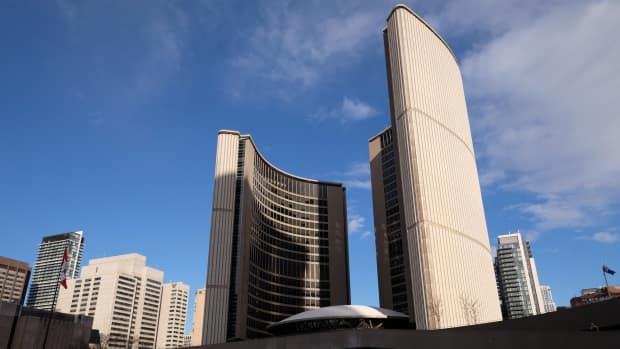 Getting into city hall may soon get more difficult following a vote by Mayor John Tory’s executive committee to endorse airport-style security measures, including bag checks, and metal detectors for the council chamber.

Right now, city hall operates under an open door policy. Security guards are present, but leave entrances open for patrons to enter and exit without being checked. There is also a security presence outside Tory’s office.

Although Tory still says he considers Toronto among the “safest big cities in the world,” he maintains that “there are things to worry about” because violence is a part of the new reality facing public officials and private citizens.

“In 2018, when it comes to the notion of some kind of random or even an organized attack on an iconic public building in which many people work, many people are visiting citizens, and in which there are elected representatives present, I think it is prudent for us to look elsewhere to see what the right thing for our city to do,” Tory said Tuesday.

City council will have to vote on the plan before it comes into effect. 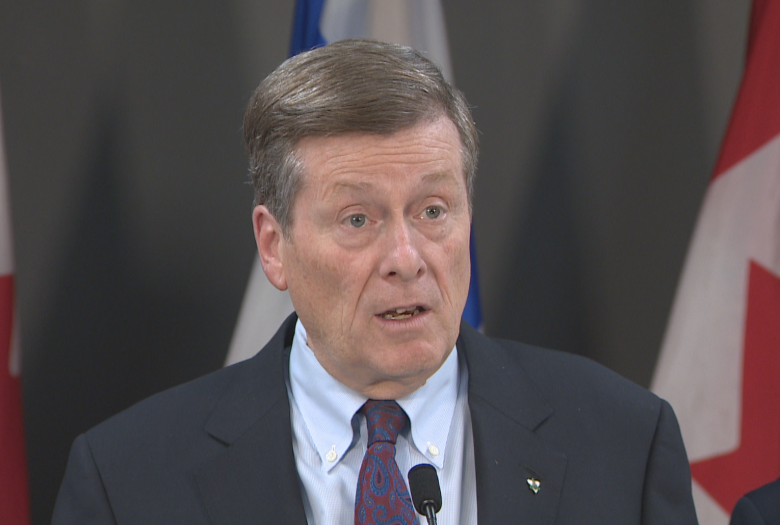 Mayor John Tory considers Toronto among the ‘safest big cities in the world,’ he maintains that ‘there are things to worry about.’ (Paul-Andre St. Onge/CBC)

It’s unclear if the committee’s decision to move forward with security upgrades is due to increased gun violence in the city, or April’s van attack that killed 10 people in the Finch Avenue and Yonge Street area.

In addition, Canada’s terror threat level sits at a “medium”, which means “a violent act of terrorism could occur.” The nationwide indicator hasn’t changed since the 2014 attack on Parliament Hill that left one reservist dead.

What are the suggested changes, and are they new? 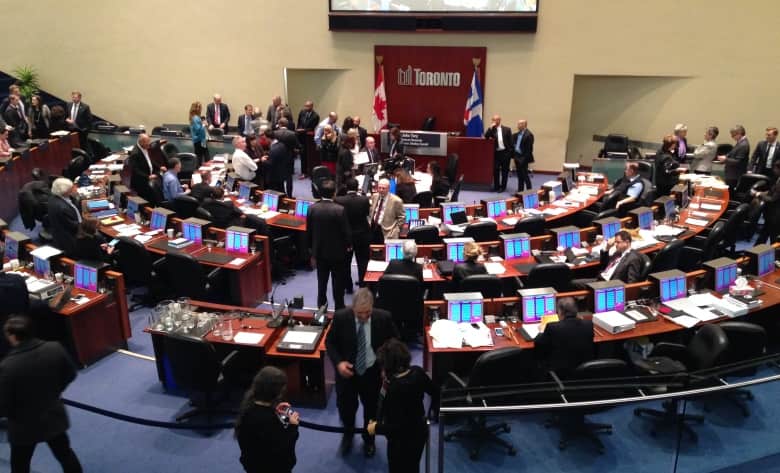 The proposal for tighter security measures must be approved by city council. (John Rieti/CBC)

Included among the proposed round of security measures:

Coun. Michael Thompson, an executive committee member, says there have been smaller security concerns at city hall in the past.

“I think that we ought not to wait for things to happen,” he said.

“We ought to ensure that we are safeguarding our interests. Both the public’s interest, and the interest of the people who work in this particular building.”

As talks about security upgrades have picked up in recent years, so has the discussion surrounding building accessibility.

Many are concerned that changes to building security will affect municipal engagement, partly because city hall is more than just a traditional municipal building. It houses public tours, a wedding chapel, art installations, a functioning Service Canada kiosk, library, and locations to pay taxes and household bills.

Tory has long touted his government as particularly accessible. Following a security incident earlier this year, the mayor said “people can come to my office, and the office of the councillors, with the problems they have with the city government. I think that’s a good thing about the building.”