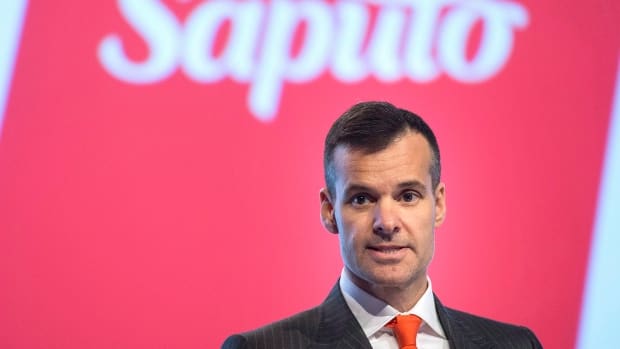 The Class 7 pricing agreement, struck in 2016 between Canadian dairy processors including Saputo and dairy farmers, allowed processors to pay lower prices for domestic milk ingredients used to make cheese and yogurt, and to export the rest.

“They want their cake and they want to eat it too,” Saputo Jr. said in an interview, referring to farmers. “Which doesn’t make sense. You can’t hold onto your milk supply-managed system and have a class of milk that’s competing with world markets at the same time.”

Saputo Jr.’s remarks come after U.S. Agriculture Secretary Sonny Perdue, on a visit to Canada on Friday, said he did not see how the countries could go forward in trade talks without an end to Class 7.

Representatives for Dairy Farmers of Canada and Dairy Processors Association of Canada could not be immediately reached.

Canada matches dairy production to domestic consumption, yielding less than 10 per cent of the market to imports. Above quotas, imported dairy faces tariffs of up to 314 per cent.

Class 7 was struck to create a domestic market for Canadian milk ingredients, after cheaper U.S. volumes that were not subject to high tariffs flooded in during previous years. Those U.S. shipments have dried up since Class 7 took effect, riling farmers and processors in Wisconsin and New York state.

Saputo Jr. said his company felt forced to support Class 7 through its association, at the request of farmers. He said he is speaking out now because scrapping Class 7 would be “logical,” and less damaging than keeping it and surrendering additional tariff-free volumes to the United States, similar to what Canada did in trade deals with the European Union and Asia-Pacific nations.

“The system is broken,” Saputo Jr. said, adding that it would not surprise him to face a farmer backlash. “The problem is everyone is putting their heads in the sand and no one really wants to find solutions until they’re forced. We’re in a position today when we can control our own destiny.”

Saputo shares finishing down one cent in Toronto at $43.74.