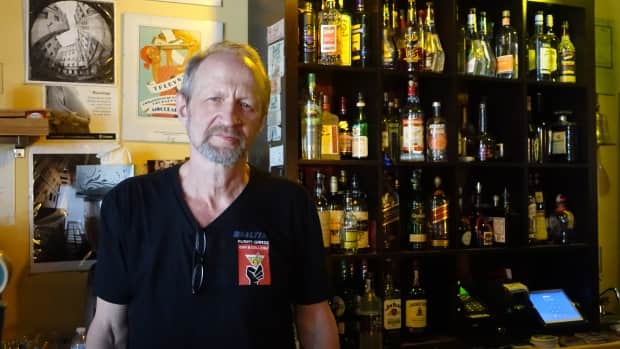 The Russian-Canadian owner of a bar near the ByWard Market says he’s been experiencing harassment and taunts because of his nationality — and he wants it to stop.

Alex Yugin has owned the Avant-Garde Bar and Gift Shop on Besserer Street since 2004. But over the last few years, he said, he’s become the target of an increasing amount of anti-Russian sentiment.

Hostile messages have been written on or scratched into the walls in the bar’s bathroom, Yugin said. Passers-by on the sidewalk have also yelled at him while he’s behind the bar, leaving him and his customers shaken.

Her father arrived at the bar to find someone had taped a FIFA-themed, anti-Russian poster to the front window, on top of the oversized World Cup schedule posted there.

Saturday was also his birthday, she said. 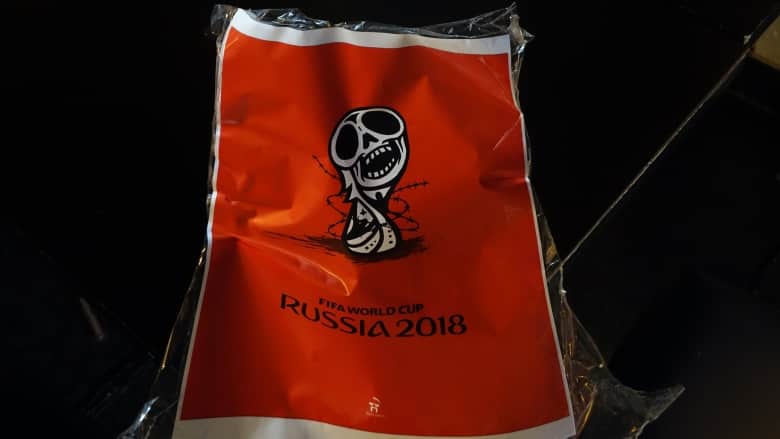 Alex Yugin found this poster, a reworking of the FIFA World Cup logo, taped to the front window of his bar on Saturday. The political message itself doesn’t bother him, but he’s tired of his bar being the target. (Leah Hansen/CBC)

“I just felt sorry for him, because it was his birthday and he always laughs everything off, you know, any kind of profanities that he’s had hurled at him,” she said.

“It just hurts to know that my father has to go through it.”

CBC News has agreed not to use her last name because she’s concerned for her family’s well-being.

While the political message doesn’t bother him, Yugin said he’s tired of his business being targeted. The incident prompted them to file a police report, he said.

Yugin said the harassment has seemed to increase over the last few years, particularly after the U.S. presidential election focused much of the world’s ire on the Russian government and its political meddling.

Despite that tension, Yugin said he’s not the right person to be lashing out at.

“If they want to be political, they should go to any embassies. They can protest [there],” he said. “[This is] not an embassy, a foreign country. It’s a family [run] Canadian business.”

His daughter also said she’s fine with people expressing political points of view — but the bar isn’t the right outlet.

“People seem to have trouble separating ordinary Russians from what is happening on the political level between the countries,” she said.

“I understand. People read the news and they feel frightened and confused. But they have to be able to understand that we have nothing to do with the politics.”

Yugin is planning to increase the bar’s security, he said, starting with cameras aimed at the front of the bar and the sidewalk outside. 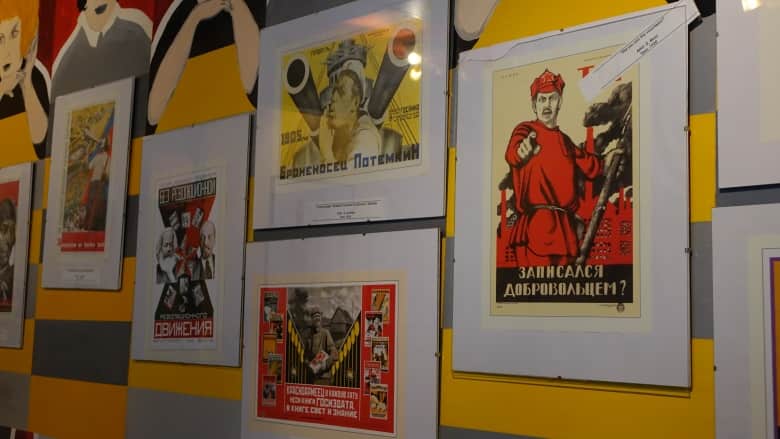 Examples of Russian propaganda from the Soviet era are displayed as artwork at Ottawa’s Avant-Garde Bar. Yugin and his family think they may partly explain why the bar’s become the target of anti-Russian sentiments. (Leah Hansen/CBC)

Yugin said he and his family, including his two daughters, fled Russia in 1998. Life in Saint Petersburg had become difficult, largely because of the fall of the Soviet Union and the collapse of civic institutions.

The family first moved to New York City, where Yugin worked at an IT company. After arriving in Canada, he opened the bar and decorated it as a tribute to avant-garde art and its history.

Some of the bar’s posters show Russian propaganda that harkens back to the Soviet Union of the early 20th century.

As the family considered the reasons why they might be targets for harassment, Nina said they settled on one theory: that the artwork might prompt some people to think they’re spreading propaganda themselves.

She said that’s not the case.

“It’s supposed to give people insight into what people back in the Soviet Union days, in the 1930s and 40s, were exposed to — and what their mentality was molded by,” she said.

During the early days of running the bar, customers were eager to hear about their experience in Russia, she said, and would offer their own stories of growing up in Canada.

“It was truly a cultural, educational exchange in every possible way,” she said. “But now, it’s almost like an invisible wall — I don’t want to make comparisons to an Iron Curtain, but this is what it’s starting to feel like.” 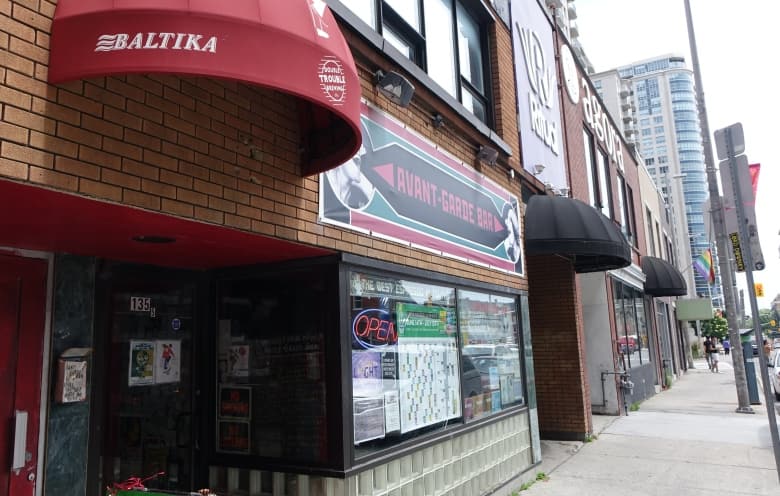 Yugin said he found the poster taped over the FIFA World Cup schedule displayed in the front window. (Leah Hansen/CBC)

Yugin said students from the University of Ottawa and Carleton University still come into the bar to get a look at the memorabilia and chat with him about what life in Russia was like.

Despite everything, he’s hopeful the situation is only temporary and that the people shouting at him and writing on his walls will think about who they’re targeting.

“They want the person who is keeping his finger on the red button,” Yugin said. “I’m not that guy. I’m Canadian, trying to run our family business.”