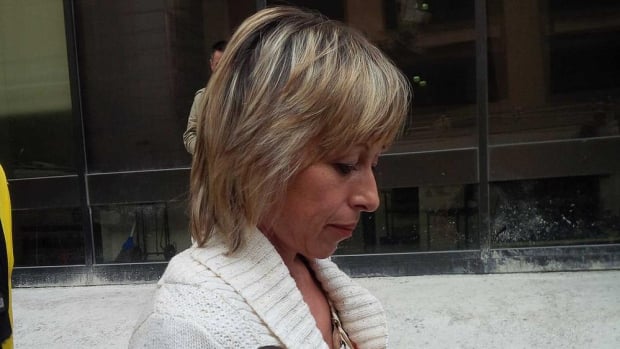 The widow of former Toronto mayor Rob Ford has been given a suspended sentence after pleading guilty to impaired driving.

A judge ordered three years of probation and 100 hours of community service for Renata Ford, and also issued a two-year driving ban and a $1,100 fine for a 2016 incident.

Her lawyer had argued for no jail time and a minimal fine, while the Crown had asked for 45 days behind bars and a license suspension for one to three years.

Ford kept a relatively low profile during her late husband’s tumultuous term as mayor from 2010 to 2014 but entered the spotlight earlier this month when, in the final days of Ontario’s election campaign, she filed a lawsuit against her brother-in-law, Progressive Conservative Leader Doug Ford. 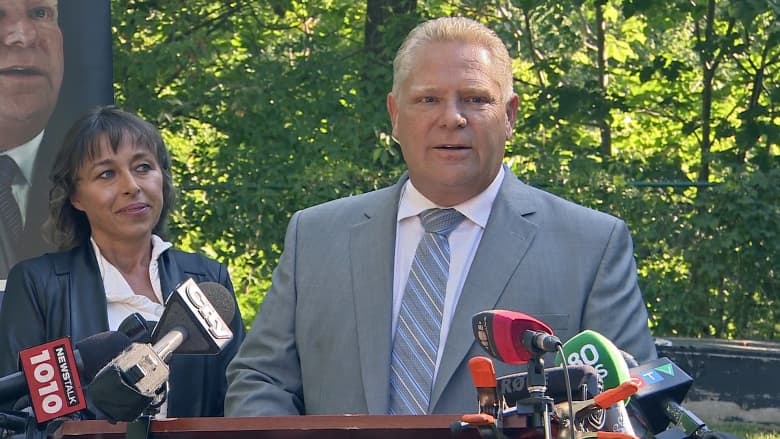 Renata Ford has filed a lawsuit against her brother-in-law, PC Leader Doug Ford, alleging she and her children were bilked out of millions of dollars. (CBC)

That suit claims Doug Ford, now Ontario’s premier-designate, and his brother Randy Ford mishandled Rob Ford’s estate and destroyed the value of the family business, depriving Renata Ford and her children of income.

Doug Ford has called the allegations in the suit false and said he has always stood by his brother’s wife and children.

During sentencing submissions in Renata Ford’s impaired driving case, an agreed statement of facts presented in court said she was turning into an LCBO parking lot on Dec. 28, 2016, when her vehicle “rubbed up against” another vehicle.

After being helped from her vehicle by witnesses, and asking them not to call the police, Ford tried to buy a bottle of wine at the LCBO but was denied service, court heard. Police found her sitting in the passenger seat of her vehicle and administered a breathalyzer test, which she failed.

In court on Wednesday, Renata Ford issued an apology.

“I just want to say that I’m truly sorry for my actions,” she said. “I’ve tried to do what I could to prevent (this) from happening again.”

Her lawyer, Dennis Morris, told the court that his client has been in therapy and undergone treatment at an addiction facility, that she no longer consumes alcohol and has an anti-drunk driving lock in her vehicle.

He also described Ford as a widow with “limited means,” whose only income is her late husband’s municipal pension.

“She lived in a terrible chaotic world … being the spouse of an individual that was targeted by the media for many, many years,” Morris said. “It’s no excuse for any action that would be against the betterment of society, but it’s a human action, a human element and she is human.”

Rob Ford died of a rare form of cancer in March 2016. Renata Ford’s aunt and father died that year as well, adding to pressures she was facing at the time of her arrest, Morris said.