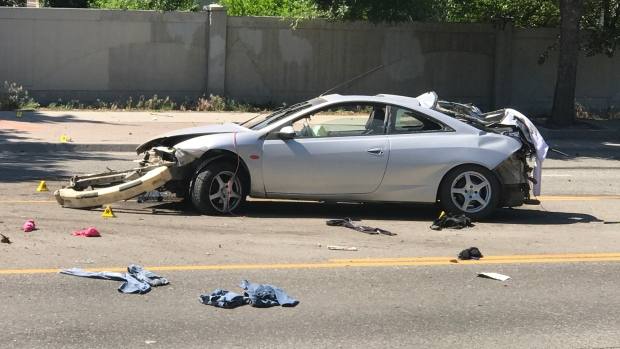 RCMP say one of their officers witnessed a crash in Kelowna, B.C., early Wednesday, prompting an investigation by the Independent Investigations Office.

Staff Sgt. Annie Linteau says the police watchdog will have to determine if there’s any link between the officer’s actions and the crash, which happened near the intersection of Highway 33 and Highway 97.

In a news release, RCMP say their officer was on routine patrol when he saw a speeding vehicle go in the opposite direction and turned around to follow it. 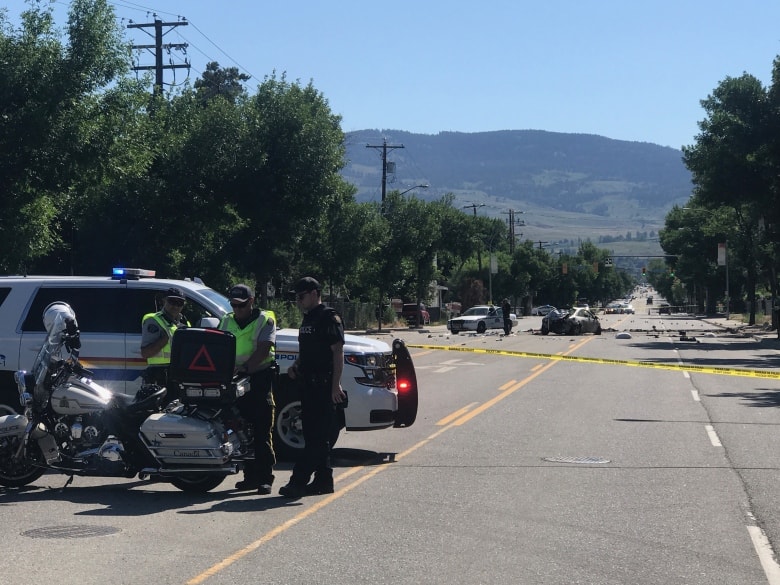 The IIO has been called to the scene of a car crash in Kelowna. (Brady Strachan/CBC)

The release says the officer watched the vehicle being driven erratically before it crossed into the oncoming lanes and hit a wall.

Police says three of the four people inside were ejected and all four are in hospital with serious injuries.

The intersection was closed off while Kelowna’s municipal traffic service investigated the crash.