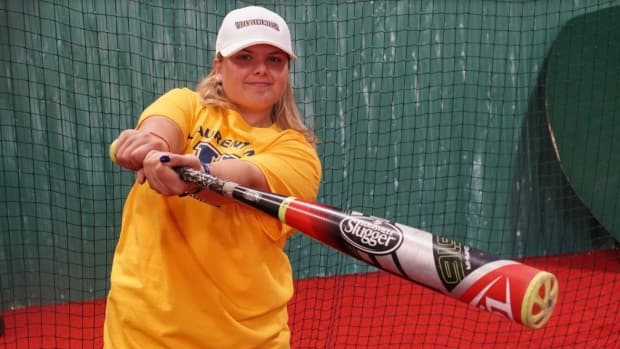 A Sudbury teen is getting ready to make history as she’s going to be one of the pitchers for Laurentian University’s new men’s varsity baseball team this fall.

Julia Jodouin, who is only 17, is the second and youngest female athlete in Ontario University Athletics’ history to play for a men’s variety baseball team.

In addition to taking to the pitcher’s mound, she also expects to play at first and third base.

“It’s definitely exciting,” she said. “I hope to be a role model for other girls.”

Jodouin will be working towards her Bachelor of Science in Nursing while attending Laurentian.

Baseball has been an important part of her life as she started playing in a league when she was about 9 years old. She eventually played with the Sudbury Shamrocks boys peewee travelling team.

She’s also played for on the Team Ontario women’s squad and is a prospect in Canada’s national women’s baseball program.

Julia Jodouin of Sudbury is set to make history in the world of varsity sports. She’ll be the second woman to play on a men’s university baseball team when she suits up for the Laurentian Voyageurs’ inaugural season next fall. The CBC’s Benjamin Aubé caught up with Julia Jodoin to talk about her joining the men’s team. 6:52

Jodouin says she was excited when Laurentian announced a varsity team would be set up for the fall. She says the timing was right to see if she could get involved.

“I wasn’t sure of where I was going to go to school,” she said.

“So it was kind of mixed in with where I wanted to go and it played a factor too because if I could go to Laurentian, I could potentially play on the team and get all that extra development. It was really awesome to have that opportunity because it could have happened in a couple of years from now…so it worked out really well.”

As for being the only woman on the team, she says she simply plans on being herself.

“I just hope that everyone sees past the fact that I’m a girl,” she said. 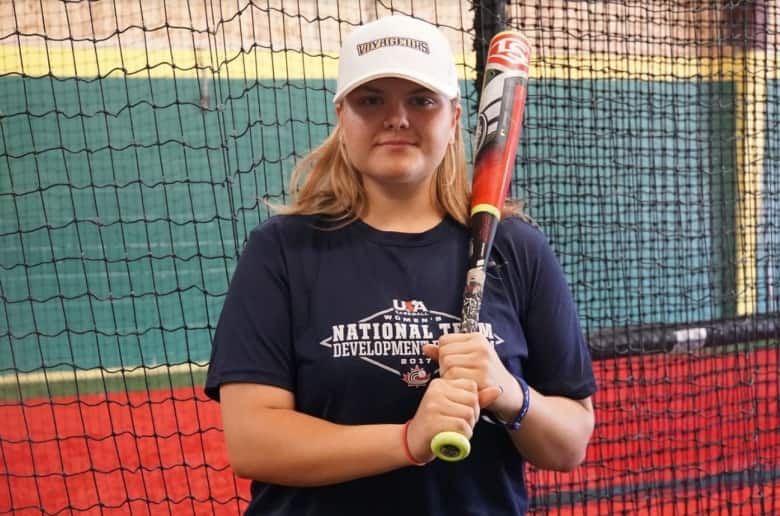 Originally from Sudbury, Jodouin will stay in her hometown to study nursing at Laurentian while playing on the varsity baseball team. (Benjamin Aubé/CBC)

“I just want to be not treated any differently because of being a girl. I’m here because of my skills.”

Coach Brodie Jeffery says having a player with Jodouin’s calibre will “raise the bar for each and every player.”

“When starting a baseball program from the ground up, you need good players to build a solid foundation,” he said.

“Julia not only brings the necessary talent, but also steadfast determination and commitment to the sport.”