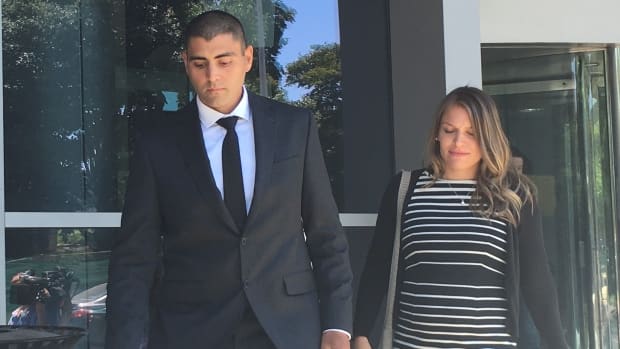 A Hamilton man charged with second-degree murder says he was relying on his military training to “neutralize a threat” when he loaded a shotgun, ran outside and gunned down the man trying to steal his truck.

Peter Khill admits he shot Jon Styres, a member of the Six Nations of the Grand River, on the night of Feb. 4, 2016, but he’s pleading not guilty.

In his opening statement, Khill’s lawyer Jeff Manishen, said his client was just defending himself. 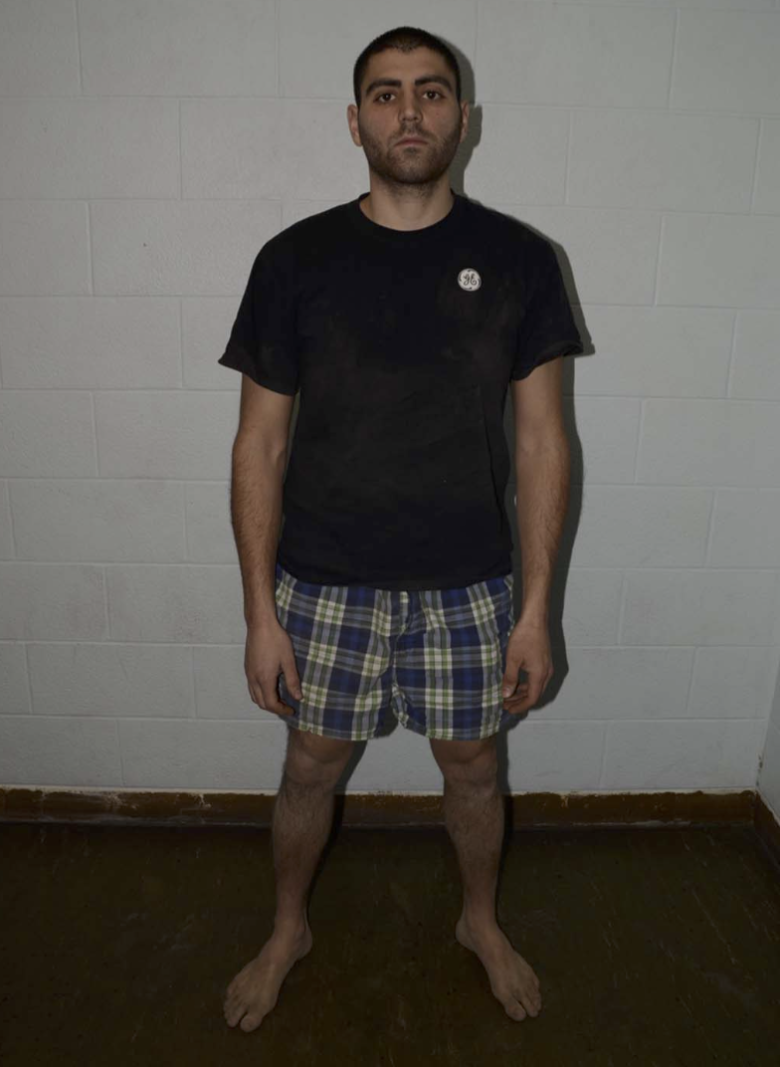 Police took this photo of Khill in a black T-shirt and boxers shortly after he was arrested on the night of the fatal shooting. (Ministry of the Attorney General)

Khill took the stand in his own defence Tuesday, telling Hamilton Superior Court that he kept a shotgun in his bedroom closet for self-defence.

“If there was any attack or threat at night,” he said, “I [figured] would be in my bed and I wanted a chance to defend myself.”

The 28-year-old also talked extensively about the military training he received as a reservist with the 56 Field Regiment in Brantford, Ont. where he was drilled on how to quickly react to situations.

When he and his girlfriend were woken up around 3 a.m. that night, Khill said it was like someone flicked a switch. His military training kicked in.

Manishen asked his client if he ever considered calling police, but Khill said he was afraid whoever was outside could get into the house in seconds.

“I didn’t think it was necessary to take that time away to make that phone call.”

Instead, he told the jury, he ran outside in bare feet, a T-shirt and boxer shorts to take on the “threat.”