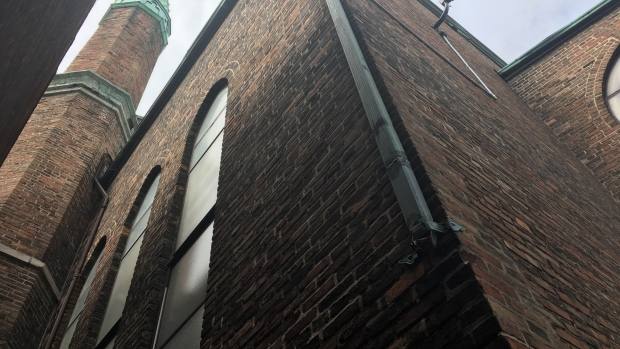 Copper downspouts have been stolen from Windsor’s historic Assumption Church by someone who targets the 176-year-old building at night.

Surveillance footage shows the thief reaching as high as they can, snipping several downspouts from the historic church.

“It’s disappointing that someone is coming, sneaking during the night and damaging the church,” said Nelson Couto, communications officer for the London Diocese, which owns the building.

Couto assumes the criminal stole the metal for profit, although he admits it’s not worth much. 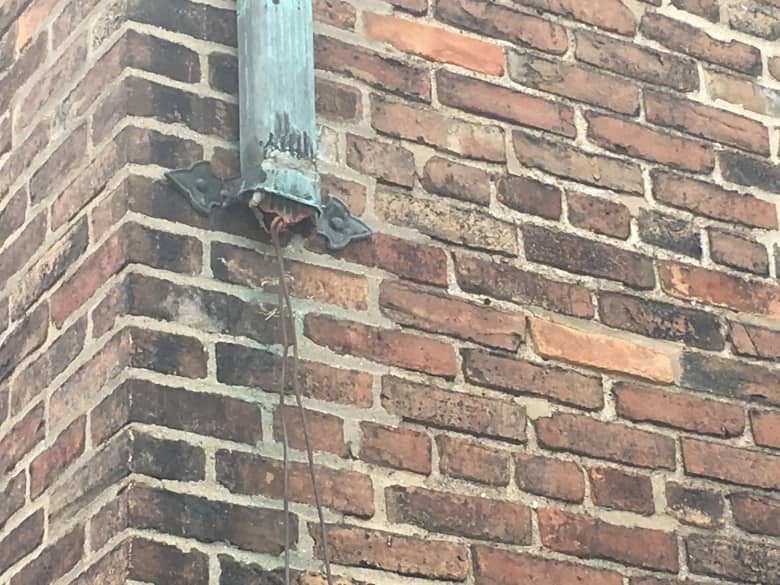 Pieces of copper downspouts were taken from Assumption Church in Windsor on two different occasions since Thursday. (Jason Viau/CBC)

Everything was caught on surveillance video. However, the thief managed to keep their identity out of sight.

Assumption Church has filed a report with Windsor police. Since it’s located next to the University of Windsor, church officials said campus police have agreed to keep a closer eye on the property.

They report other “nuisance” damage, including a stolen flower pot.

“It’s unfortunate that this sort of thing would take place, especially at church grounds,” said Couto.

Assumption Church closed in 2014 because it was in need of $15 million worth of repairs.

After a few failed fundraising attempts, very little has changed when it comes to the potential revitalization of the building. 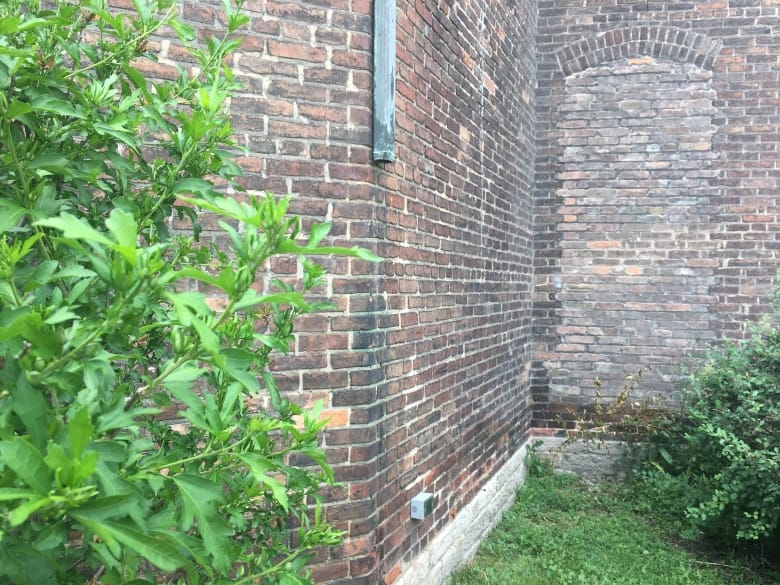 Assumption Church assumes someone stole pieces of its copper downspouts to sell for money. (Jason Viau/CBC)

Future of church being analyzed

A report is currently being written to analyze the situation for the Diocese of London for information purposes.

“It’s an overall analysis looking at past fundraising and the state of the building,” Couto tells CBC News.

It’s unclear when that analysis will be complete.