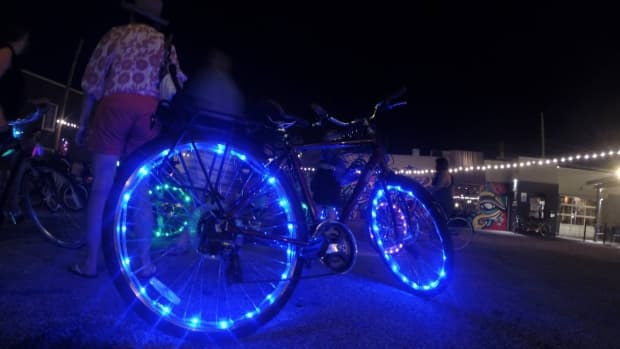 WindsorEats is pumping the brakes on its popular nighttime community bike ride event — Friday Night Lights — after some bad behaviour from riders.

That includes ignoring guides, bringing alcohol to the ride and cycling on sidewalks, according to the organization.

The group has cancelled its June 29 event to reassess. But if costs to improve safety measures are too high, the event might just be cancelled altogether.

The problem with being too popular

The community bike ride originally started in 2014 as a monthly event. Ciotoli said the event’s rapid growth prompted WindsorEats to turn it into a biweekly event.

This year’s schedule kicked off May 4 and was set to end in October.

“Before things escalated … we cancelled the ride and now we’re trying to see if there’s a future for it,” WindsorEats owner Adriano Ciotoli said. 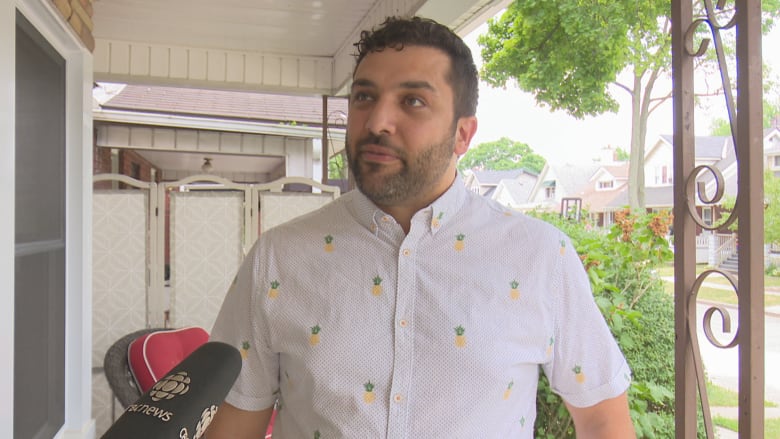 WindsorEats owner Adriano Ciotoli said there is no date in mind for the next Friday Night Lights event. (Dale Molnar/CBC)

“The safety of our riders comes before any fun time on a Friday night.”

Not returning if costs are too high

The group is hoping to meet with Windsor police to discuss having paid officers bike alongside the participants.

But that’s something the organization will only move forward with if the costs aren’t too high. WindsorEats already spends $1,000 on each Friday Night Lights event.

First and foremost, the safety of our riders comes before any fun time on a Friday night.– Adriano Ciotoli, WindsorEats

“If those costs increase even more, we really have to take a step back and see if this is something we can feasibly move forward with.”

The organization will also be meeting with the founder of Slow Roll Detroit — another popular biking event which attracts thousands of participants.

“When they were starting to grow, they had some of these same issues as well, so we’d like to see how they handled it.”

The group does not have a specific date in mind for the event’s return. Schedules for their other tours — like the Wine Trail Ride and the Bikes and Beers cycling tours — remain the same.