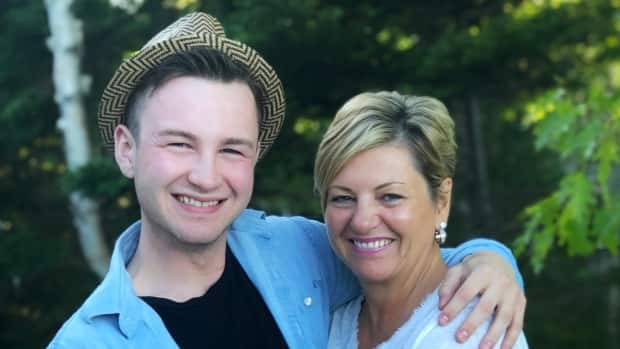 A small business owner on Nova Scotia’s South Shore is preparing to welcome several drag queens into her home this weekend.

Kim Myra, manager of Oscar’s Cafe, Flowers, Gifts and Such, wanted to make a splash at this year’s Privateer Days street parade in Liverpool, N.S.

Her 20-year-old son Bradley Keeping Myra, a past Canada Games figure skater, is gay and performs in drag. Myra wanted to celebrate the LGBTQ community with her float.

When she first announced her plans on Facebook there was backlash and Myra decided to withdraw her entry.  But messages of support poured in and Myra’s entry is not only back in the parade, but bigger than ever.

“He was disappointed when I had to pull out, but he understands,” Myra told CBC’s Maritime Noon.

“But now this is all happening and he’s got a lot of his friends supporting him, so they’re all coming down Friday evening and I’ll have my whole house being filled with drag queens getting dressed starting [Saturday] probably around 7 o’clock in the morning.” 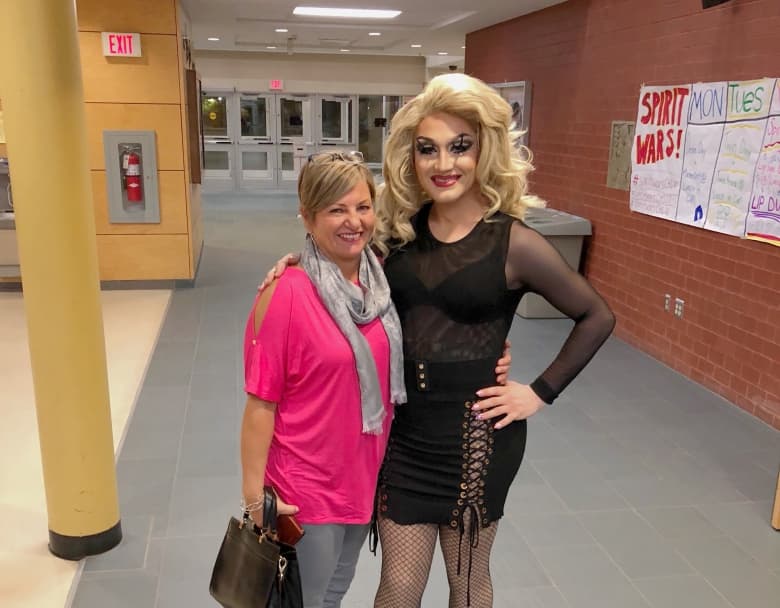 Bradley and his mother posing after one of his drag performances. (Kim Myra)

Myra said the initial response from some community members disappointed her.

“You don’t want to ruffle feathers in an older community that is just uneducated on what the LGBTQ community is all about,” said Myra.

She said it was “hurtful” to her as a mother of a gay son. Myra also has gay friends.

‘This is ridiculous, you need to do this’

She said after she posted her decision to cancel the float on Facebook, people reached out in solidarity from both the local community and afar.

“I had an overwhelming amount of people that came to me … saying, ‘This is ridiculous, you need to do this, this is exciting for Liverpool, we’ve never seen anything like this,'” said Myra.

She said she’s glad she’s going ahead with the parade and will get to show off how proud she is of her son. 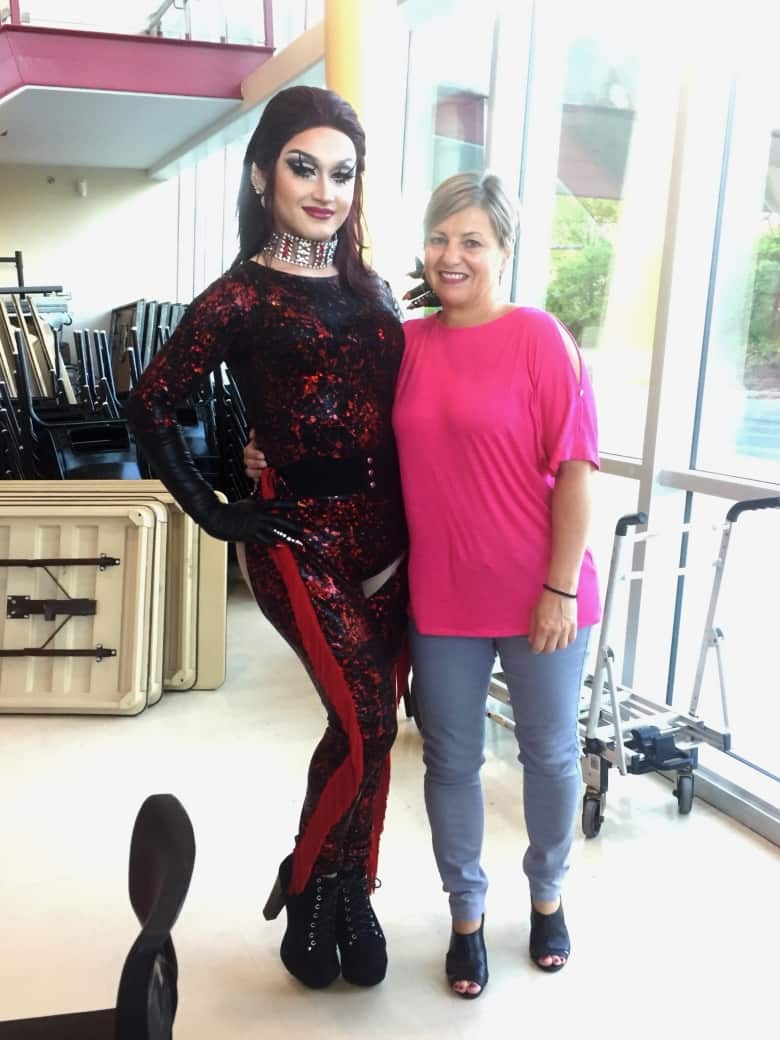 Kim Myra said even if she didn’t enter a float the drag queens planned to walk in the parade. (Kim Myra)

After announcing the float was back in the parade, Myra had more than 14,000 responses and comments on her Facebook page in support.

“From my understanding, there will be a lot of people holding Pride flags and dressed in bright colourful shirts,” she said.

For those in Liverpool on Saturday at 11 a.m., Myra’s SUV will be hard to miss. It will have a large crown on its roof, panels of Pride colours all around and a posse of drag queens marching alongside her throughout the parade.