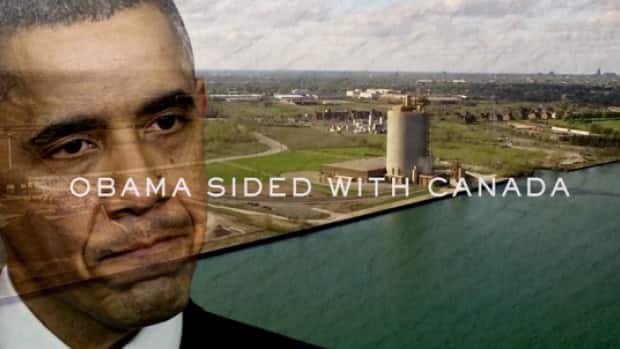 A new TV commercial by the Detroit International Bridge Company says the construction of the Canadian-funded Gordie Howe Bridge will take jobs and trade from the U.S.

The commercial appeals directly to U.S. President Donald Trump, asking him to revoke a 2013 Obama-era ‘Buy America’ waiver which allows Canada to build a new international span to Detroit.

“There’s a number of misrepresentations and inaccuracies in the video … To suggest that only Canadians will be working on the project is a complete misrepresentation,” Windsor-Detroit Bridge Authority spokesperson Mark Butler said.

What’s in the ad?

The one-minute advertisement opens with a male narrator addressing a spoken letter to the U.S. President while a piano rendition of “America the Beautiful” plays in the background.

“There are two grand, new bridges being proposed between America and Canada. One is American-made, American-owned. It uses American-made steel — 5,000 American workers,” the narrator says.

“The other would be Canadian-made, Canadian-owned, Canadian workers. Who knows who would make the steel?”

“But wait,” the ad continues, showing a picture of former President Barack Obama frowning with the subtext: ‘Obama sided with Canada.’

“Inexplicably, President Obama issued a presidential permit and granted a Buy American waiver for Canada, so their Canadian-owned bridge didn’t have to use American steel,” the narrator adds.

The Windsor-Detroit Bridge Authority takes great exception to the advertisement, saying the Gordie Howe Bridge is beneficial to both countries.

In March, the Windsor-Detroit Bridge Authority announced Parsons Inc. had been selected for the role of “Owner’s Engineer” — a role which requires the company to act as a liaison between the bridge company and whatever firm is selected to actually build the bridge.

Butler said the WDBA have received three proposals from teams consisting of both Canadian and American companies.

“Unlike other projects which are just based in one country, this is a binational project,” he said, adding workers from both countries are imperative for the bridge’s construction. 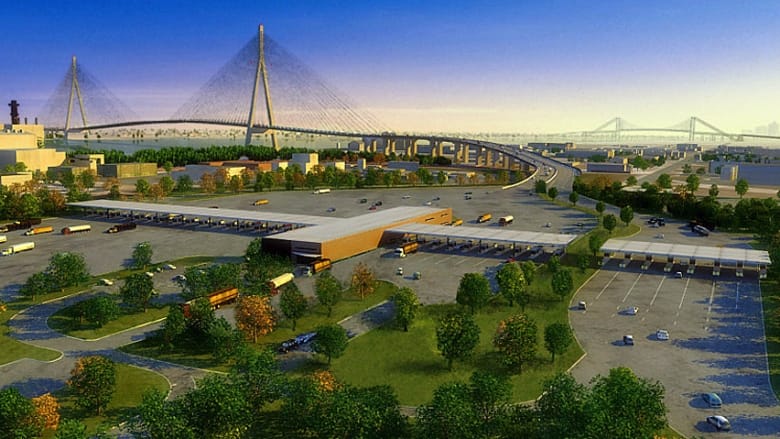 An artist rendering of the Gordie Howe International Bridge. (WDBA)

The bridge will be built through a Buy America waiver, meaning any steel or iron component of the U.S. portion of the project can be sourced in either Canada or the United States.

“What [the waiver] is also saying is it won’t be offshore steel — it won’t be Chinese steel.”

Butler said the WDBA will be announcing private sector partners for the Gordie Howe Bridge construction in the coming weeks.

Dan Stamper, president of the Detroit International Bridge Company, told CBC News the plea was necessary because of Canada’s “anticompetitive” demands to tear down the current bridge.

West Windsor advocate, lawyer and school board trustee Fabio Costante is concerned Trump may act on the ad — in line with his administration’s ‘America First’ platform. 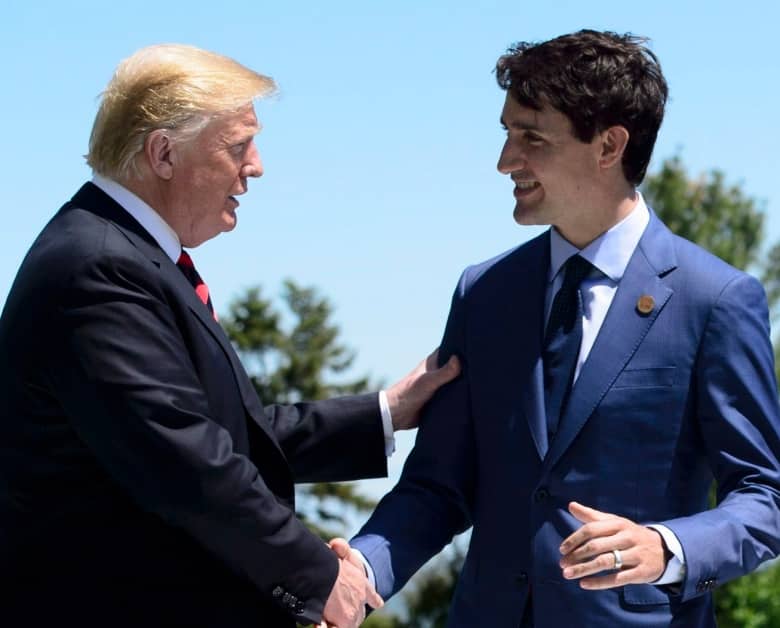 “It is a bit worrisome that things like this have legs. He tends to play to this type of frustration … It goes to show how untrustworthy the bridge company is to try to get their way,” Costante said.

“There’s a bit of fear-mongering that there’s going to be no American jobs, even though that’s been touted several times from the Governor of Michigan and others.”

He said the ad taps into a “very cynical side of politics” and finds it unfortunate that Mouron’s company is resorting to these measures to derail the Gordie Howe project.

“To go reach out directly to the President and play it from the lens of American-made steel and American-made jobs is misleading.”