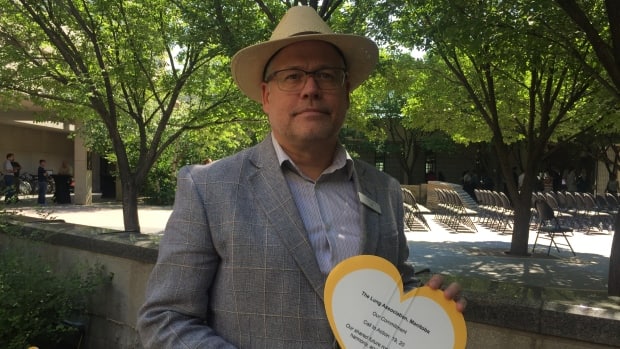 A Manitoba association created by the agency that once ran segregated “Indian hospitals” in the province is among more than 40 new signatories to Winnipeg’s Indigenous accord.

“It’s very important for us. It’s part of our reconciliation process,” said Neil Johnston, president of the Manitoba Lung Association.

“We want to re-establish a really good, solid working relationship with Indigenous people.”

The Lung Association was among dozens of Winnipeg-based groups that added their names to the city’s year-old Indigenous Accord on Wednesday morning. Other groups include the Royal Winnipeg Ballet, CentrePort Canada, Investors Group, the Manitoba Museum and the Manitoba College of Social Workers.

The accord was first signed by more than 80 groups last March. Signing on means committing to an ongoing responsibility to reconciliation, the city says. Signatories are required to report yearly on the success of their efforts and their future goals.

For the Lung Association, it also means addressing a legacy of segregation, substandard care and allegations of mistreatment at the hands of tuberculosis doctors from Indigenous patients, Johnston said.

“We want to make sure that that … never happens again, and we want to help in the healing of people who have survived that care but also the families and make up for the intergenerational trauma that occurred,” he said.

The board was tasked with overseeing provincial care for tuberculosis, a respiratory illness that was widespread at the time. Under that mandate, it established a number of racially segregated “Indian hospitals” in the province.

Survivors of those hospitals in Manitoba and across Canada have shared widespread allegations of mistreatment and abuse, including reports of medical experimentation from a Manitoba patient. In January, two Canadian law firms filed a $1.1-billion class-action lawsuit on behalf of former patients.

In Manitoba, the “Indian hospital” experience and the tuberculosis experience were often one and the same, Johnston said.

“The Lung Association has over a 100-year legacy, which includes managing the care and treatment of all Manitobans and Indigenous people. But unfortunately, under the Sanatorium Board’s care, there was a lot of issues regarding the standard of care, which we’re really, really unhappy and really saddened to hear that that happened,” Johnston said. 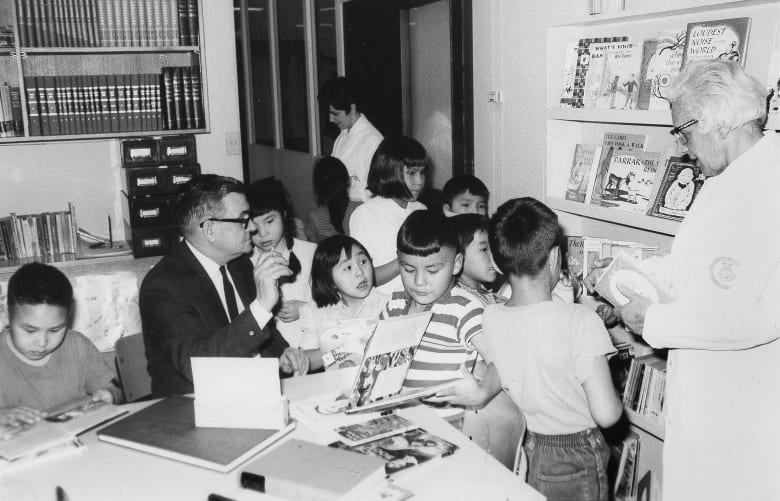 A teacher with students during the 1960s at the Charles Camsell Indian Hospital in Edmonton, Alta., one of 29 facilities named in a class-action lawsuit filed on behalf of former patients at racially segregated hospitals. (Alberta Provincial Archives)

“Going forward, we want to reconcile the substandard quality of care that occurred and we want to walk together with Indigenous people so that they, as well as all Manitobans, can breathe with ease.”

The association is committing to working toward health-related calls to action outlined by the Truth and Reconciliation Commission, Johnston said. By signing the accord, he said the group will be held accountable to following through on a plan it will lay out to achieve that.

So far, Johnston said its goals include examining and establishing the association’s own history, and speaking to people who experienced the hospitals themselves. From there, the association will work with Indigenous community members to form a plan for reconciliation and improved health outcomes.

“We want to make sure that all of our actions going forward relate to a balanced approach, making sure Indigenous people aren’t treated any differently,” he said.

Winnipeg Mayor Brian Bowman urged more organizations to sign on, calling the accord an “aspirational document” and an ongoing effort.

He couldn’t say to what extent the city has followed up with organizations to verify their self-reported progress. 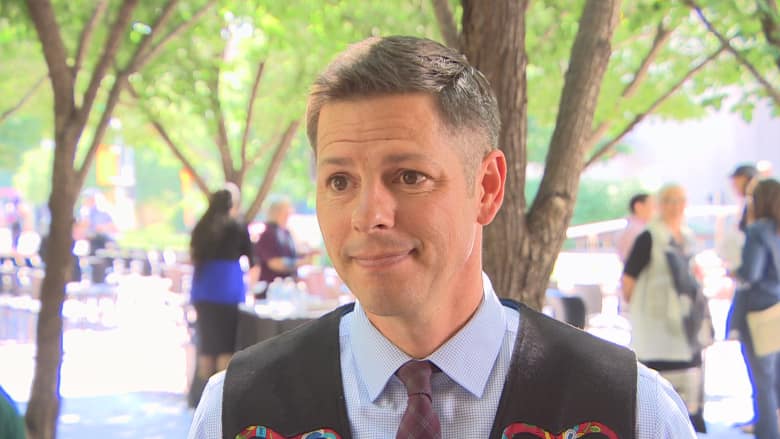 Winnipeg Mayor Brian Bowman said the accord is an aspirational document and an ongoing effort. (Walther Bernal/CBC)

“The City of Winnipeg isn’t the judge of the quality of the actions by individual organizations,” he said.

“But we have created a website in which organizations can submit their outcomes on an annual basis and report on what they’re going to work on, and that’s shared publicly so there can be that learning within the community.”

The city provided a full list of new signatories on Wednesday, which includes: