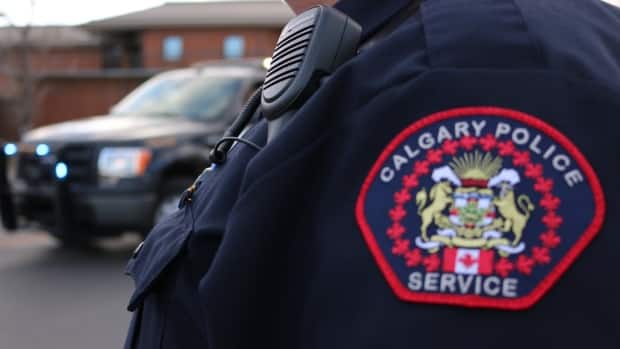 A Calgary man accused of spraying graffiti has been charged with six counts of mischief.

Grayson Reed White, 20, is accused of tagging with six different signatures, none of which are gang-related, the Calgary Police Service said Wednesday.

Police have received 90 reports of the tags “he was using as his mark,” said Staff Sgt. Mark Hatchette.

They were able to link six alleged vandalism incidents “predominantly” to Calgary Transit property, such as buses and sheds.

“We have really good video at our Calgary Transit locations, and that video prompted us to identify an individual,” he said.

White was arrested earlier this month after a specialized graffiti unit searched a home on Sherwood Heights N.W.

The joint graffiti team, made up of staff from the police, city bylaw and the transit authority, tracks graffiti styles and tags to help police find suspects.

Police allege a witness took a photo of White tagging a fence on Arbour Ridge Close N.W. on April 26, 2017. The witness called CPS, but the suspect was gone by the time they arrived, police said.

Graffiti investigators believe they have also connected White to five other graffiti incidents from May to June 2017.

In a news release, investigators noted they do not consider graffiti to be the same as public art. Graffiti, in their definition, is painted on public or private property without the owner’s consent, and may make a community “feel less safe and unkept.”

The unit has laid more than 45 charges against “prolific graffiti offenders” in the past year.

“If it is racist or hate-crime-type-related, those would obviously be bumped up,” Hatchette said. “But in this case, because of the volume, that provided us that opportunity to elevate this individual to a higher priority.”

The unit also ran an operation aimed at stopping the racially motivated graffiti painted in Ranchlands after anti-Semitic phrases targeting Islam were painted on telephone poles and buildings.

“The people responsible for these are transient in a lot of cases, and it’s very difficult for us to locate,” he said. “So that’s why we really want the public to facilitate our investigations.”

If you would like to report already existing graffiti or information about taggers, police ask you call the non-emergency line at 403-266-1234 or the city’s help line at 311. Any vandalism in progress should be reported to 911.