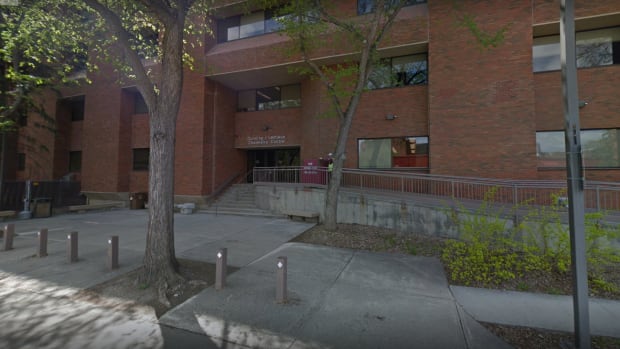 A spill in a chemistry lab at the University of Alberta during the noon hour Wednesday forced the evacuation of the Gunning/Lemieux Chemistry Centre.

Emergency crews were called after bromine was spilled onto the floor.

Bromine is corrosive in its liquid state and its vapors are toxic when inhaled. The fumes can irritate eyes and throat.

Four students were assessed by EMS, but did not require further medical care.

Less than two hours later students were allowed back in the building except for two labs on the building’s fifth floor.