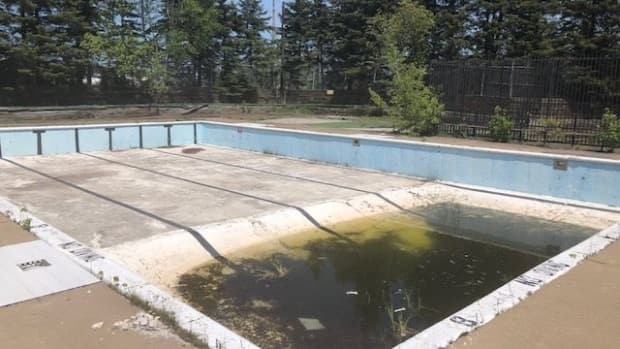 Moncton residents will have to keep their swim trunks and water wings in the closet as they wait to hear when work on the east end pool will start.

Requests for tenders for a new $2.3 million pool for the east end closed last week, but the city is still hoping to get more than half that amount from the province.

Meanwhile, the city awarded the tender for construction of the new Centennial Beach at its meeting on Monday night to Marco Maritimes Ltd. The company will build the pool for $5.45 million, including about $500,000 from the province.

The pool at the Moncton East Youth Centre has been closed since 2013, and the project has been delayed several times.

In November 2017, council was told the project was delayed again and was $1 million over budget.

The city has set aside $1.1 million for the pool.

Isabelle LeBlanc, the communications director, said in an email that the city is waiting for confirmation of funding from the province. The request was submitted in March, she said. 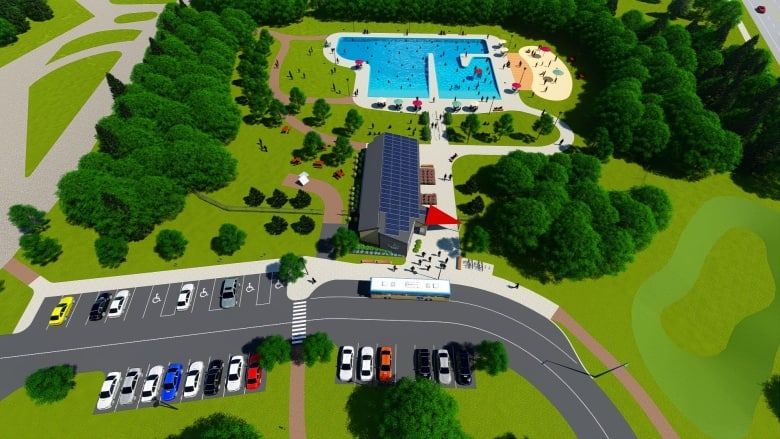 A concept picture of the new Centennial Beach project, which will have a beach and a building housing washrooms, change rooms and showers. It’s to open next summer. (City of Moncton)

“At no point did council put into any recommendation that passed successfully that the province had to come forward, otherwise this project would die,” Crossman said.

“There was direction given to have discussion with the province on additional support, but it was said last night there is no guarantee, that if the province does not come forward, this pool does not go forward.”

Coun. Paul Pellerin said that in council discussions, he’s found not all councillors are in support of the east end pool.

“You get this feeling around the room that for some people this isn’t a priority,” he said.

He said the community has always had a pool and should continue to have one.

“I think it’s time to make it a top priority,” said Pellerin.

“The community deserves it. … It’s time for us to basically step up to the plate and get it done.”

Crossman said that some councillors are hung up on the fact that the pool is a flood zone and a bad spot to sink money into.

“That doesn’t hold water with me,” said Crossman, citing other work happening in the area.

With the request for tenders closed, council will soon know how much it’s going to cost and will have to decide whether it should move forward with or without provincial help.

But Crossman is confident the province will contribute to the project.

“The minister of finance, Cathy Rogers, has been giving me her support behind this project from day one,” Crossman said in an interview.

If everything goes as Crossman hopes, the pool would be ready near the start of the summer of 2019.