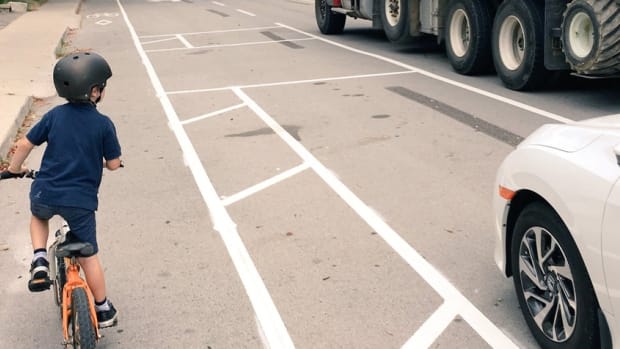 It’s possible for the city to convert Main Street to two-way traffic east of Wellington Street, says a new Hamilton plan meant to guide transportation decisions. But making it two way from Wellington to Highway 403 is too complicated right now.

This is according to Hamilton traffic planners, who presented a long-awaited transportation master plan to city council’s general issues committee Wednesday.

Converting Main Street from Wellington to Highway 403 would be a problem, said Brian Hollingsworth, director of transportation planning and parking.

It would interfere with the 403 exchange, and the city has no plan for how to handle two-way traffic flow on the busy street. Main and Queen sees 2,700 vehicles per hour during rush hour, Hollingsworth said. The capacity is only 2,400.

“There’s still a bit of a gap in terms of accommodating the existing volume.” 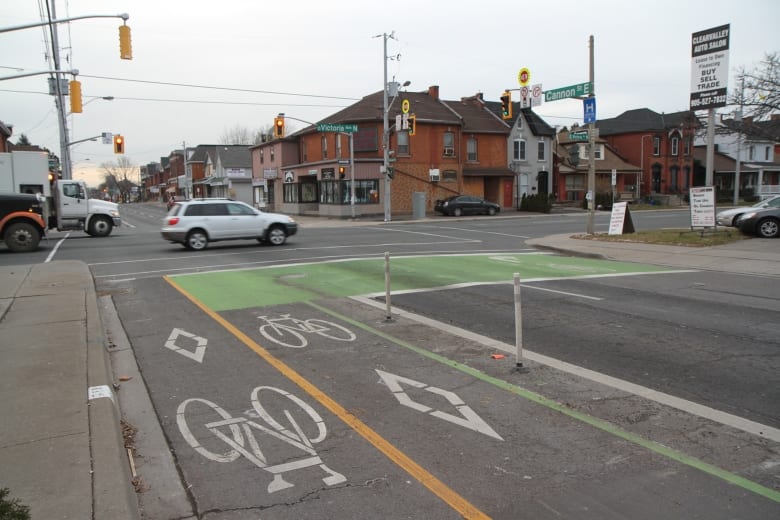 The city should encourage more people to walk, bike and take transit to alleviate congestion as the population grows, the plan says. (Kelly Bennett/CBC)

The plan is designed to guide Hamilton’s transportation decisions for the next few years.

If Hamilton sets and meets targets for walking, cycling and transit, congestion will be about the same in 2031 as it is today, the report says.

The goal is bicycle-friendly “Complete-Livable-Better” streets with zero pedestrian deaths. The city should have “comfortable, healthy and safe opportunities for people of all ages and abilities.” 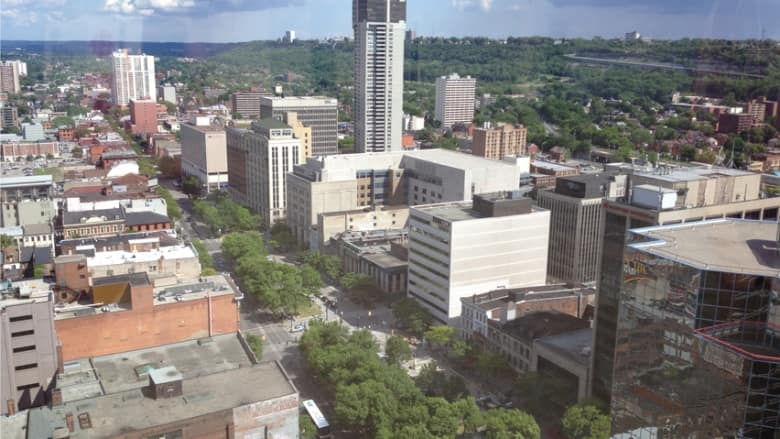 To convert Main Street to two way, the city would have to deal with traffic volume and the Highway 403 interchange, the report says. (Jessica Young/CBC)

City councillors didn’t vote on the plan Wednesday. They tabled it so staff can come back with a list of which measures are funded, and where the money might come from. And at least one councillor admitted he hadn’t read the entire 159-page report.

As for Main Street, Coun. Jason Farr still wants the city to convert it. This is especially true since the light rail transit (LRT) plan includes making King Street two way in most areas.

People are used to Main and King being one way, the Ward 2 councillor said. But examples around the world show two-way streets are safer and better for the community.

With LRT, Farr said, “we’re going to have to take a very serious look at Main Street.”

Terry Whitehead, Ward 8 councillor for the west Mountain, said LRT is all the more reason to leave Main alone. And “the traffic that we’re currently getting has demonstrated a need.”

If busy streets should be one way, Farr said during Wednesday’s meeting, that should apply to the Mountain too.

“I’m just wondering if we should consider making Upper James a one-way street.”