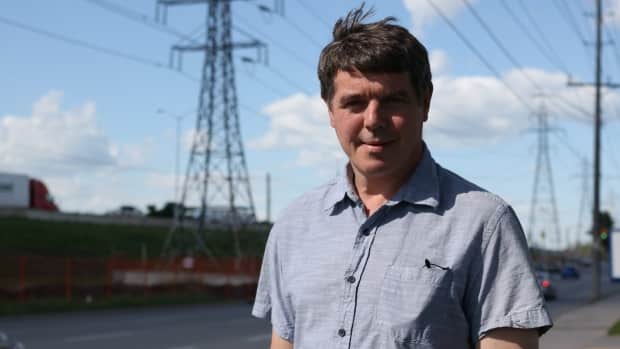 The latest Highway 417 ramp closure near Carling Avenue could potentially cause morning traffic jams on a pair of residential streets, according to one local community association.

The eastbound off-ramp is expected to shut today for at least four weeks — posing yet another disruption as Ontario’s Ministry of Transportation (MTO) rehabilitates and widens the highway between Maitland Avenue and Island Park Drive.

The MTO is urging eastbound drivers who need to get off the highway to take the Maitland exit during the closure.

But the local community association says that could cause traffic to spill onto a pair of side streets: Woodward Drive and Laperriere Avenue.

“We basically just got a two-day notice from our councillor. We haven’t heard anything from the MTO,” said Robert Brinker, vice-president of the Carlington Community Association and the chair of its development committee, on Friday.

The temporary closure comes less than three months after the on-ramp to Highway 417 eastbound near the Westgate Shopping Centre closed for good.

At the time, the province said it was closing the “low volume” ramp because of plans to both add a fourth lane to the highway and give the other eastbound ramp a proper run-up to merge with traffic.

Brinker said the Carlington neighbourhood has already seen a lot of “cut-through traffic” because of that closure, with Laperriere Avenue shouldering some of that volume.

He expects that today’s closure will only add to the problem, with drivers using the side streets to get to Kirkwood Avenue, a busy north-south street.

In an email, an MTO spokesperson urged drivers exiting at Maitland to take Carling Avenue instead.

The agency also said drivers should prepare for further closures during the highway widening project, which is not expected to wrap up until late 2020. 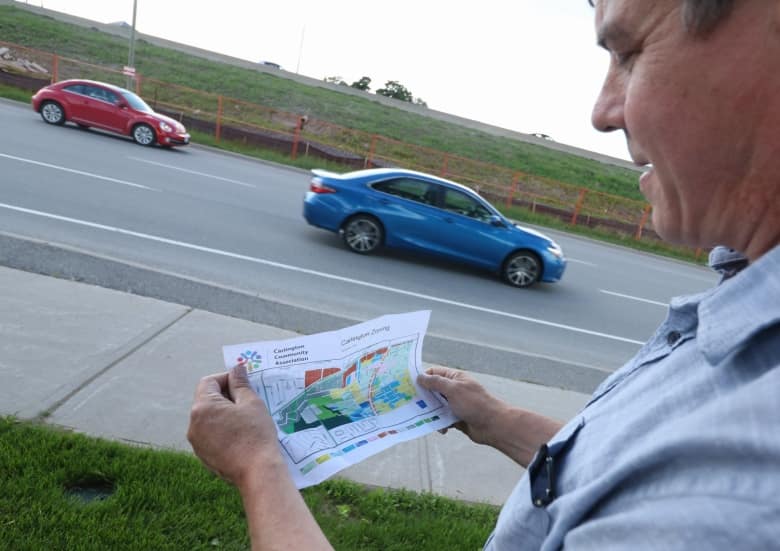 Robert Brinker, vice-president of the Carlington Community Association, holds a map of the neighbourhood as cars speed by on Carling Avenue on June 15, 2018. Brinker is concerned the temporary closure of a Highway 417 off-ramp at Carling could cause major backups on a pair of neighbourhood streets. (Trevor Pritchard/CBC)