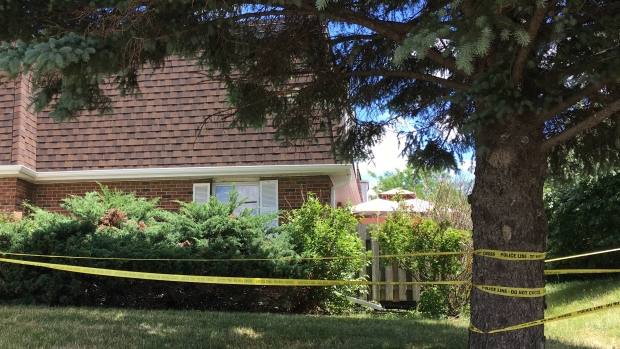 Waterloo regional police have identified the man killed in Kitchener on Monday as 66-year-old Ronald Chandler.

Officers were called to a home on Courtland Avenue East just before 9 p.m. for a report of an injured man.

Chandler was pronounced dead at the scene.

On Wednesday, WRPS said Chandler was stabbed to death.

The major crime unit is now investigating and officers are still looking to speak to a man who was seen in the area at the time.

The man is described as being in his late 20s to early 30s with a thin build and short, light-coloured hair. He was wearing a black backpack and carrying a guitar.

On Tuesday, WRPS said they were not sure if the attack was random or targeted, and they had no suspects.

Officers are warning the public to “remain vigilant” and report any suspicious activity or people immediately.