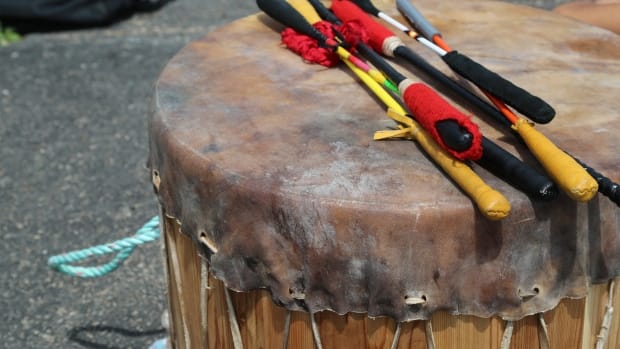 Thursday is National Indigenous Day, and there are a number of ways to celebrate in Waterloo region and in Guelph.

This will include a traditional sunrise ceremony led by local fire keeper Al McDonald and community elder Kelly Fran Davis.

Visitors can enjoy music, dancing and coffee, and after the ceremony, browse some of the exhibits at TheMuseum.

CBC Kitchener-Waterloo will have stories to mark the day on The Morning Edition, but you can also listen to a special edition of the afternoon show, Up North, which is broadcasting from the Mount McKay scenic lookout. CBC Thunder Bay is partnering with Fort William First Nation for a morning show and afternoon broadcast.

Join the Shatitsirótha’ Waterloo Indigenous Student Centre for singing, dancing, a community hand drum circle and a free barbecue. There will also be a number of speakers.

Two people will lead a session on the Red River jig, one of the most iconic Métis dances.

Kelly Fran Davis, Cayuga Nation of the Haudenosaunee people at the Six Nations territory, will be speaking at 12:45 p.m.

She was recently hired as the University of Waterloo’s Indigenization Strategy co-ordinator.

A temporary public art installation will be created throughout the day by local artists August Swinson and Luke Swinson.

An address will be given at 4 p.m.

There will be drumming, dancing and craft vendors at this celebration and a feast for the local Indigenous community.

Those taking part in a conference this weekend, called After Canada 150: Restoring Indigenous Knowledge and Building Community Connections, are also invited to attend.

Visitors can take in the short film Bihttoš, which was named a Toronto International Film Festival (TIFF) Top 10 Short Film in 2014, followed by the 2016 TIFF People’s Choice Award-winning Angry Inuk.

Stories Within The Forest

Visitors can take in the interactive sculptures and meet Indigenous and non-Indigenous artists from across the province at this one-night-only event.