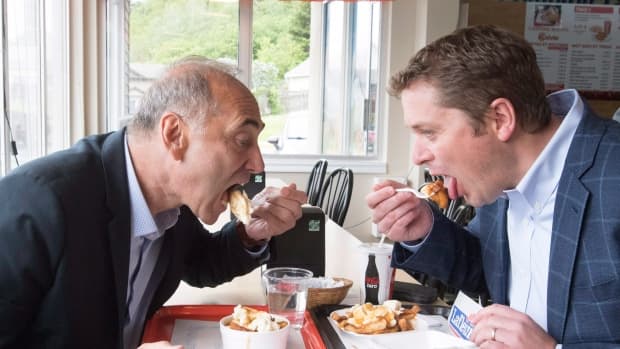 In November, the Conservative brain trust in Quebec was searching high and low for a candidate to run in a byelection that hadn’t even been called.

The Liberal MP of Chicoutimi—Le Fjord, Denis Lemieux, had just announced he was leaving politics. Veteran members of the Tories’ Quebec caucus felt they could take the riding, which is located in and around Saguenay, about 200 kilometres north of Quebec City.

It was optimism that, at the time, bordered on magical thinking. The party, after all, finished in fourth place there in the 2015 election.

But Lemieux’s departure was sudden and caught his party unaware. Tory MP Gerard Deltell was among those who believed his party had a shot if they got a jump on the campaign.

They just needed the right candidate. 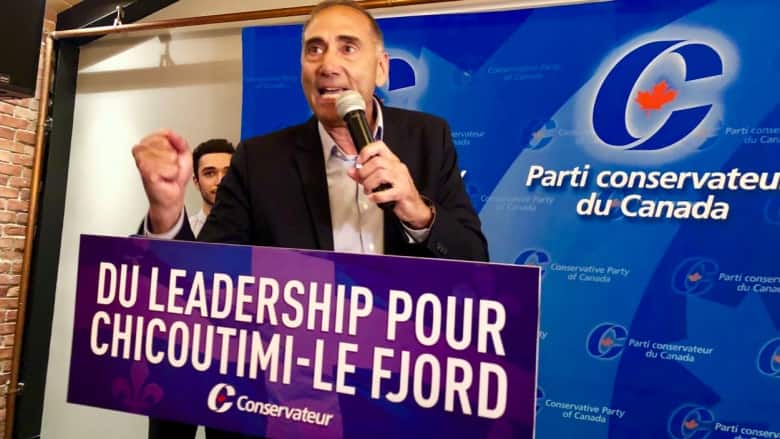 Martel, speaking after his win Monday, is well known in Saguenay, Que., as the former coach of the local major junior hockey team. (Priscilla Plamondon Lalancette/Radio-Canada)

At a meeting in November, Deltell recalled Tuesday, someone came forward and said: “I know someone in Chicoutimi.”

The speaker was Antoine Tardif, the party’s little-known chief organizer in Quebec, who is being lauded for helping revive Conservative hopes in the province.

Tardif knew Martel from his own days as a goalie in the league, where he often had to face Martel’s teams.

It was Tardif, according to a party source, who first called Martel and began the courting process. Within a month, and after some coaching by Deltell, Martel had launched his campaign.

On Monday, he delivered an upset victory for the party. It was the first time the Liberals have lost a byelection since Justin Trudeau took over as leader in 2013.

No shame in being a Tory anymore

Tardif eschews the limelight. He ducks most interview requests. But his wunderkind political resume is tough to ignore.

While studying economics and politics at McGill Uiversity, Tardif — 23 at the time — was elected mayor of his hometown of Daveluyville, Que. He beat an incumbent mayor with 66 per cent of the vote.

In 2015, he ran the federal election campaign of fellow small-town mayor Alain Rayes, who now serves as the Quebec lieutenant for Conservative Leader Andrew Scheer.

Tardif’s time as Quebec organizer has coincided with a rise in the Conservative Party’s fortunes in Quebec. They’re polling between five and 10 points higher than in 2015, most recently around the 22 per cent mark.

While that’s still well behind the Liberals, there is a sense the party is beginning to broaden its support beyond the small base it built during the Stephen Harper years.

Rayes and Tardif, with help from trusted old hands like Deltell, have helped soften the party’s image, while perceived renegades such as the libertarian Maxime Bernier have been sidelined. 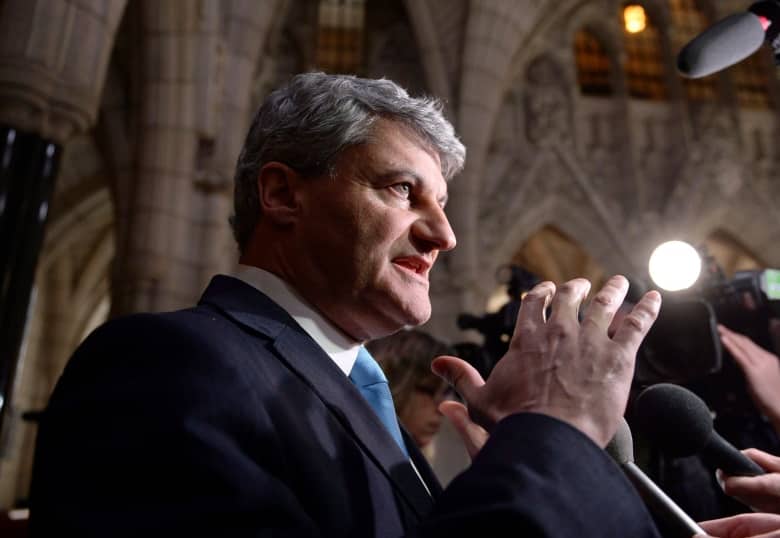 “If you go to your Christmas party and tell your family you’re going to vote Conservative, nobody looks at you and really judges you anymore,” said Carl Vallée, who worked as press secretary for former prime minister Harper.

He says the Conservatives “have become a little more mainstream. They’ve become more accepted and acceptable.”

Chicoutimi—Le Fjord is an overwhelmingly francophone riding far from Montreal that’s never been held by the modern version of the Conservative Party.

That the Conservative could win there, Vallée said, is a sign they can hope for growth in similar ridings come the next federal election.

A message to the Bloc

​The consolidation of the anti-Trudeau vote in Quebec behind the Tories has been helped, no doubt, by the woes of the Bloc Québécois and the NDP.

But the Conservatives have also carefully chosen issues that, while not major scandals, have grated on the nerves of their potential voters.

One recurring theme during the byelection campaign was Ottawa’s insistence on pushing ahead with the legalization of marijuana, despite the reluctance of the Quebec government.

“The way they rushed that through as quickly as possible didn’t go over well with people living in rural areas,” Martel told Radio-Canada on Tuesday.

The marijuana question also allowed the Conservatives to repeat their promise to respect provincial jurisdictions, which they hope will continue to appeal to nationalists left homeless by the Bloc’s collapse.

The Conservatives want those votes badly. They managed to convince Michel Gauthier, a former Bloc leader from the Saguenay area, to take out a party membership and stump for Martel.

“Michel Gauthier was a clear signal to Bloc supporters that said, ‘OK, guys, time to move on to something else,'” said Deltell.

If the win gives the Tories the appearance of momentum in Quebec, their opponents have been quick to dismiss it as a freak occurrence.

Éric Dubois, the unsuccesful NDP candidate in Chicoutimi—Le Fjord, scoffed that Scheer “looked pretty small next to Martel.” He suggested the vote was an endorsement more of the former coach’s record than of Conservative polices.

Vallée, the former Harper adviser, acknowledged that maintaining momentum for the Conservatives will depend on factors outside their control.

“Things that help the incumbent usually happen on the international scene,” said Vallée. Their support grows amid global turmoil because politics becomes about “Canadian unity and supporting whoever is in government.”

What kind of events did Vallée have in mind?

“A major financial or, I don’t know, a trade war with Donald Trump,” he said.