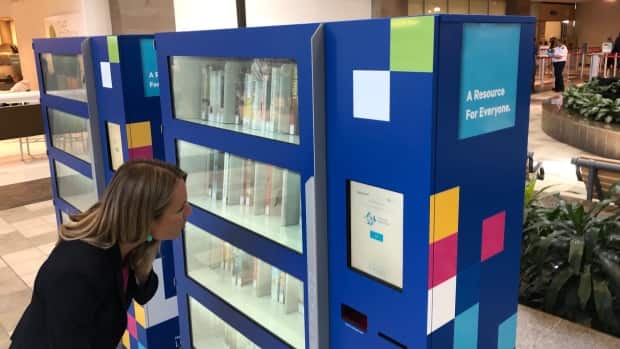 The machines are part of the library system’s move to expand services outside its traditional buildings.

“This is one of our ventures to reach out to, you know, new communities, new people that we haven’t served before. So we recognize that everyone uses the airport,” said Dave MacNeil, the manager of collections and access with Halifax Public Libraries.

The two kiosks set up at the airport resemble large refrigerators with clear doors and will hold 150 to 200 books. Everything from novels, children’s books and travel guides will be be featured in the kiosks. MacNeil said the goal is to offer a large variety of books to appeal to as many people as possible. 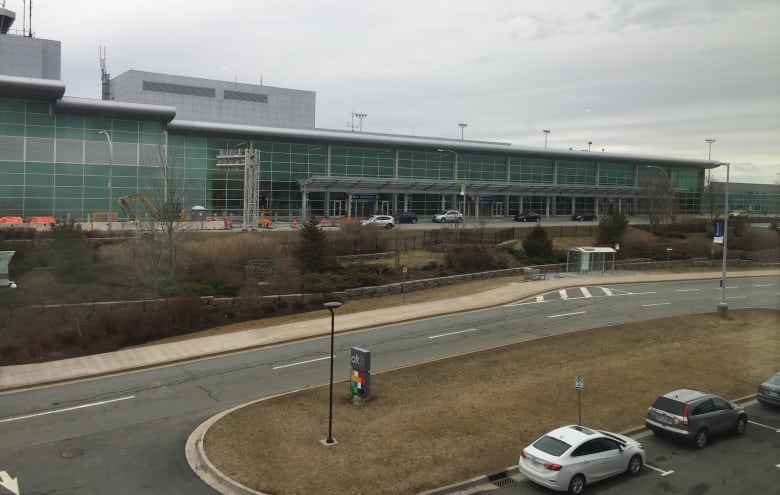 One of the kiosks is on the first floor of the airport near the check-in area and the other will be in the departures section near Gate 14.

People can return the books to the kiosks, put them in the book drop-off box near the baggage pickup or bring them to any Halifax Public Libraries branch when they return from a trip.

“We’re treating this like any one of our normal branches. The only difference is there isn’t going to be a person there all the time.”

The idea to get the public library involved with the airport didn’t come from library staff, but rather from Brian LeBlanc, a manager at the airport who thought it would be a nice service to offer air travellers. 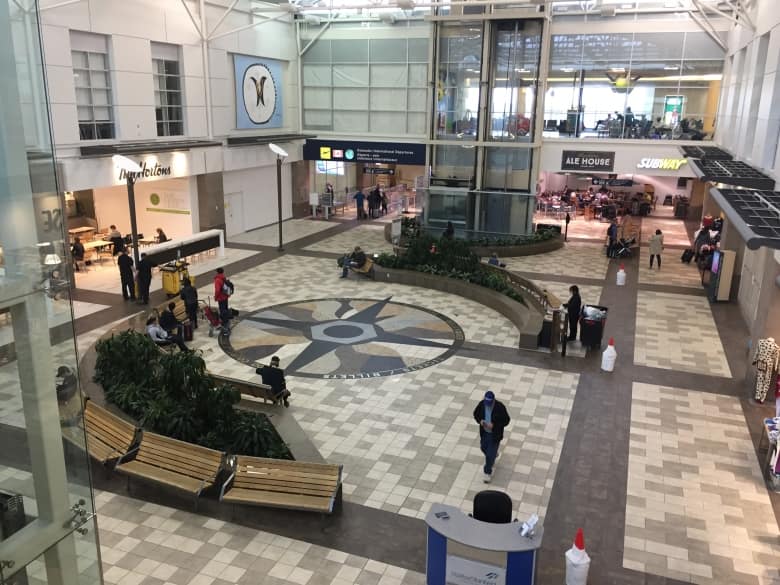 Neither the airport nor the library believe the kiosks will compete with other businesses already in the airport. (Anjuli Patil/CBC)

Last year when he was rushing to catch a flight to go on vacation, he forgot to pack a book and that gave him an idea.

“It got me thinking, is there anything that we could kind of offer? Is there a digital solution?” said LeBlanc, the senior manager of information technology at the airport.

He considered delivering reading material from the library to mobile devices as one option. But when the library staff suggested the kiosks, LeBlanc thought that was an even better idea.

“In this day and age, everybody’s busy, tied up with their devices. When you go on vacation, sometimes you just want to disconnect and there’s nothing better than having that physical book to consume,” said LeBlanc. 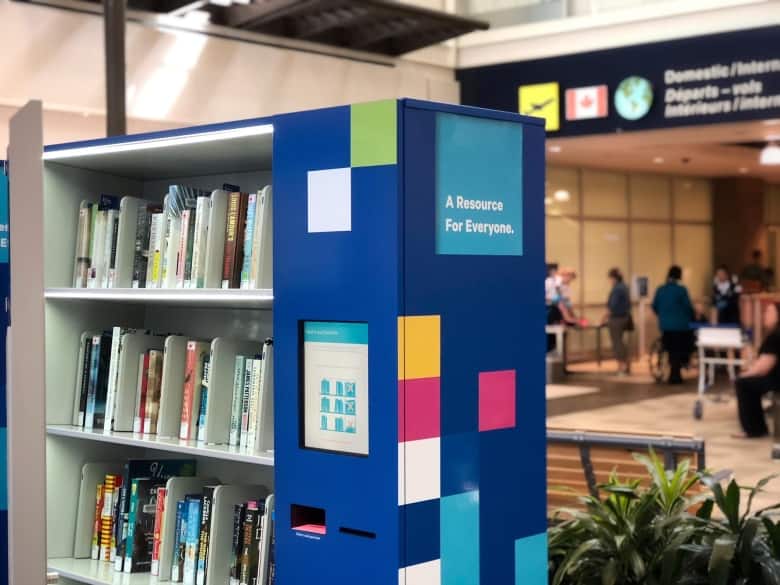 Each of the library kiosks holds 150 to 200 books on a wide variety of topics. (Brett Ruskin/CBC)

“When people travel, they travel for various reasons. You know, some travel for business, some travel for pleasure, some travel even for death. You’re not always in the right frame of mind, so anything we can do, any service we can offer as a part of the airport to make your experience that much better, we’re looking at,” he said.

The library kiosk program is soon going to be expanded. MacNeil said a kiosk will be placed in a community that may not have a library branch, although the details of where it will go and when it will be set up haven’t been worked out yet.