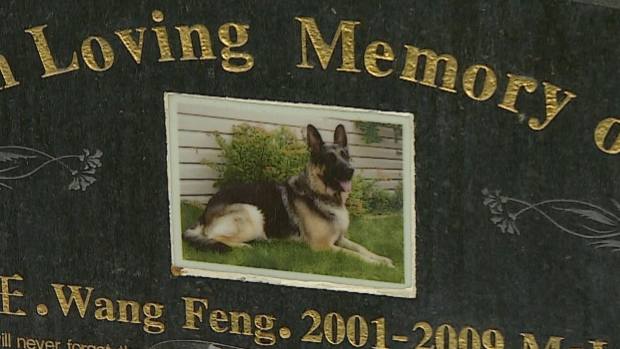 Saying goodbye to a loved one is never easy, but when that loved one happens to be a four-legged friend, dealing with that grief can be especially difficult.

People who have pets often regard them as their closest companions, and yet society doesn’t provide many places to formally mourn the loss of an animal.

Rocky View’s Country Club Pet Memorial Park is one place that does.

“It’s normal and it’s natural to grieve about your pet,” said owner and general manager Wendy Brooks. “Pets are a big part of our life and we can relate to a loss.”

For more than 40 years, the sprawling green space southeast of Calgary has been a resting place for furry friends. More than 3,000 animals have been laid to rest there, ranging from cats and dogs, to horses. 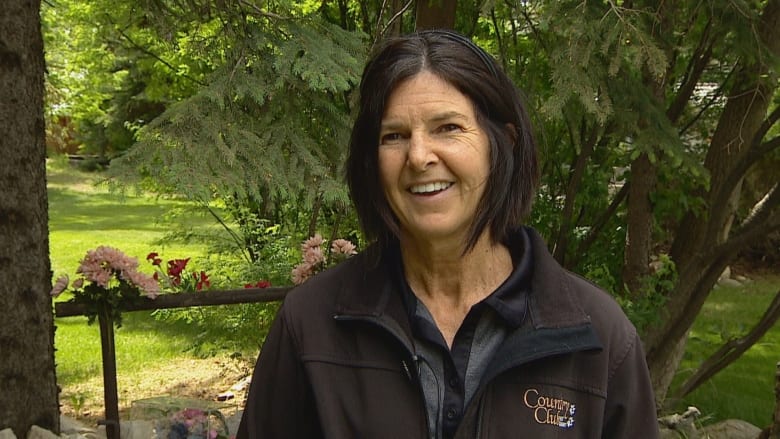 ‘Everybody grieves in different ways,’ said Wendy Brooks, owner and general manager of Country Club Pet Resort Memorial Park. ‘Here, nobody is judged on how much or how little they grieve for their pets.’ (Monty Kruger/CBC)

Similar to cemeteries designed for humans, Country Club Pet Memorial Park features burial plots, a cross garden and a mausoleum for cremated pets. There is also a non-denominational chapel where people can say goodbye to their animal companions in an individualized way.

According to Brooks, funeral services vary wildly. Some people opt for formal open-casket viewings, while others choose to sing, share some spontaneous words or simply sit in silent contemplation.

“Everybody grieves in different ways,” said Brooks. “Here, nobody is judged on how much or how little they grieve for their pets.”

For some pet owners, that grief comes with a hefty price tag — caskets range from $250 to $800 and headstones for $300 to $5,000 — but group cremation rates are also available for more modest fee.

While some may scoff at spending money, or time, on saying goodbye to a pet, the significance animal companions play in our lives is becoming greater said Dr. Dirk Dekens, a Calgary-based veterinarian.

“I don’t think you can go too far,” he said. “Not everybody has large families … a lot of people live by themselves or a lot of people are just husband and wife or same-sex partners and the pets become their children.” 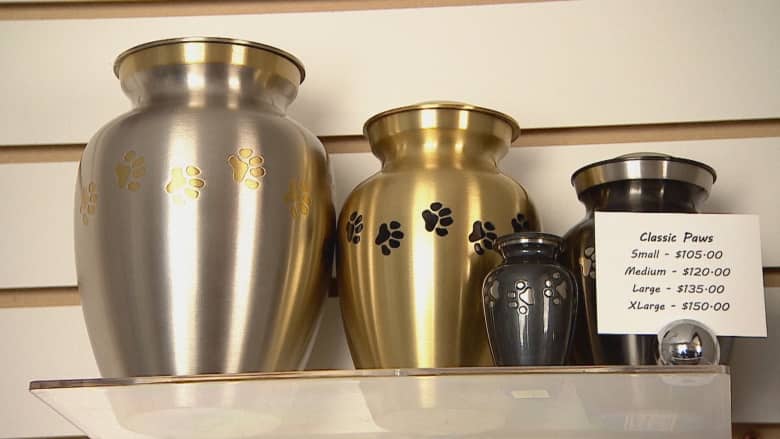 When our pets pass away, it’s important to give them a dignified and respectful send-off, said Calgary veterinarian Dr. Dirk Dekens. (Monty Kruger/CBC)

When our pets pass away, it’s important to give them a dignified and respectful send off, he said.

“We all have to grieve the loss of a pet, and we do it in our own unique way.”

Helping pet owners through a loss was so important to Jamie Hanel, that she left her job as an emergency room nurse to open Pet Heaven Crematorium & Funeral Chapel. Now, she helps pet owners through times they often find surprisingly difficult.

“People will come in and they’re almost overwhelmed that they’re grieving so hard,” she said. “They’ll sometimes say ‘I feel sadder than when my mom died. Well, it’s not that they’re sadder, it’s just that pets are uncomplicated. It’s true, pure love … and they’re so easy to love back.”

And that love can endure long after a pet has passed away, said Brooks. She said some people still come to visit they’re pets at Country Club Memorial Park decades after they’ve passed away.

“We have people whose pet has been interred here for 20 years, they come every year,” she said.