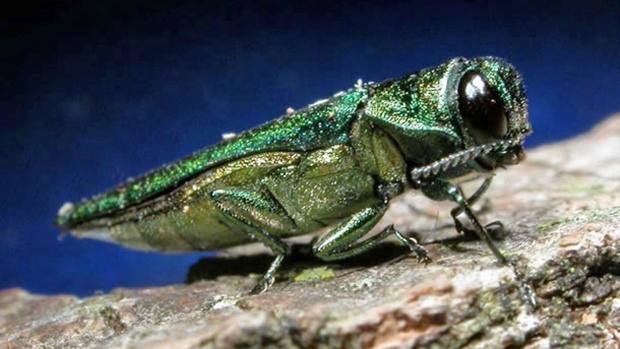 Fredericton still has to decide what to do about an expected invasion by the emerald ash borer, but first the city is making sure it knows when the beetle arrives.

The city, in partnership with Natural Resources Canada, is setting up 30 emerald ash borer traps around Grand Lake and Washademoak Lake, east of Fredericton, so it will know when the bug is close.

The project is targeting those areas because they are prime camping spots, and the ash borer has been known to travel long distances through firewood.

Mike Glynn, the city forester and assistant manager of parks and trees, said that once the bug is spotted, staff will immediately make a call to the Canadian Food Inspection Agency. 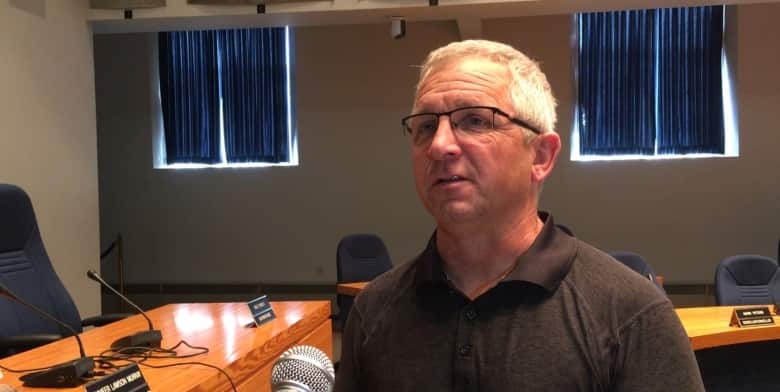 Mike Glynn says that once a tree is infested, it becomes dangerous to people walking by. (Philip Drost/CBC)

The ash-destroying beetle was discovered in Edmundston in May.

The city has already set up traps in Fredericton, a practice it began in the summer of 2016. The traps will go up at Grand Lake and Washademoak Lake later this week.

The traps are green prisms baited with a combination of chemicals and pheromones, which attract the emerald ash borer.

But they’re only accurate half the time, Glynn said. Better results come from cut cutting down branches and testing, which the city has been doing in Fredericton. 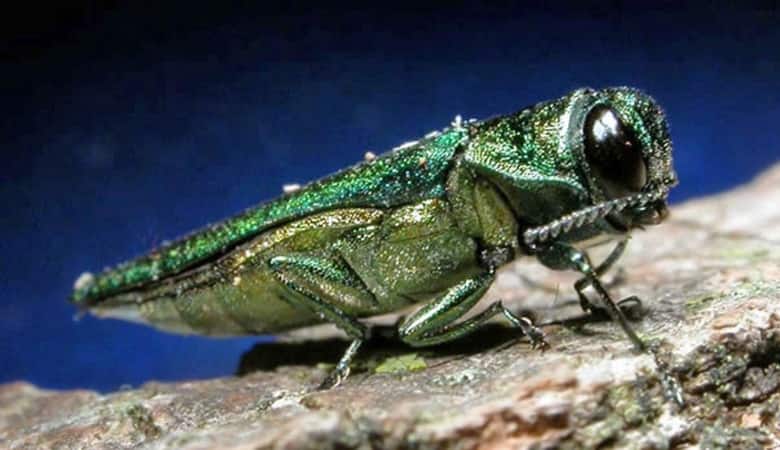 The invasive beetle, which has few enemies to keep it in check, was found in Edmundston in May and could be in Fredericton already. (The Associated Press/Minnesota Department of Natural Resources, File)

Often the symptoms of infestation aren’t obvious until the beetle is well-established in a tree, he said.

On their own, the emerald ash borer only travels about 400 to 700 metres a year, but people moving firewood from province to province allows the ash borer to travel much farther.

Glynn said it’s difficult to tell if wood is infested, so it’s best to leave firewood in the area where it was bought. 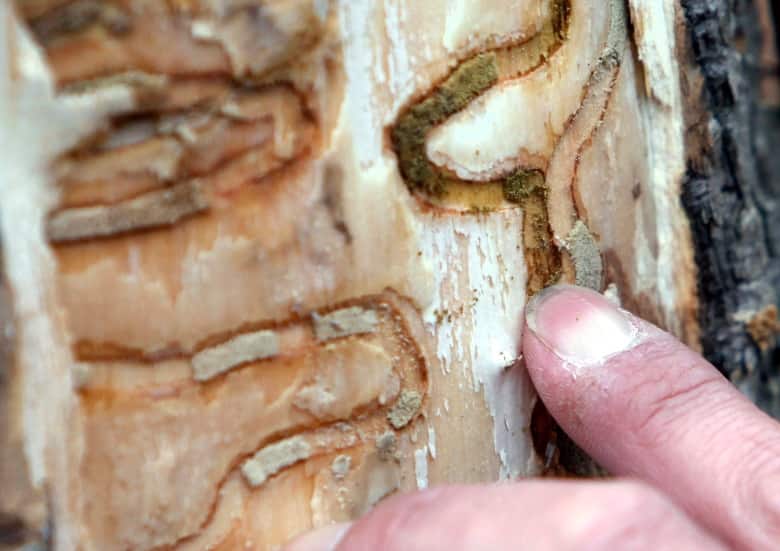 Lines beneath the bark on an ash tree show the path made by borer larvae. (The Associated Press)

Glynn said the city is starting to form an emerald ash borer action plan, deciding on treatment plans as well as planting programs.

The city will also have to decide if it wants to try inoculating any of the tens of thousands of ash trees across the city,

The city plans a meeting in July to discuss the action plan, which will be developed by city staff, members of the public, members of the Fredericton Tree Commission and officials from the Canadian Forest Service.